“The Government’s own impact assessment shows an increase in GDP of just 0.08% as a result of the deal, and the balance of gains and losses varies between economic sectors and nations of the UK." 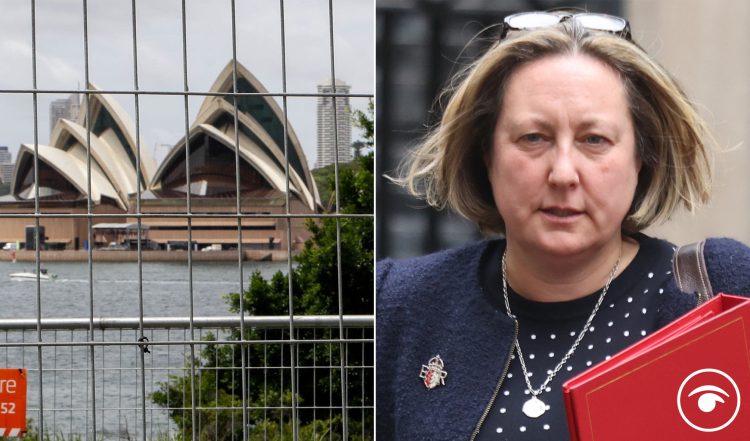 Some famous British goods could lose out under the UK trade deal with Australia, a Commons committee has said.

The International Trade Committee Chair criticised “flat-footed” Government negotiating tactics, as cross-party MPs flagged concerns that household-name British products are set to lose out under the first full trade deal to be signed since Brexit.

The Department of International Trade (DIT) hit back at that criticism, accusing the committee of “fundamentally misunderstanding” the trade deal provisions and stressing that protections do indeed exist aside from so-called “geographic indications”.

The deal has been heralded by the Government as the first negotiated from scratch since leaving the EU amid a promise that it would leave the country £2.3 billion better off.

But the International Trade Committee on Wednesday warned the Government against overselling the benefits of the deal, and called for a full assessment of the winners and losers from the agreement with Australia.

“The Government must level with the public – this trade deal will not have the transformative effects ministers would like to claim,” said International Trade Committee Chair, Angus Brendan MacNeil.

A spokesperson for the Department for International Trade rejected the suggestion that some famous products could be threatened.

they said: “This fundamentally misunderstands the fact that Australia does not currently have a geographical indications (GIs) scheme for agricultural products, foodstuffs or spirits.

“Should they introduce such a scheme, we have agreed to review our agreement with Australia to ensure UK’s finest products are protected. This is the strongest commitment that Australia has made towards setting up a GI scheme in any of its trade deals.”

While the committee praised parts of the agreement – notably provisions on forced labour, modern slavery and human trafficking – other areas came in for criticism.

In particular, the committee report criticises the Government for failing to secure protection for the names of certain food and drink exports, such as Melton Mowbray pork pies, Scotch whisky, Welsh lamb and Irish cream liqueur.

According to the parliamentary committee report, it remains legal in Australia under the deal to impersonate these products.

In the 174-page report, cross-party MPs note that lifting almost all tariffs on agricultural imports will amount to a significant change, potentially setting a precedent for deals with other food-importing states.

An agreed reduction in tariffs on food and drink is unlikely, the committee said, to make a noticeable difference for shoppers.

A bottle of Australian wine, for instance, may only become a few pence cheaper.

“This is such a modest amount that it will have less impact on the retail price of a bottle of wine than the consequences of fluctuations in currency exchange rates,” the report concludes.

The trade committee has previously clashed with International Trade Secretary over the deal, accusing Anne-Marie Trevelyan of dodging scrutiny.

The MPs also express disappointment that tariff-free Australian food will not be required to meet UK food production standards, with particularly concerns raised over pesticide use.

The Government has been urged monitor the situation, in case it leads to unfair competition for farmers.

“The Government’s own impact assessment shows an increase in GDP of just 0.08% as a result of the deal, and the balance of gains and losses varies between economic sectors and nations of the UK,” Mr MacNeil said.

“We have also found multiple examples where the Government’s flat-footed negotiating has led to significant concessions being given to the Australians without securing all possible benefits in return.

“For example, the Government has increased access for food produced to lower standards than would be legal in the UK, yet did not secure geographical protections for iconic British goods, such as Melton Mowbray pork pies or Scotch whisky.

“This means there is nothing preventing UK goods from being impersonated ‘Down Under’.

“As the first wholly new trade deal since Brexit, this agreement sets a precedent for the future. It is vital that the Government learns from this experience and negotiates harder next time around to maximise gains and minimise losses for all economic sectors and parts of the UK.”

The DIT spokesperson said: “Our landmark trade agreement with Australia will unlock £10.4 billion of additional bilateral trade, support economic growth in every part of the UK and deliver for the 15,300 businesses already exporting goods to Australia.”

“We have always said that we will not compromise the UK’s high environmental, animal welfare or food safety standards, and the independent Trade & Agriculture Commission recently concluded that the deal does not undermine the UK’s robust domestic protections.”