The Daily Express cast Mr Johnson as “wounded” but “liberated”, while The Times said it is "Game over" for the prime minister. 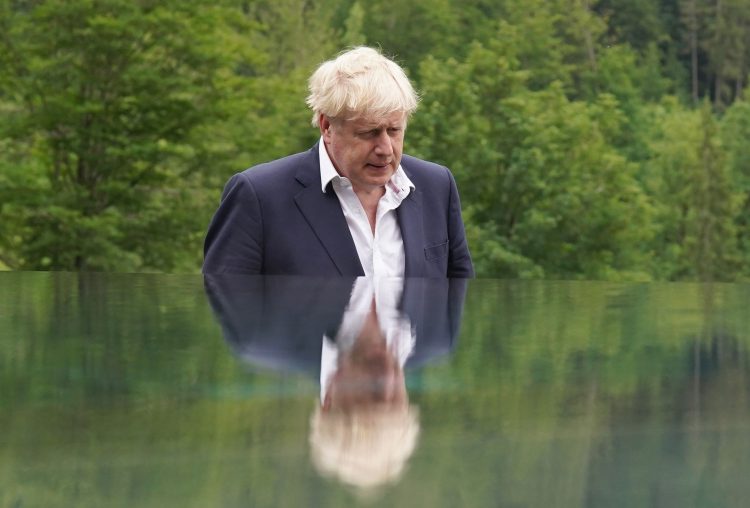 The national mastheads paint a grim picture for the Prime Minister after Rishi Sunak quit as chancellor and Sajid Javid resigned as health secretary.

“Game over”, declares the headline of The Times’ leader, which adds it “is a mistake” for the Prime Minister to continue clinging to power because he “has lost the confidence of his party and the country”.

“There is no conceivable chance that Mr Johnson, who failed to secure the backing of 148 MPs in a confidence vote last month, can recover his authority to provide the effective leadership that the country needs at a time of acute national crisis,” the leader says.

“Every day that he remains deepens the sense of chaos. For the good of the country, he should go.”

Inside the paper, columnist Iain Martin described the chaos within the Government as he expressed limited hopes for Mr Zahawi’s tenure at No 11.

“There was a mad scramble by a deluded Team Boris as they tried to identify a person, any person, prepared to accept the second most important political post in the country and risk being the shortest-serving holder of the office of Chancellor of the Exchequer,” Mr Martin wrote.

The Scot said the names of former health secretary Jeremy Hunt and Defence Secretary Ben Wallace were being mentioned as potential successors to Mr Johnson.

Ex-Brexit minister Lord David Frost said Mr Johnson should quit his post or risk “taking the party and the Government down with him”, adding in his piece for the Telegraph that following Tuesday’s resignations “other Cabinet ministers now need to consider whether they are truly happy with the current direction of travel”.

Mr Wallace, however, had no time for “political parlour games”.

The Sun’s political editor Harry Cole tweeted the Defence Secretary had said: “To be clear, I am going on Thursday to see brave Ukrainian men and women training to fight for their lives and their country.

“I wont be indulging in political parlour games nor will I be resigning.”

The Daily Express cast Mr Johnson as “wounded” but “liberated”, with the paper’s front page saying the PM was fighting on with a vow to cut taxes.

Daily Mail columnist Stephen Glover praises the PM as “an exceptional politician who stands head and shoulders above almost all other members of the Cabinet”.

The politician will be revered for delivering Brexit, despite the “chief flaw” of “his reluctance to tell the truth, which has marked him out even in a profession not celebrated for its veracity”.

“But after all that has happened, and despite his achievements, he appears now to be a doomed Prime Minister. Yes, what a waste and a tragedy it has been,” Mr Glover writes.

The PM’s father Stanley Johnson was convinced his son would carry on as he accused of others of “playing the man and not the ball”.

The 81-year-old told the Mail: “I am 100 per cent behind him. One hundred per cent and I am absolutely convinced that he will carry on.”

The older Mr Johnson would not be drawn on his personal communication with his son in recent days.

“But believe me this is a man, who is a robust man and he will not fold up the flag and sneak away. He believes that is the right thing to do,” he said.

“I hope Boris toughs it out. Lessons learned playing the Eton Wall Game should stand him in good stead. An eye for a tooth!”

Guardian columnist Polly Toynbee believes the manner and precise timing of the PM’s departure is the “only question left”.

“Very few expect him to fight the next election. The 1922 Committee could change the rules instantly overnight and hold another leadership vote, with all the signs that he would lose next time,” she wrote.

“Or they may wait for next week’s election of a new committee minded to change the rules to allow another attempt at defenestration within the year.”