"Genuinely one of those people you hear about writing to murderers in prison and getting married to them," wrote one person on Twitter. 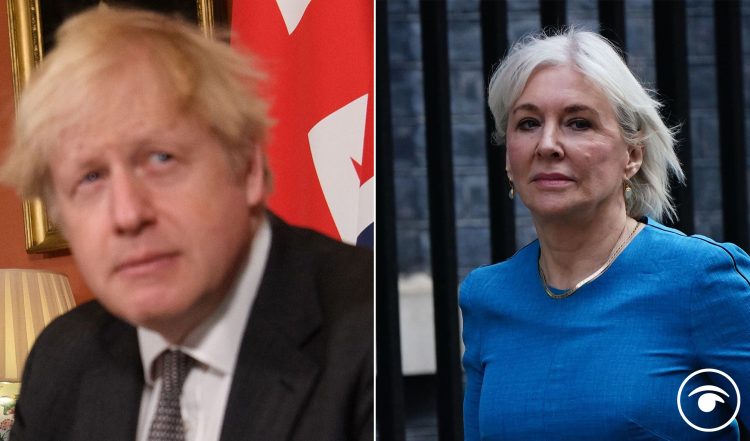 If anyone was in any doubt, the last person who will be left in the bunker with Boiris Johnson is Nadine Dorries.

It comes as one of the ministers who was asked to pedal Boris Johnson’s false account of the Chris Pincher affair has resigned.

Will Quince confirmed he was leaving his role as minister for families and children, referencing ‘inaccurate’ briefings from Number 10.

Nothing will stop Dorries though, she tweeted: “I’m not sure anyone actually doubted this, however, I am 100 behind @BorisJohnson the PM who consistently gets all the big decisions right.”

Surely she is the last Tory who still rolls out that line. Even Johnson doesn’t say it anymore!

She was also filmed rushing to be by his side last night.

And as night follows day, the people of social media did their thing: