"There are so many better ways to spend billions of pounds of taxpayers’ money than on a project that won’t light a single lightbulb for at least a decade.” 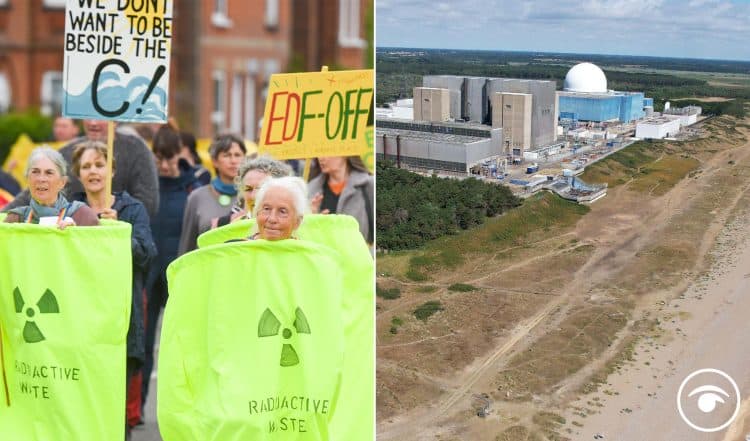 Boris Johnson, who seemed to have gone AWOL from the last days of his time as PM, has greenlit funding for a new multibillion-pound nuclear power station.

Whitehall sources confirmed the Prime Minister and Chancellor Nadhim Zahawi have given the go-ahead for financing for the construction of the Sizewell C nuclear reactor in Suffolk.

Private funding will be sought for the project estimated to cost £20-30 billion.

The Government is then set to make a final decision on public investment early next year, with it expected to buy a 20% stake in the plant, costing up to £6 billion.

A Government spokeswoman said: “Nuclear power has a key role to play as we work to reduce our reliance on fossil fuels and exposure to volatile global gas prices.

“Negotiations are still ongoing on Sizewell C and as these are active and commercially sensitive discussions we cannot comment further.”

In response, the Stop Sizewell C campaign group said: “Whatever way you look at it, this is a very dodgy decision. Has it been made by a lame duck PM who is not supposed to tie the hands of his successor, or was it in fact made before Sizewell C was granted planning consent, lending serious weight to our conviction that this was a prejudiced, political decision?

“Our next prime minister should call Sizewell C in: there are so many better ways to spend billions of pounds of taxpayers’ money than on a project that won’t light a single lightbulb for at least a decade.”

This decision has been met with concern online: