"You have to blame the government for this whole sorry mess. The industry is out of control and it's our rivers and beaches that are picking up the tab for that profiteering." 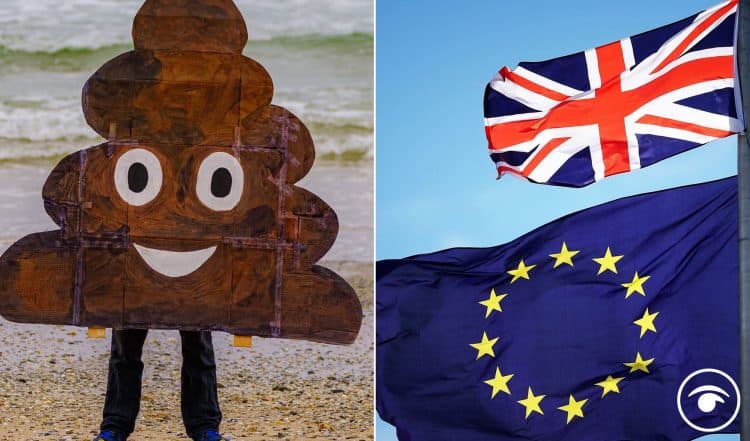 The prime minister’s own father has said Brexit is to blame for the UK’s current sewage predicament.

Speaking on LBC, Stanley Johnson said Britain was known as the “dirty man of Europe” before joining the European Economic Community, now the EU, in 1973.

Stanley said European regulations, which he was involved in writing, had transformed the quality of bathing water around the whole of Europe”, adding the UK “really did get a cleanup”.

Pressed on the subject this morning, Feargal Sharkey confirmed the PM’s dad’s analysis, saying you have to blame the government for this “whole sorry mess”.

His claims appear to be supported, at least in part by Full Fact.

They report that in recent weeks the government has allowed water companies to discharge sewage into rivers due to Brexit disrupting deliveries of water treatment chemicals.

Water companies are required to have a permit to discharge untreated sewage into surface waters or groundwater.

The Environment Agency says that “permits contain conditions that control the quality of the effluent you can discharge”, but that companies may not be able to comply with these conditions if they cannot get water treatment chemicals due to a number of reasons, including the pandemic, supply chain failure and “the UK’s new relationship with the EU.”

They conclude: “So Brexit has been at least cited as a factor which might allow water companies to increase how much sewage they discharge.”

Environmentalist Julia Hailes was furious in an interview with Sky News, she said: “They are putting pollution in the water at common bathing spots.

“People are literally sitting next to sewage pipes and swimming in the water, and they are getting violently sick like my son.”

The Government is unlikely to take serious action in the foreseeable future over sewage overflows along the UK coastline, a campaigner has said.

Pollution warnings were put in place across more than 40 beaches and swimming spots in England and Wales earlier this week after heavy rain overwhelmed sewer systems, leading water companies to release sewage into the natural environment.

Alerts were still in place for beaches in Devon, Kent, Lancashire, Cumbria, North Yorkshire, Lincolnshire, Essex, Somerset and Norfolk as of Sunday afternoon.

However, Neil Cutts, an activist from Surfers Against Sewage, said he does not have the sense that anyone in the current or the incoming government is prepared to do anything to tackle the issue.

Speaking to Times Radio on Sunday, Mr Cutts said the overflows are happening on almost a weekly basis in some areas like Brighton and Cornwall, and not just when there is heavy rainfall.

Asked whether anyone in government appears prepared to respond, Mr Cutts said: “Unfortunately, no – not at this time because it’s not a new thing.

“Surfers Against Sewage, by the name, has been campaigning for this since the 90s.

“It’s got slightly better but it’s still not changed and unless there is some quite serious legislation brought in by the Government who is in power, it’s going to continue for the foreseeable future.”

On how water companies respond to Surfers Against Sewage’s calls for investment in the infrastructure, Mr Cutts said: “They tend to not listen, to be honest.

“They tend to hide because they are protected slightly by the Government as well – and a series of governments, not just the one that’s currently in power at the moment.”

Mr Cutts also said they get fined “peanuts” by the regulator Ofwat in comparison to what they make.