"So even if you never catch a train, you're still sending us money. But before you say, 'ah, we've left the EU', that doesn't make a difference." 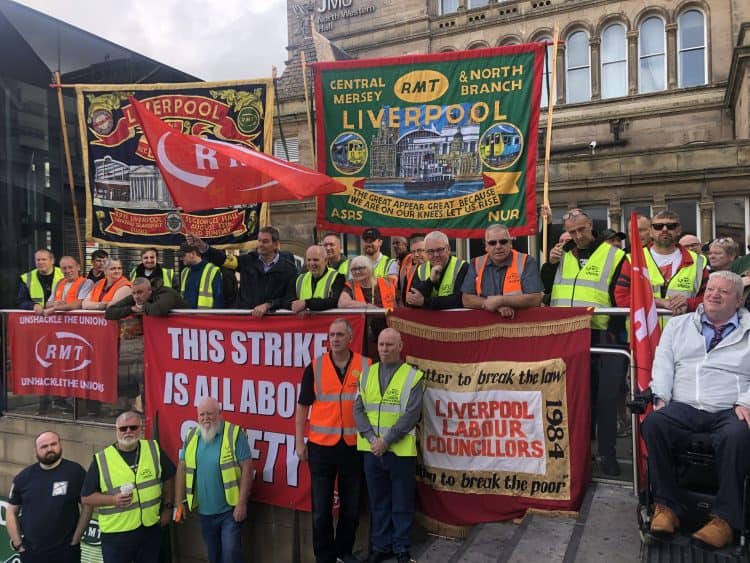 A video mocking the British rail system has gone viral again as workers walk out over pay disputes.

Grant Shapps has urged the head of the Rail, Maritime and Transport (RMT) union to put Network Rail’s pay offer to workers for a vote as strike chaos continues.

In a letter to RMT general secretary Mick Lynch on Saturday afternoon, the Transport Secretary said the railway operator’s proposal of an 8% pay rise over two years is “fair” and members should have the opportunity to resolve the dispute.

He also called on the union to accept proposed reforms to modernise the railway sector.

“Our members are not going to be bribed”

Mr Lynch rejected Mr Shapps’ suggestion that RMT members would agree to the current offer if it was put to a vote, as he spoke to broadcasters on Saturday morning.

Asked on BBC Breakfast whether he had evidence of this, Mr Lynch said: “Absolutely, I did a meeting on Wednesday evening, the night before the strike of 14,000 RMT members, in an online rally and our members are out today demonstrating.

“I speak to thousands of our members every week, we consult at least 600 Network Rail reps on a weekly basis and we know exactly what the mood of our members is.”

Mr Lynch also claimed that members of the smaller TSSA union, who voted to accept a pay deal, “have been bribed to break this strike”.

He said: “Our members are not going to be bribed, the offer is puny and they’re not ready to accept it.”

As the row continues a viral video from 2017 has gone viral all over again.

In the clip representatives of “the people” of France, Netherlands and Germany “thank the British people” for allowing their “publicly owned rail networks” to “buy up your rail network”.

They add: “In 2012 we got £ 3 million just from Greater Anglia. Not only that, the British taxpayers pay our franchises massive subsidies, without which we could never make a profit.

“So even if you never catch a train, you’re still sending us money. But before you say, ‘ah, we’ve left the EU’, that doesn’t make a difference.

“In fact, the Tory government want to privatise even more, which means we can take over even more.

“So to the British people we want to say, thank you.”