MPs were also warned that the UK could be “50,000 customs agents” short of what is needed when import regulations are enforced from April. 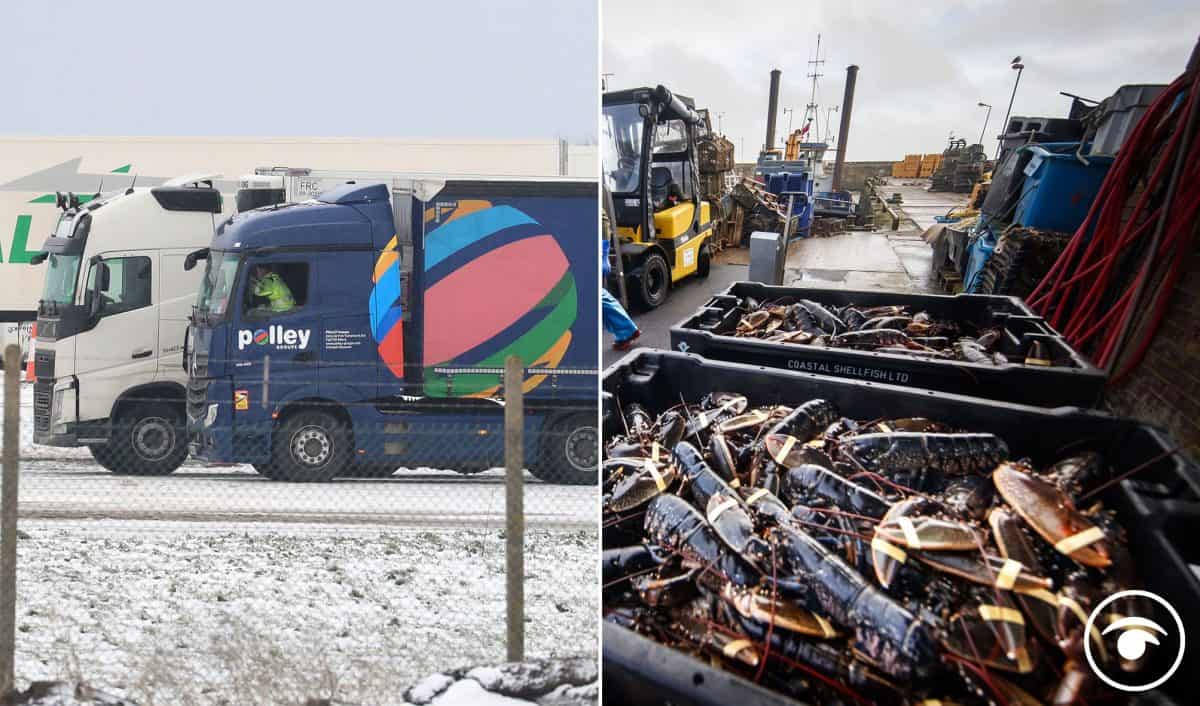 Food industry bosses have condemned Brexit as an “unmitigated disaster” and claimed the cost of disruption has caused some firms to shut for good.

Sector leaders also told MPs on the International Trade Select Committee that companies will struggle to recover lost exports as a result of Brexit.

Ian Wright, chief executive of the Food and Drink Federation (FDF), said food exports have been cut by at least half since the start of January despite the Government’s last-minute Brexit deal.

He told the committee: “We agree with other trade groups that food exports to the EU have declined by 50-60% in January.

“That may be because companies have stockpiled three or four months of goods on the other side of the Channel and they may bounce back, but that is a big number to recover in the next few months.”

He stressed that he was “particularly concerned” about uncertainty among officials overseeing new trade checks.

“This is not trivialising it, but in many cases they are making it up as they go along, because they don’t know what would happen with particular certificates,” he said.

Mr Wright also warned that the UK could be “50,000 customs agents” short of what is needed when import regulations are enforced from April.

Marine and fisheries consultant Terri Portmann told MPs that seafood businesses are already shutting amid the impact of Brexit disruption.

“It has been an unmitigated disaster,” she said.

“We have already seen seafood businesses who heavily relied upon an export market close their doors – companies that have been around for 30-40 years.

“And I suspect there are many more that are currently hanging on by their fingernails and going bankrupt slowly, because part of the problem is that with fresh seafood products, you can’t stockpile.”

Ms Portmann called on the Government and UK retailers to help support the country’s seafood sector amid the pressures on imports.

“I think there is a lot more that can be done to sell UK food within the UK – I would particularly like to see Government procurement step up,” she said.

“UK supermarkets could do much more to connect to regional harbours and auctions and get more British fish on the counters.”