Anyone for Weetabix and baked beans? We pick 10 of the best unusual food pairings. 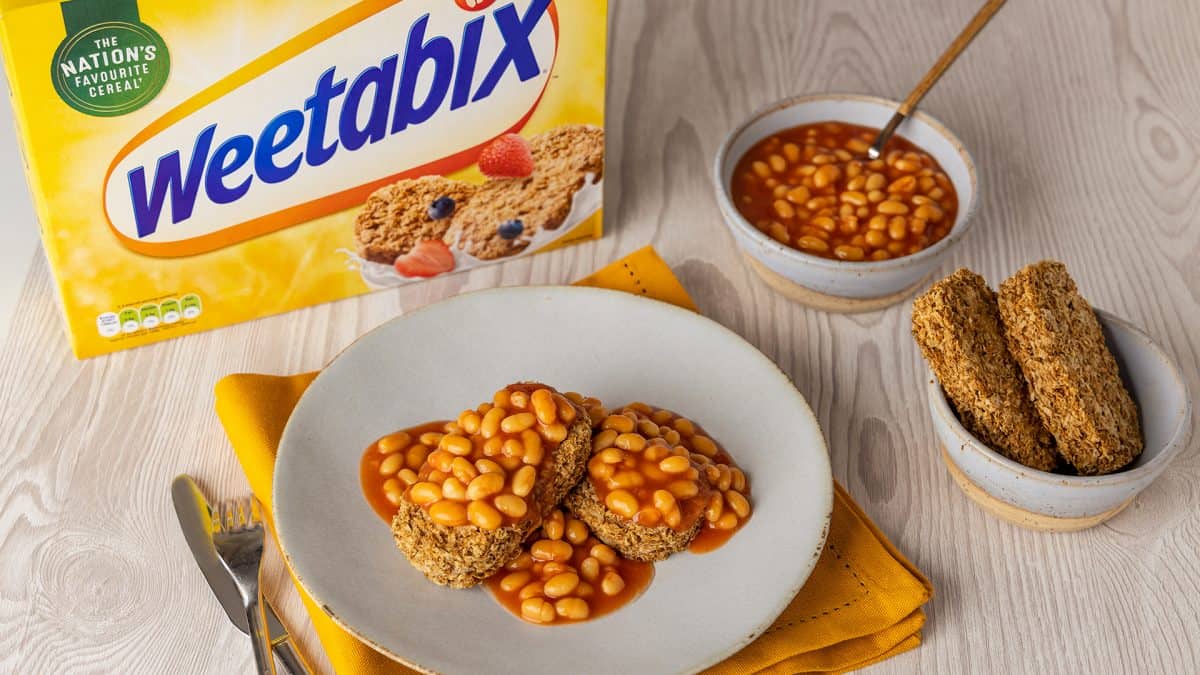 Weetabix caused outrage earlier this week after sharing an unusual serving suggestion on Twitter. Asking “Why should bread have all the fun, when there’s Weetabix?”, the cereal brand accompanied the question by a deeply unsettling photo of two Weetabix biscuits slathered with Heinz baked beans. Countless accounts were quick to reply, with responses from the likes of KFC, the NHS, National Rail, Specsavers, and even West Yorkshire Police. Alongside sparking debate, the post has been a major talking point, also inviting plenty of conversation over weird food combinations. We pick 10 of the best unusual food pairings that actually work.

Particularly popular in parts of West, Central, and Southern Africa, peanut butter is commonly teamed with beef in a variety of delicious recipes. The combination is also popular in other parts of the world, but is still considered unusual in the UK. In addition to groundnut stew, the pairing works well with peanut butter as a burger topping, or on an all-beef hot dog.

Although avocadoes have been popular bases for chocolate desserts in health food circles for time, the pairing is still considered somewhat unusual. In what’s possibly the most parodically Millennial dessert of all-time, the fruit’s buttery texture makes it a perfect ingredient for dairy-free, vegan-friendly chocolate mousse recipes, simply mixed with raw cacao or melted dark chocolate.

When McDonald’s shared a Facebook post encouraging people to dip fries into their milkshakes, the entire notion was met with plenty of fervorous disgust. People have been dipping fries in milkshakes and ice cream for years, however. While the combination seems unusual, it’s scientifically proven to work, thanks to the perfect balance caused by an accumulation of polar opposites: hot versus cold, crispy versus soft, salty versus sweet. The result won’t be for everyone, but the combination is certainly interesting.

Particularly popular in China, chicken cooked in Coca-Cola is significantly greater than the sum of its parts. Especially suited to chicken wings, slow-cooking the chicken in liquid helps to tenderise the meat, while the Coca-Cola reduces and caramelises to produce a sweet, sour, sticky glaze. Even better when bolstered with soy sauce, ginger, chilli, and cashew nuts.

A flavour combination widely associated with Elvis Presley – who was particularly fond of bacon, banana, and peanut butter sandwiches – bacon and banana is another unusual food pairing that perfectly balances both salt and sweetness. Even better when the bananas are slightly caramelised, served with smoked streaky bacon on thick, fluffy pancakes or waffles.

A tried-and-tested Italian combination, balsamic vinegar is less typical than cream or even sugar as a go-to topping for strawberries, but the unusual combination works well. The intensely savoury balsamic vinegar flavour manages to lure even more sweetness from strawberries, further highlighting their natural juiciness. (N.B. Strawberries are also great with black pepper, or with basil).

Although having become hugely popular over the past five years, with some of the world’s biggest chocolate producers even combining the two ingredients, chilli with chocolate is still considered unusual by so many. Both have plenty of similarities, however, and like coffee and wine, different chillies and cocoa beans have different nuances based on a large number of factors. In being dried, those flavours also develop further, ultimately creating an endless list of subtle flavour differences. The world of pairing chocolate and chilli is therefore complex, with certain chillies pairing better with different chocolate, each accentuating the other’s less prominent notes.

A paste made with shrimp and other crustaceans, salted and left to ferment for one-to-three months, bagoong is particularly popular with green mangoes in the Philippines. Also delicious with ripe, juicy mangoes, the shrimp paste works especially well with the sourness of green mangoes, which compliments the bagoong’s intense flavour profile with sweet, salty, and spicy notes.

“An apple pie without the cheese is like a kiss without the squeeze.” Or so the old saying goes. While both apple pie and Cheddar originate from the UK, the combination is generally considered unusual outside the United States (specifically in New England and the upper Midwest). Apple pie is synonymous with dairy-based sauces, however, and the addition of mature Cheddar in place of cream adds a little saltiness as well as additional textural depth. Try chunks of Cheddar alongside the apple pie, or even baked into the pie’s filling or crust.

Ice cream doused with hot sauce sounds unusual, but on paper it makes sense. Typically drunk in huge quantities after eating hot chillies, milk has a neutralising effect, thus restraining some of the sauce’s spiciness, allowing the chillies’ complex flavours to develop on even the most spice intolerant palates rather than being overwhelmed by heat. Chilli and chocolate is a time-honoured classic, but sweetcorn ice cream with a dash of less vinegary hot sauce is also worth a try.