“These figures confirm that not only has the UK had the worst death toll in Europe, we’re experiencing the worst economic crisis of any major economy." 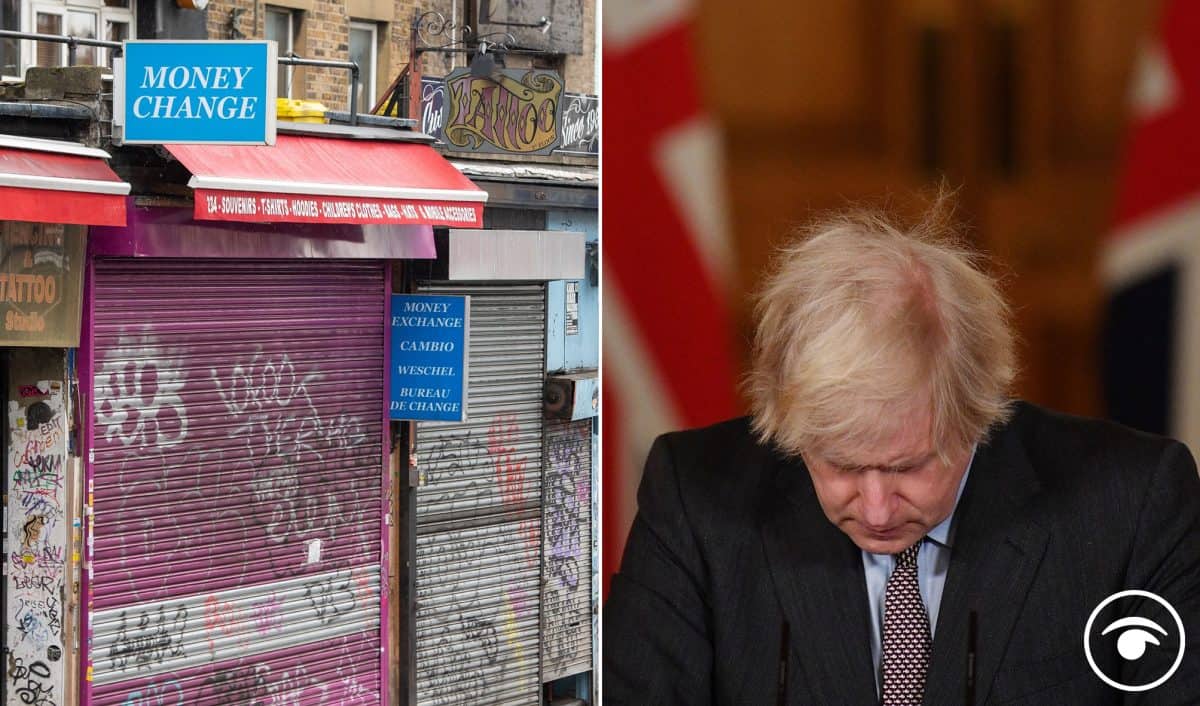 The Office for National Statistics said gross domestic product (GDP) fell by 9.9% in 2020 as no sector of the economy was left unscathed by lockdowns and plummeting demand during the pandemic. It was the biggest fall in annual GDP since the Great Frost of 1709, when the economy shrank by 13%.

However, after registering a 1.2% growth in December, despite strong restrictions across large parts of the country, the economy looks set to avoid what could have been its first double-dip recession since the 1970s.

A double-dip means two recessions within a short period of time, while a recession is defined as two consecutive quarters where the economy contracts.

Suren Thiru, the head of economics at the British Chambers of Commerce, said: “Despite avoiding a double-dip recession, with output still well below pre-pandemic levels amid confirmation that 2020 was a historically bleak year for the UK economy, there is little to cheer in the latest data.”

All four sectors tracked by the ONS saw a drop in output, the statisticians said, with the highest drop coming in the construction sector, which contracted by 12.5%.

ONS deputy national statistician for economic statistics Jonathan Athow said: “Loosening of restrictions in many parts of the UK saw elements of the economy recover some lost ground in December, with hospitality, car sales and hairdressers all seeing growth. An increase in Covid-19 testing and tracing also boosted output.

“The economy continued to grow in the fourth quarter as a whole, despite the additional restrictions in November.”

The economy was helped in December by an easing of lockdown restrictions that had been in place in parts of the country in November. It was also aided by increased buying in the run-up to Christmas, and stockpiling ahead of the end of the Brexit transition period

The health sector grew by 2.4% after being involved with running coronavirus testing and tracing schemes across the UK.

Chancellor Rishi Sunak said the figures revealed the “serious shock” the pandemic has had on the economy.

He added: “At the Budget I will set out the next stage of our plan for jobs, and the support we’ll provide through the next phase of pandemic.”

Shadow chancellor Anneliese Dodds said: “These figures confirm that not only has the UK had the worst death toll in Europe, we’re experiencing the worst economic crisis of any major economy.

“Businesses can’t wait any longer. The Chancellor needs to come forward now with a plan to secure the economy in the months ahead, with support going hand-in-hand with health restrictions.”

She called for a “smarter furlough scheme” as the current system is set to run out in April, as well as an extension to the business rates holiday and the VAT reduction for hospitality and tourism companies.

The 9.9% fall marks the worst year for the UK economy since records began.

GDP was first measured in the aftermath of the Second World War, and the measure has never previously dropped by more than 4.1%.

That last big drop was in 2009, but the Bank of England has also estimated historic GDP going bank centuries.

James Smith, research director at the Resolution Foundation, said: “The ability to sustainably lift lockdown restrictions without the virus caseload increasing will determine when a true recovery can begin, but the strength of that recovery will also be shaped by decisions taken at the upcoming Budget.

“That should include an extension, and gradual phasing out, of the furlough scheme, along with additional grants targeted at sectors most affected by continuing restrictions.”

Headline was originally 100 years but has been revised to 300