Starmer reminded us all what Johnson once said he wanted to do to business. It’s the same thing he wants to do to anything female with a pulse 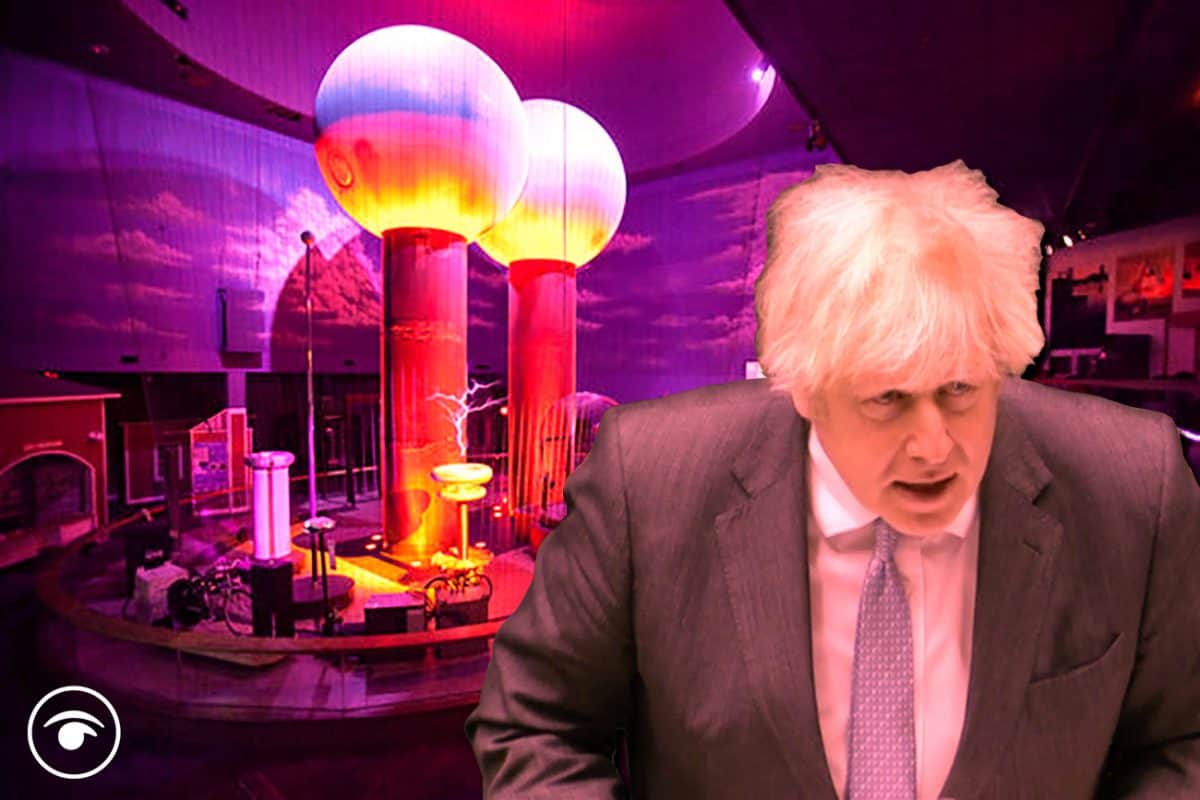 Boris Johnson clearly spent the morning before Prime Minister’s Questions rubbing a balloon on his head – as opposed to doing any actual governance.

There seems a direct correlation between the state of the prime minister’s hair and the plight of the country. Today, we knew the situation was dire before he even opened his mouth, as it seemed even his barnet was trying to jump ship.

Sir Keir Starmer, the Labour leader, was today eager to ask Johnson what he was doing to save the economy. “Let me let the prime minister into a secret,” he said, in his lawyerly way. “He can take decisions for himself and he doesn’t need to leave everything to the eleventh minute.”

“Businesses don’t work as slowly as the prime minister,” the Labour leader – under increasing scrutiny as he flatlines in the polls, added. On this he was right, however. Only sloths, buddhist monks and ministers charged with implementing the recommendations of the Grenfell Inquiry move at a more leisurely pace.

So what was Johnson’s retort? Well, he called the Speaker Mr Crisis – an epithet more suited to the prime minister himself. He then claimed to have “pioneered” the introduction of the London Living Wage during his stint at City Hall. Actually, it was Ken Livingstone who thought that up – a few years before Boris ziplined to the rescue.

Ignoring the question, as ever, he then accused Starmer of a plot to bring down capitalism – presumably, incorrectly, referring to Jeremy Corbyn, who wasn’t going to do that anyway.

Starmer reminded us all what Johnson once said he wanted to do to business. It’s the same thing he wants to do to anything female with a pulse – although Starmer was not so bold as to point that out himself.

Instead, the Labour leader pointed out that 33 countries have more stringent border regimes than the UK. Johnson replied that we are “amongst the toughest”. Well, no, we’re 34th – at best.

Also in the crosshairs was the revelation that you could face a decade in prison for lying about your coronavirus travels upon entry to the country. Some lawyers might fancy a retrospective look at a certain trip to Durham last May, in that case.

Starmer wanted to know why border measures were only being introduced fifty days after the South African strain was discovered. “There are some countries in Europe which do not even have a hotel quarantine scheme,” Boris replied. Until Monday, he is talking about his own country –  just a year since Covid first flew in.

Again flummoxed at the prospect of having to answer simple questions, Johnson slammed Starmer for not supporting the Government.

The Labour leader’s response will have chimed with many. “I’m not going to take lectures from a man who wrote two versions of every column he ever wrote as a journalist,” he said. “Who proposed Donald Trump for a Nobel Peace Prize & gave Dominic Cummings pay rise.”

The upshot of a largely dull session was that millions of desperate people will have to wait for the March budget for an inkling as to how Johnson and co. plan to plot Britain’s route out of this crisis. Can’t wait!

To round off the session, in response to DUP MP Gregory Campbell who recently said an episode of Songs of Praise featuring only black people was the ‘BBC at its BLM worst,’ Johnson threatened to invoke article 16… again.

And with that an out-of-control, beyond repair mess with a far-right parting left the House of Commons – attached to a scruffy haircut.