By Joe Mellor, Deputy Editor Shocking figures have revealed that women who work for the Tory minister responsible for closing the gender pay gap are paid almost two pounds per hour less than men in the same roles. Government’s figures state that male civil servants earn £22.30 a hour on average at the Department of […] 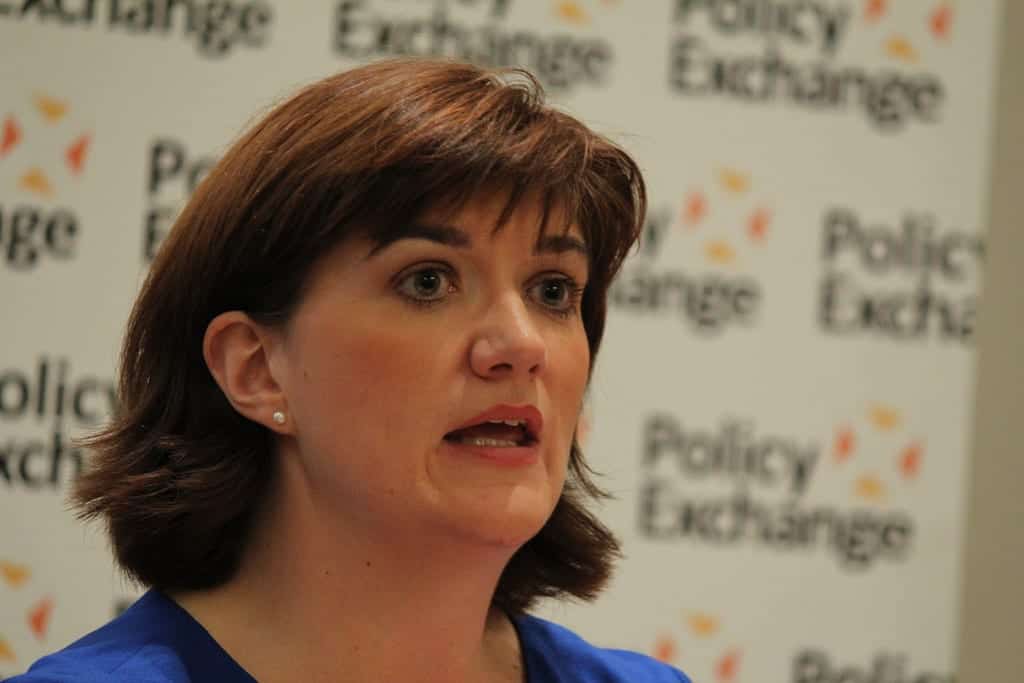 Shocking figures have revealed that women who work for the Tory minister responsible for closing the gender pay gap are paid almost two pounds per hour less than men in the same roles.

Government’s figures state that male civil servants earn £22.30 a hour on average at the Department of Education however women make just £20.54.

Nicky Morgan recently said she plans to “name and shame” companies who did not pay men and women equally by forcing companies larger than 250 staff to publish their gender pay gap.

The pay gap has closed slightly in the department over the past few years – coming down to £1.76 per hour compared with £1.89 per hour in March 2012 – but this still means female workers are still paid an average of £3k a year less than men.

On top of that the department is failing to meet the government target that a third of boardroom positions should be held by women. In fact only 26 per cent of the department’s 19 positions at board level are currently held by females.

Lucy Powell, Labour’s shadow education spokeswoman, said: “If Nicky Morgan is unable to tackle the gender pay gap in her own department for women and equalities, what can she do?”

A departmental spokeswoman said: “This Government has gone further than ever before in tackling the gender pay gap. Only last month we unveiled a raft of measures requiring companies with more than 250 employees to publish their gender pay gap and we are extending that duty across the public sector.”