By Joe Mellor, Deputy Editor The pentagon has said that a US air strike has killed over 150 al-shabab militants in Somalia. Military spokesman Captain Jeff Davis said the strike hit a training camp where a “large-scale” attack was being planned. Davis said: “We know they were going to be departing the camp and they […] 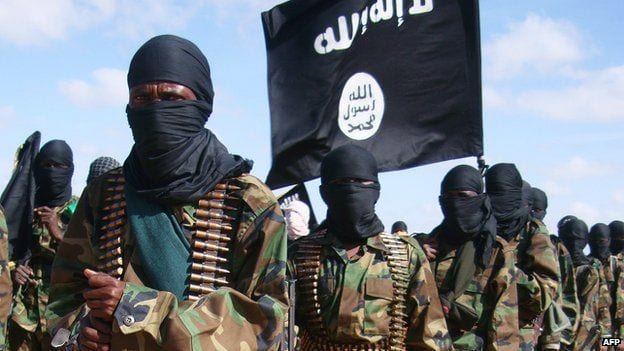 The pentagon has said that a US air strike has killed over 150 al-shabab militants in Somalia.

Military spokesman Captain Jeff Davis said the strike hit a training camp where a “large-scale” attack was being planned.

Davis said: “We know they were going to be departing the camp and they posed an imminent threat to US and [African Union] forces. Initial assessments are that more than 150 terrorist fighters were eliminated.”

Al-Shabab, an affiliate of al-Qaeda, was pushed out of Mogadishu by African Union peacekeeping forces in 2011 but has continued to launch frequent attacks in its bid to overthrow the Western-backed government.The group has said it carried out a string of recent attacks including a twin bombing at a busy restaurant in the Somali city of Baidoa last month.

The strike, which combined both drones and manned aircraft, took place on Saturday and targeted Raso Camp, a training facility about 120 miles (195km) north of the Somali capital, Mogadishu.

Davis claims the camp had been under surveillance for some time, he said: “There was a sense that the operational phase was about to happen.”

He said the group had neared the completion of specialist training to conduct “offensive operations”, but did not give any details about the alleged plans. If this report is correct then US forces might have foiled a murderous terrorist attack of epic proportions. It is yet to be seen if this attack has dealt a severe blow to Al-Shabab’s military force.