By Joe Mellor, Deputy Editor IS (Islamic State) is waging war against Western lifestyles and is planning “enormous and spectacular attacks on the UK mainland, a counter-terrorism boss has warned. Mark Rowley, Metropolitan Police Assistant Commissioner, said the Islamist group had called on would-be jihadis to attack police and the military, but now their plots […] 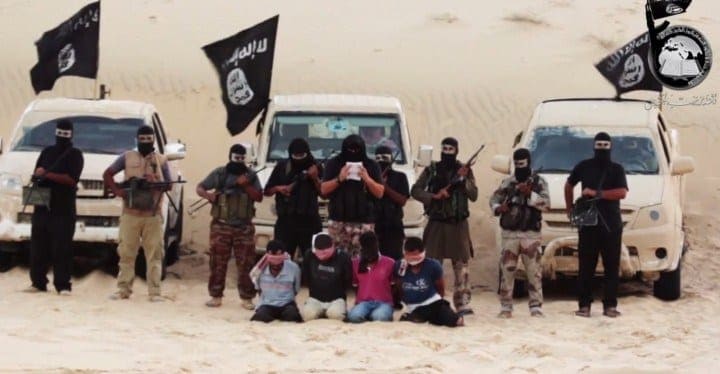 IS (Islamic State) is waging war against Western lifestyles and is planning “enormous and spectacular attacks on the UK mainland, a counter-terrorism boss has warned.

Mark Rowley, Metropolitan Police Assistant Commissioner, said the Islamist group had called on would-be jihadis to attack police and the military, but now their plots are now broader with “plans to attack Western lifestyle”.

He said: “In recent months we’ve seen a broadening of that, much more plans to attack Western lifestyle, and obviously the Paris attacks in November.

“Going from that narrow focus on police and military as symbols of the state to something much broader. And you see a terrorist group which has big ambitions for enormous and spectacular attacks, not just the types that we’ve seen foiled to date.”

“You see a terrorist group that whilst on the one hand has been acting as a cult to use propaganda to radicalise people to act in their name … you also see them trying to build bigger attacks.”

Official advice was issued at the end of last year to “Run, Hide, Tell” if marauding gunmen are found to be on the loose.

Rowley said that IS is trying to get supporters with military training in Syria into northern Europe to stage savage attacks.

He continued with need for “shared effort to look for any possible links of those networks or other networks that have reached the UK is obviously a massively high priority”.

The number of arrests of terrorist suspects has risen by 57% compared to the previous three years.

Almost half lead to a criminal charge. In 2015 just over three-quarters (77%) of those arrested were British nationals, 14% were female and 13% were aged 20 and under.

The amount of girls and women and the number of teenagers is a new and growing trend.

He said: “That would not have been the picture that one would have seen a few years ago. That is an indication of that radicalisation, the effect of the propaganda and the way the messages of Daesh (IS) are resonating with some individuals.”

The number of trained firearms officers across the UK is also being increased in the wake of the Paris atrocities, which saw 129 people killed in co-ordinated attacks by extremists.