“Sadly, she is not the first woman let down by a man she once trusted to face that charge, and regrettably she is unlikely to be the last." 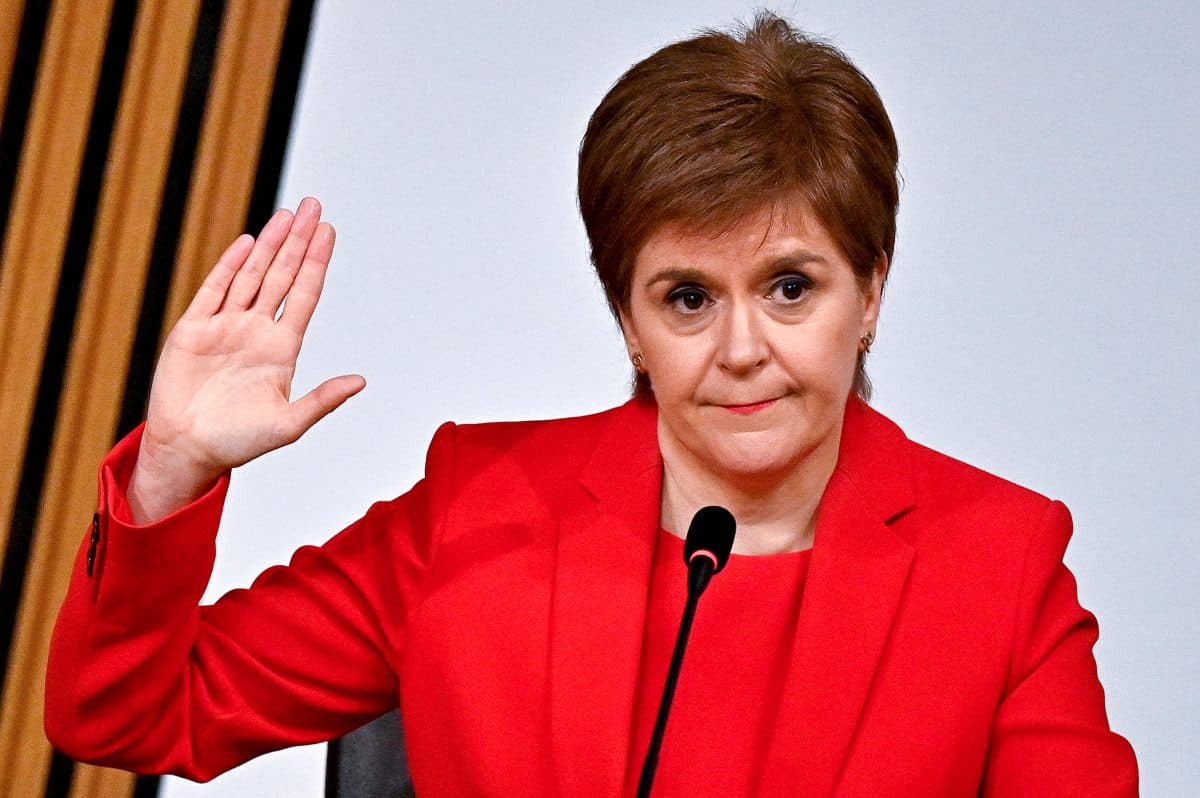 Nicola Sturgeon will face a vote of no confidence unless she resigns by Tuesday amid accusations she misled parliament about her involvement in the Alex Salmond investigation, the Scottish Conservatives have said.

Ms Davidson’s threat followed a leak that the inquiry into the Government’s unlawful investigation into harassment complaints against the former first minister has reportedly concluded that Ms Sturgeon gave an “inaccurate” account of meetings with Mr Salmond.

According to Sky News, the Holyrood committee also finds it “hard to believe” Ms Sturgeon’s testimony of when she first heard about concerns relating to the former first minister’s alleged behaviour.

The SNP leader’s spokesman said she stands by her evidence and accused the committee of resorting to “baseless assertion, supposition and smear”.

In her evidence to the committee, Ms Sturgeon said she first became aware of any potential inappropriate conduct by her predecessor after a media inquiry in November 2017 about an alleged incident in 2013 involving female Edinburgh Airport staff .

MSPs on the committee reportedly believe Ms Sturgeon knew of concerns about Mr Salmond’s conduct before this and should have acted.

Further leaks suggest the committee’s report, due to be published on Tuesday, states a majority of members are “concerned” it took Ms Sturgeon two months to tell the head of Scotland’s civil service she knew about the investigation.

Ms Davidson said: “If Nicola Sturgeon has a shred of integrity, she should be considering her position. She has every opportunity to do the right thing and resign.

“No First Minister is above the fundamental principles of honesty and trust.

“There is no question that Nicola Sturgeon has misled parliament and broken the promises she made to tell the truth.”

Asked about the leak on Thursday evening, Ms Sturgeon told Sky News: “I stand by all of the evidence I gave to the committee, all eight hours’ worth of evidence.

“What’s been clear is that opposition members of this committee made their minds up about me before I uttered a single word of evidence, their public comments have made that clear.

“So this leak from the committee – very partisan leak – tonight before they’ve finalised the report is not that surprising.”

A spokesman for the First Minister said some opposition members “appear intent on breaking every rule in the book in a blatantly transparent attempt to damage her before the coming election”.

He added: “The latest leak from the committee, suggesting they find it hard to believe that the First Minister did not previously know about inappropriate behaviour on the part of Alex Salmond, is not supported by a single shred of evidence.

“Sadly, she is not the first woman let down by a man she once trusted to face that charge, and regrettably she is unlikely to be the last.

“On this, the committee appears to have resorted to baseless assertion, supposition and smear – that is not how serious parliamentary committees are supposed to work, and in behaving this way they are simply exposing their base political motives.

“And on the suggestion that the First Minister was not clear to Mr Salmond that she would not intervene on his behalf, the committee appear to have deliberately ignored and suppressed evidence submitted to them which corroborates the First Minister’s evidence on that issue.

“And that, in fact, she did not intervene on behalf of a then-friend and colleague to help cover up sexual harassment allegations, appears irrelevant to them.

“It was clear from the actions of the Tories several weeks ago, when they announced plans for a motion of confidence before they had even heard a word of evidence from the First Minister, that for them this committee was never a serious exercise in learning lessons on behalf of women who bring forward complaints of sexual harassment – it was only ever about politics.”

Commenting on details of the report being made public before it is published, the convener, Linda Fabiani, said: “I am dismayed by the damage this may do to the value of the committee’s work which I have long hoped would improve the treatment of the complainers of sexual harassment.

“The selective leaking of particular committee recommendations has shifted the focus away from these goals, and the recommendations which seek to achieve it, and onto party political terrain which will likely frustrate, not assist, the women at the heart of this.