"People will die as result, others will get #LongCovid, families will be bereaved, ALL UNNECESSARILY!'" a doctor wrote. 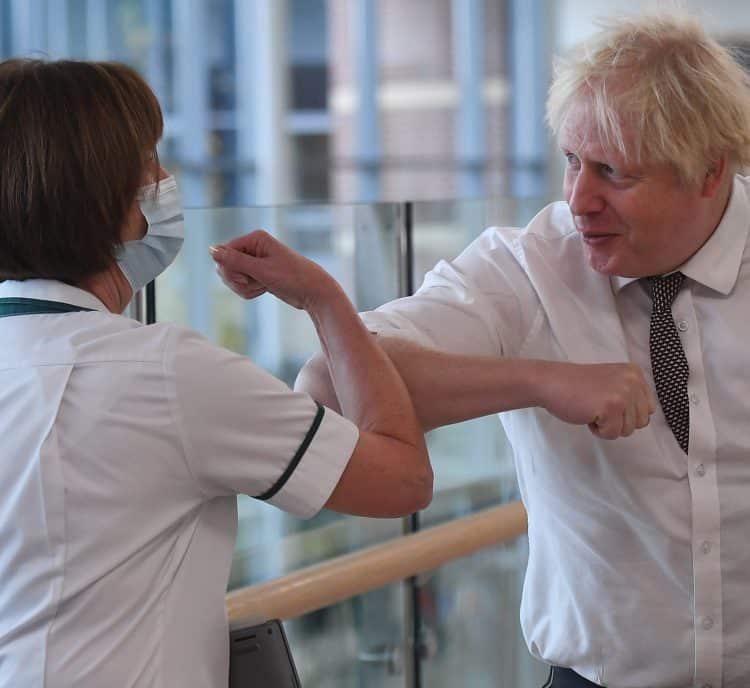 Boris Johnson had to apologise for not wearing a mask on a visit to a hospital last week.

The prime minister said it was “barely 30 seconds” that he was not wearing a face-covering during the visit to Hexham General Hospital on November 8.

And he said he put it on as soon as he realised his mistake.

Appearing in front of Parliament’s Liaison Committee on Wednesday, Mr Johnson was questioned by Home Affairs Select Committee chair Yvette Cooper, who said the PM had higher standards to uphold, including on mask-wearing.

Mr Johnson said: “As for not wearing a mask in Hexham Hospital, which you wrap up into my general litany of crime, can I just say that actually, there was barely 30 seconds where I wasn’t wearing a mask.

“I walked out of a room mistakenly not wearing it.”

Boris Johnson was then seen without mask on crowded train – hours after the hospital apology.

It came after Mr Johnson was pictured at the Cop26 climate change summit sitting alongside 95-year-old environmentalist and broadcaster Sir David Attenborough.

In response to the PM’s mask farce a doctor, based in Newcastle-upon-Tyne and working for the NHS according to her profile, took to Twitter with an explosive thread, slamming Johnson and outlining how his actions have wider raging effects, that cascade down into the community, putting more lives at risk.