"There was barely 30 seconds where I wasn’t wearing a mask," the PM told Parliament’s Liaison Committee. 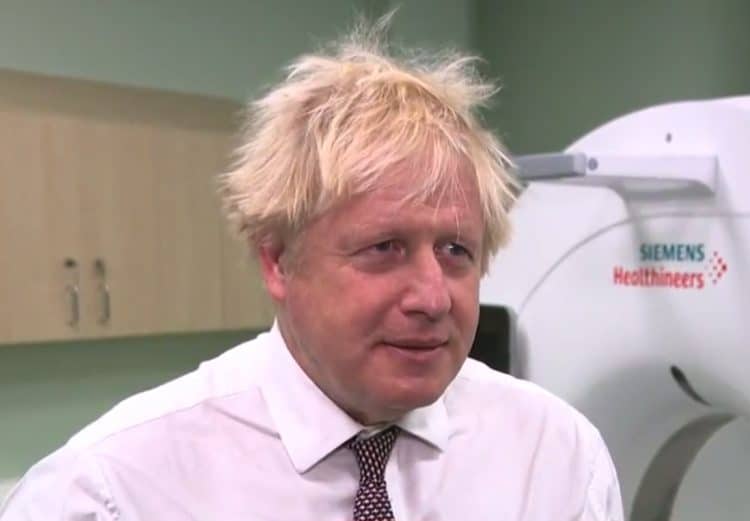 Boris Johnson has apologised for not wearing a mask on a visit to a hospital last week.

The Prime Minister said it was “barely 30 seconds” that he was not wearing a face-covering during the visit to Hexham General Hospital on November 8.

And he said he put it on as soon as he realised his mistake.

Appearing in front of Parliament’s Liaison Committee on Wednesday, Mr Johnson was questioned by Home Affairs Select Committee chair Yvette Cooper, who said the PM had higher standards to uphold, including on mask-wearing.

Mr Johnson said: “As for not wearing a mask in Hexham Hospital, which you wrap up into my general litany of crime, can I just say that actually, there was barely 30 seconds where I wasn’t wearing a mask.

“I walked out of a room mistakenly not wearing it.

“I then put it on as soon as I realised I made that mistake.

“I apologise for it, but most pictures of my visit to the hospital will show that I was duly masked throughout the remainder of the visit, and I was masked on the way into the visit.”

Following the visit in Northumberland last week, photographs showed Mr Johnson meeting masked nurses at the hospital, talking to them and bumping elbows with them, despite not having his face covered.

Soon after that photo opportunity, the Prime Minister put on a mask, which had been handed to him by an aide.

Northumbria Healthcare NHS Foundation Trust said the Prime Minister “did wear a mask for the majority of the visit”.

But “after the Prime Minister left a welcome meeting, he walked along a mezzanine corridor, for a very short period of time, without a mask”.

“As soon as this was identified he was given a mask and he put it on,” the trust said.

It came after Mr Johnson was pictured at the Cop26 climate change summit sitting alongside 95-year-old environmentalist and broadcaster Sir David Attenborough.

U-turn alert? Anger as claims Truss going on ‘tour’ with Charles but No 10 denies it