"I’ll have to throw myself out of Popworld for taking my shoes off," wrote one Twitter user. 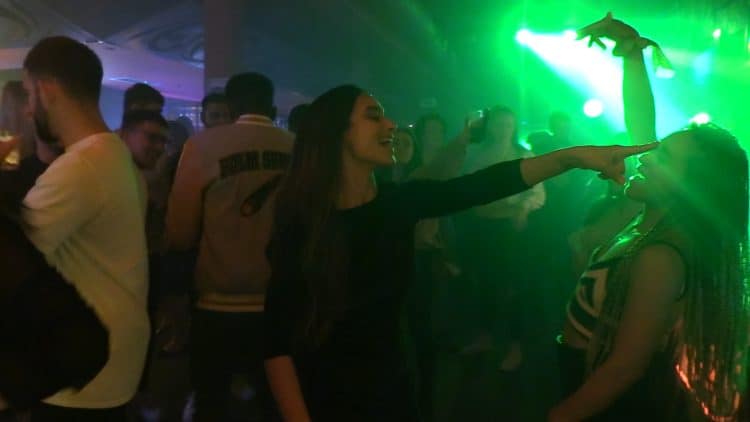 There is a shortage of loads of stuff these days. It could be petrol, food or staff to fill roles.

In terms of human workers, we don’t have enough butchers, farmworkers, HGV drivers (I could go on).

But today a new profession has been thrown into the mix… door security, more commonly known as bouncers.

Well, if you haven’t a lot of people have.

However, someone has to break up fights, manage drunken idiots and wear cheesy bow ties (just don’t say it to their face).

But since lockdown hit the bar and clubbing scene and a lot of EU people have gone home, not many people want to stand for eight hours a night, in the freezing cold, dealing with drunk people. Go figure!

So now nightclubs are urgently calling for Government intervention to a worsening shortage of bouncers which industry bosses say could become a “threat to public safety”.

The Night Time Industry Association (NTIA) said last month that one in five night-life and hospitality businesses closed or reduced operating hours due to a shortage of security staff.

It said the situation has “deteriorated further” as demand continues to soar from customers keen to enjoy a night out following the easing of lockdown measures.

Peter Marks, chief executive of 42-site business Rekom UK, which runs brands including Pryzm and Atik, said the problem had been “building slowly but has become so much worse since the pandemic”.

He told PA: “It’s been a real struggle at times but we’ve fortunately often been able to push back with security agencies to find the teams we need just in time.

“But even then, on one or two occasions we’ve had to limit numbers into venues because of security levels.

“We are in a particularly strong position though as we can agree to take on staff in larger numbers – this is particularly hitting independent clubs hard.”

The NTIA stressed that security staff in venues are “fundamental to public safety” as it called for Government action.

Michael Kill, chief executive officer of the trade body, said: “If shortages continue to get worse, there is a very real chance it could become a threat to public safety.

“Like in other sectors currently seeing shortages, this is a long-term issue and decline in security resources can be tracked back at least three years, but this has been hugely exacerbated by the pandemic with many licensed staff leaving the sector when the bars and clubs closed and now choosing not to return.

“Brexit hasn’t helped either, but it is far from the only factor at play here.

“There are steps the Government can take to ease the problem, whether that be funding training initiatives, streamlining new training requirements, or tackling shortages through legislation – and I would also like to see them revisit the issue of temporary visas to assuage the crisis.”

There was a mixed response to the shortage ,as you will see from the following comments.

Related: Brexit-voting pig farmer says: ‘I didn’t vote for this’