You’ve probably seen the video of Boris Johnson cowering behind milk crates then hiding in a fridge as his minders keep reporters away, but what you very likely haven’t seen reported on TV or in most of the press is the reception that the Labour leader received in constituencies all around the country. 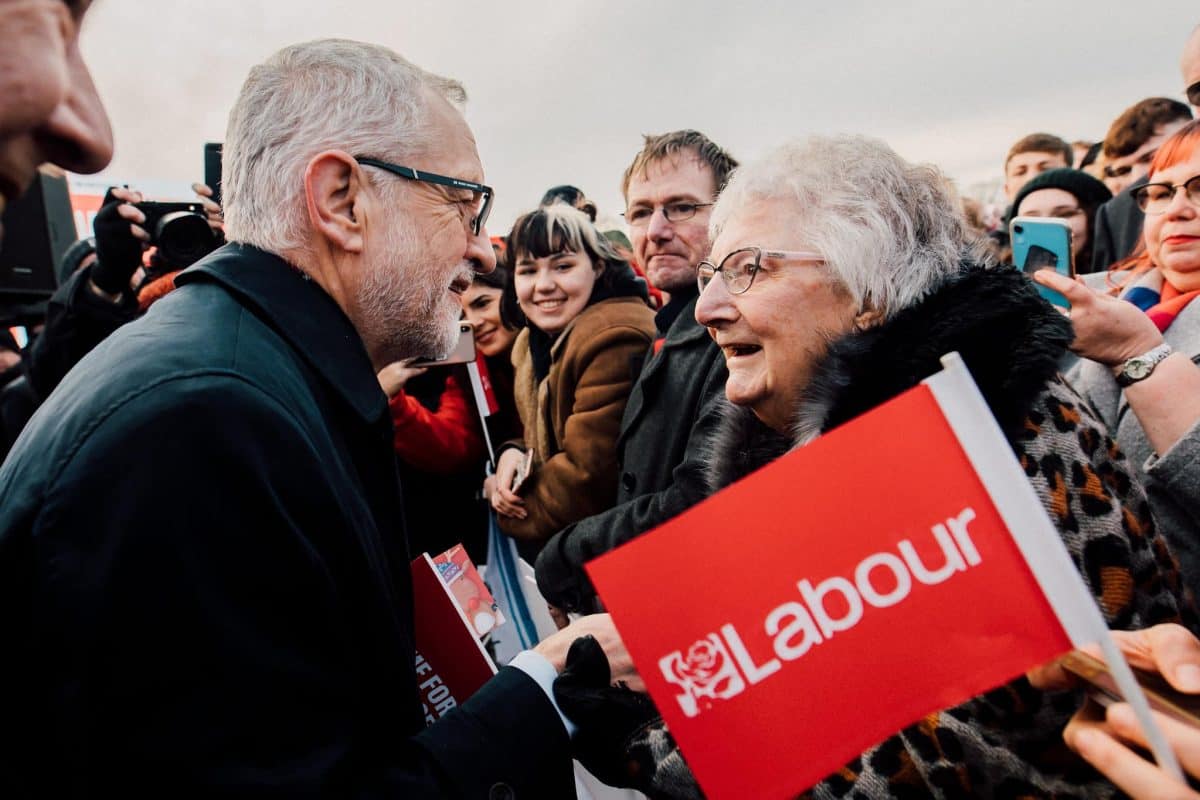 As Jeremy Corbyn drew crowds of thousands at rallies in Glasgow and Middlesborough, Pendle, Carlisle, Worcester, Haverfordwest, Birmingham, Morecambe and Bristol among the many towns and cities he has dashed to, he couldn’t resist a quip about Boris Johnson who avoided tough questions from reporters and the public, hiding from Good Morning Britain in a fridge on Wednesday morning.

The Labour leader promised: “I’ve not come here to deliver milk, or to hide in a fridge. I’ve come here with a message of hope.” And the clear message from Boris Johnson’s last day of campaigning was hopelessness.

Johnson tried to hide away from awkward questions by opting for photo ops, first on a milk round – intended to highlight his promise to deliver Brexit – not to deliver  a hiding place in a fridge – then a visit to a bakery to illustrate his “oven-ready Brexit” deal. – A campaign promise that is looking increasingly like a half-baked lie.

There couldn’t have been a bigger contrast between Boris Johnson and his Labour Party counterpart. One running a campaign which fact checkers found was 88% lies, while Labour’s ads were found to contain 0% lies. One hiding from his lies being picked apart by the scrutiny of TV debates, interviewers and the public. While the Labour leader faced up to the most aggressive of interviews with a dignity he showed the public at every turn, talking to people from all walks of life, including the homeless and those resorting to food banks.

Jeremy Corbyn addressed cheering crowds with a serious message on Wednesday night, warning that Britain was at a “fork in the road” between real change under Labour, and a Boris Johnson government that would “continue destroying our public services”.

He outlined the choice ahead for the nation – between yet more austerity and the reckless, unrealistic Brexit strategy of Boris Johnson, who would use it to further sell off the nation’s public services – or a less reckless Brexit deal put to the country, and a future of hope, fairness and investment in the country that many economists regard the best way out of the economic rut a decade of cuts has created.

You’ve probably seen the video of Boris Johnson cowering behind milk crates and hiding in a fridge, but what you very likely haven’t seen reported is the reception that the Labour leader received in constituencies all around the country.

And there couldn’t have been a bigger contrast between hopelessness and hope.