The Independent obtained a leaked recording from a closed meeting that made a mockery of the PM’s Brexit promise. 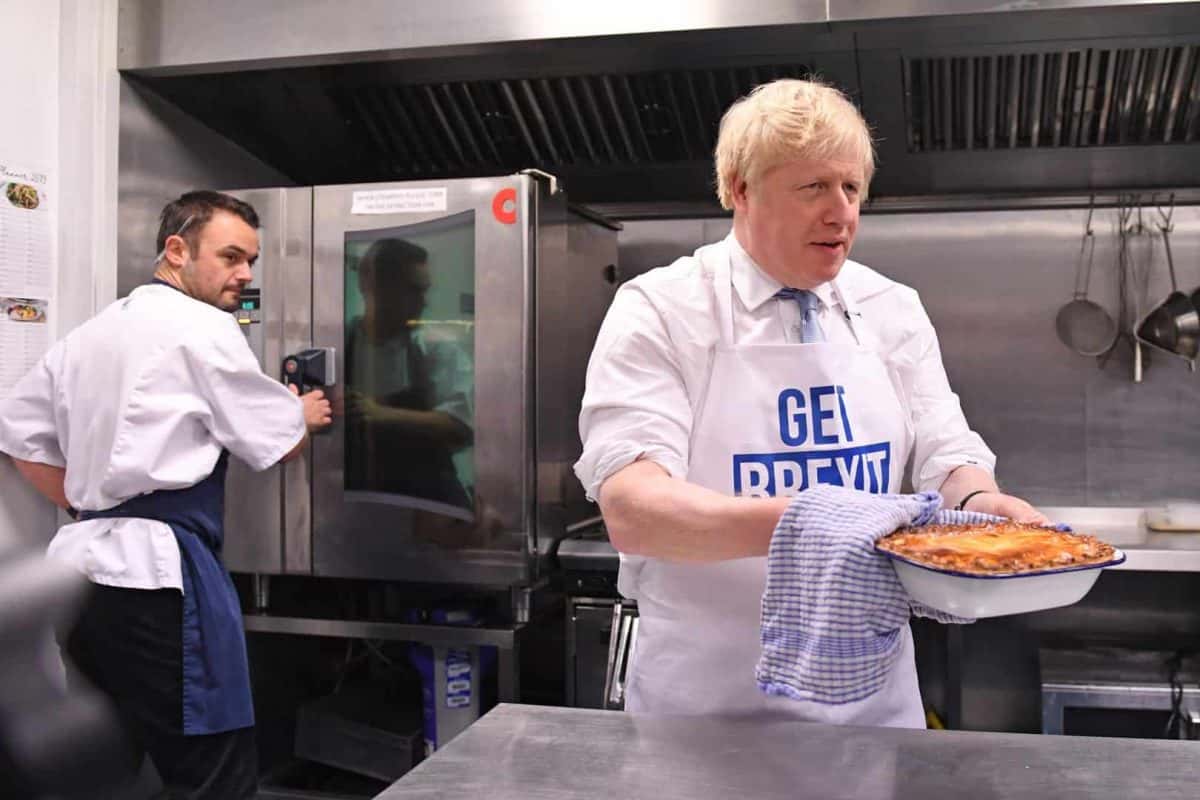 Boris Johnson’s Brexit timetable has been described as unrealistic in comments reportedly made by the European Union’s chief negotiator.

In a leaked recording obtained by The Independent, Michel Barnier can be heard saying that a global trade negotiation cannot be completed in the time frame suggested by the Prime Minister.

Johnson’s main election vow has been to take the UK out of the EU by January 31 with his “oven-ready Brexit” and then finalise a trade deal with Brussels within 11 months to meet the transition period deadline.

(Much as he gave a ‘cast iron guarantee’ the UK would leave on October 31. Or that he would not suspend Parliament – even on the day before he did.)

As Jeremy Corbyn drew crowds of thousands at rallies in Glasgow and Middlesborough, Pendle, Carlisle, Worcester, Morecambe and Bristol among others, he taunted Boris Johnson who avoided tough questions from reporters and the public, hiding from Good Morning Britain in a fridge on Wednesday morning. Mr Corbyn said: “I’ve not come here to deliver milk, or to hide in a fridge. I’ve come here with a message of hope.”

Boris Johnson’s itinerary meanwhile, away from awkward questions, included a photo opportunities on a milk round – intended to highlight his promise to deliver Brexit – not to provide a fridge to hide in – and a visit to a bakery to illustrate his “oven-ready Brexit” deal.

But now that promise too appears to be half-baked.

Mr Barnier has consistently said the trade talks after the UK leaves the bloc might be as tough as the negotiations that have taken up the last three years.

In the recording, published on the Independent website, Mr Barnier is speaking in French to a group of senior MEPs at a closed meeting this week, according to the news outlet.

He said: “I repeat that when it comes to this agreement we won’t do everything in 11 months – we will do the maximum.”

Mr Barnier points out that by June it needs to be decided whether or not the transition period will be extended to 2021 or 2022.

“We have to decide together with the British – not later – if the treaty is to be respected.

“Then we will have certainty and if there are no prolongations, we will have a few months still to achieve the conclusion – what I call the minimum economic needs for security or prepare ourselves for a cliff edge.

“Either we have a trade agreement or we will be in the framework of the WTO,” he said.

Mr Barnier added: “It is unrealistic that a global negotiation can be done in 11 months, so we can’t do it all.”

“He’s hiding in fridges to dodge interviews precisely because his fake Brexit slogans can’t stand up to scrutiny, just like his empty words on the NHS.

“Johnson’s sell-out Brexit deal will put us on the fast-track to a cliff-edge No Deal Brexit.

“And that’s exactly what he wants, so he can drive the UK into a toxic trade deal with Trump and put the NHS up for sale to US drug companies.

“The only place Johnson’s sell-out Brexit deal should go is into the deep freeze, just like Johnson when he doesn’t have the guts to face a reporter.”

“Just like his claim that there’ll be no checks on goods to Northern Ireland and his lies to the Queen, Johnson can’t help but mislead the British public.

“His reckless Brexit approach will send the country careering off the no-deal cliff next year.

“Voting Liberal Democrat tomorrow is your chance to stop Boris Johnson, stop Brexit and build a brighter future within the EU.”

A Conservative spokesman said: “Barnier also said the Withdrawal Agreement couldn’t be reopened and the backstop would never be removed.

“The Prime Minister secured a new deal that abolished the backstop.

“Today we are fighting for every vote because only a majority Conservative government will get Brexit done.”

Michel Barnier is not the only person that has warned that a 2020 deadline to negotiate Brexit is impossible and there is a real danger of a no-deal Brexit that senior Conservatives have refused to rule out during the election campaign.

Britain will also have to renegotiate over 750 separate international agreements it will be withdrawing from by leaving the EU.