Kim Leadbetter, sister of the murdered Labour MP, spoke out after police in England and Wales recorded 103,379 hate crimes in the last year. 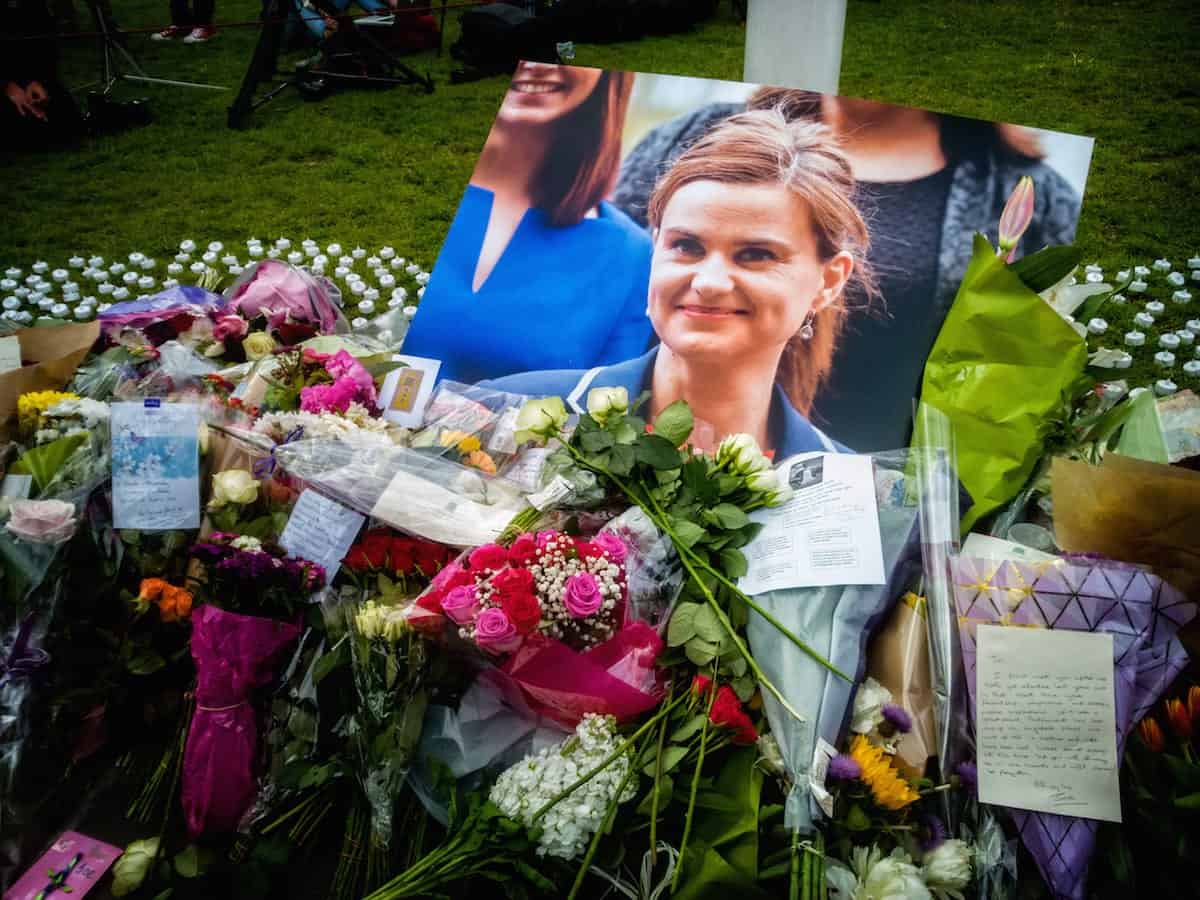 The language used in Parliament, the press and on social media must be addressed in order to tackle record-high numbers of hate crimes, the sister of murdered MP Jo Cox has said.

Asked for her thoughts on the figures, Kim Leadbeater told MPs there was a “frustration across the country” of people feeling “disillusioned”, which “breeds into dislike and animosity towards people who are not like you”.

Her sister died on June 16 2016 after being shot and stabbed multiple times by Thomas Mair in her constituency of Batley and Spen, West Yorkshire.

Giving evidence at the Commons Home Affairs Committee after the latest Home Office data was published, Ms Leadbeater said: “The nature of our discourse in public life in Parliament and elsewhere – that needs to change.

“Until we start looking at influences in society, hate crime is not going to get any better.”

She said she found it “very upsetting when we see some of the scenes that we have seen recently in Parliament of bad behaviour again across the political spectrum”.

Warning of attacks ahead of general election

Catherine Anderson, chief executive of the Jo Cox foundation, told the committee she was “very concerned” about a possible increase in physical attacks in light of the “potentially very imminent general election” after incidents recently seen at the polls.

She said: “We cannot really quantify or predict the nature of that threat but we know that is a threat and we are very concerned about the future impact of this on our public life.”

The official statistics showed a surge in the number of reported offences triggered by sexual orientation and transgender identity as well as a large continued rise in those related to race.

Part of the increase could reflect a “real rise” in reports of crime, the Home Office said. However hate crime reports spiked after events such as the EU referendum and the terrorist attacks in 2017, as well as a rise in reports in the summer of 2018 and January this year.

We reported last month how there was a “significant spike” in islamophobic attacks – especially on women – in the wake of Boris Johnson’s newspaper rebuke of women in burkas, comparing them to letterboxes and bank robbers.

Diane Abbott MP, Labour’s Shadow Home Secretary, responding to the shocking increase in hate crime, said: “It’s a shocking indictment of this government that all types of recorded hate crime have at least doubled under the Tories. The rise in some categories of hate crime is even worse.

“It was the Tories who cut the police, and let down whole communities. But it has also been the incendiary words of politicians who have created a toxic atmosphere, including the Prime Minister whose comments comparing Muslim women to ‘bank robbers’ and ‘letterboxes’ took place while Islamophobic hate crime is rising. Ministers should accept that they bear a major responsibility for these terrible trends.”

Assistant Chief Constable Mark Hamilton, who leads the National Police Chiefs’ Council’s work on hate crime, acknowledged the statistics partially represented “real rises in hate crime”, adding: “We recognise there are real divisions in our society at this time, and there is a responsibility on us all to think carefully and be temperate in how we communicate with each other to avoid escalating tensions or emboldening others.”

Laura Russell, a director at the charity Stonewall, said: “We are still not living in a society where every LGBT person is free to be themselves and live without fear of discrimination and abuse.”

Urgent action on all hate crimes

The figures prompted charity bosses and faith leaders to call for urgent action to be taken on hate crime, claiming research suggests that levels of the offence are far higher than those recorded in official data.

Citizens UK said its demand for change has been supported by 18 rabbis, bishops and imams, as well as chief executives from Stonewall, the Muslim Council of Britain and the Fawcett Society.

The group also wants to see misogyny clearly defined as a hate crime on a national scale in a bid to tackle “widespread harassment and violence against women and girls”.

An academic study by Dr Farhan Samanani, of The Max Planck Institute for the Study of Religious and Ethnic Diversity, commissioned by Citizens UK, indicated that the majority of people who took part – seven out of 10 of 1,031 respondents – had never reported a hate crime to the police.

More than half (54%) of the hate crimes recorded by the police were for public order offences, a third (36%) involved violence, while 5% were recorded as criminal damage and arson.

Around 12% of the offences were estimated to have more than one motivation, with the majority of these being both race and religion.

But some police forces log other types of hostility under hate crime, including reports of misogyny and incidents where victims were targeted because of their age or membership of an “alternative sub-culture”, such as goths.