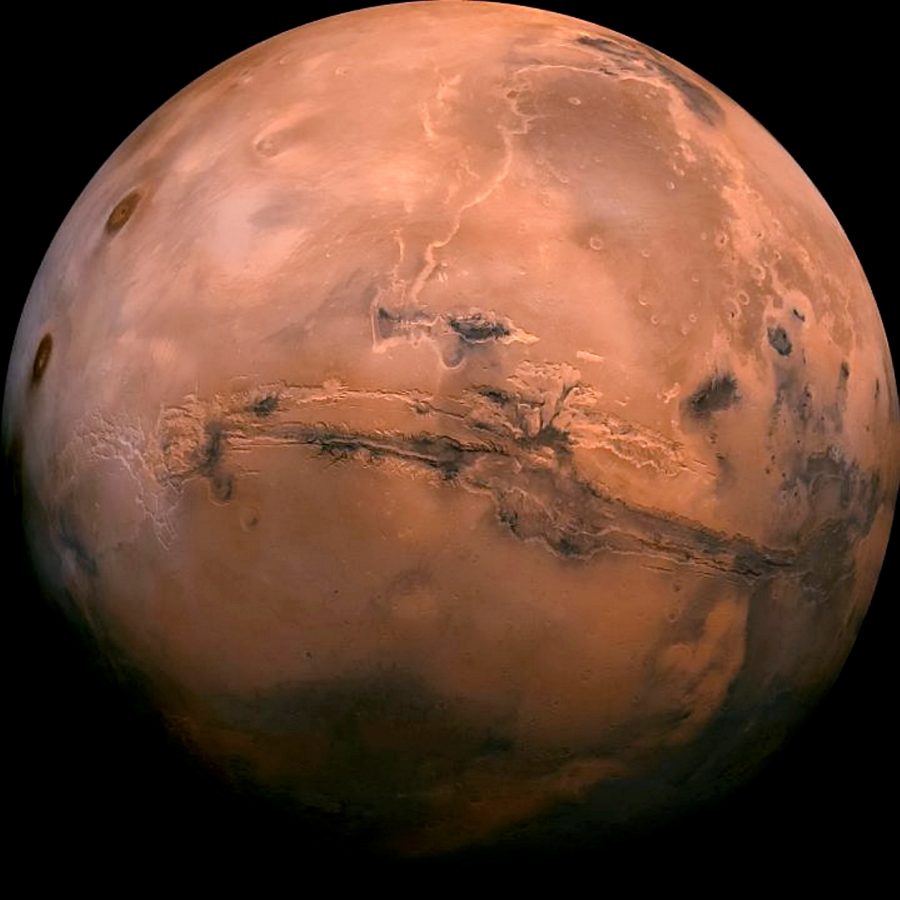 Rivers on Mars were wider than any on Earth today and may have flowed more recently than scientists previously thought.

Scientists have long been puzzled as to why ancient Mars had liquid water because it has an extremely thin atmosphere both today and early on in the planet’s history.

Mars also only received a third of the sunlight that present-day Earth does, which should not be enough heat to maintain water.

The new study suggests the long-dead rivers could have been affected by climate-driven rains and a strong greenhouse effect.

Its findings suggest it rained on Mars even as the planet was losing atmosphere and drying out one billion years ago.

The team at the University of Chicago concludes Mars’ rivers were about two times wider than those on Earth and there is evidence of intense surface run-off between 3.6 and one billion years ago.

NASA spacecraft has photographed hundreds of these rivers from orbit and the Mars rover Curiosity sent back images of rounded pebbles in 2012 that had been tumbled in the bottom of a river.

The team looked at the photos with elevation models for more than 200 Martian riverbeds and found they were a rich source of clues about the water and the climate that produced it.

Run-off at hundreds of locations on the red planet is believed to have been as much as 20kg per meter square every day.

The size of the rivers implies the water was flowing continuously and not just at high noon.

If scientists have the dates correct, the data suggests Mars’ atmosphere could have disappeared faster than previously calculated.

Published in Science Advances, those trying to reconstruct the Martian climate will be able to use the data – although it may complicate their models.

Climate modellers now need to account for a strong greenhouse effect that kept Mars warm enough for average daytime temperatures above the freezing point of water.

Lead author Assistant Professor of geophysical sciences Edwin Kite, an expert in the history of Mars and climates of other worlds at University of Chicago, said: “It’s already hard to explain rivers or lakes based on the information we have.

“This makes a difficult problem even more difficult.

“Indeed, even on ancient Mars, when it was wet enough for rivers some of the time, the rest of the data looks like Mars was extremely cold and dry most of the time.

“You would expect the rivers to wane gradually over time, but that’s not what we see.

“The rivers get shorter, hundreds of kilometres rather than thousands, but discharge is still strong. The wettest day of the year is still very wet.

“Our work answers some existing questions but raises a new one.

“Which is wrong: the climate models, the atmosphere evolution models, or our basic understanding of inner solar system chronology?”