"The Spy Who Stalked Meghan Markle," wrote one Twitter user. 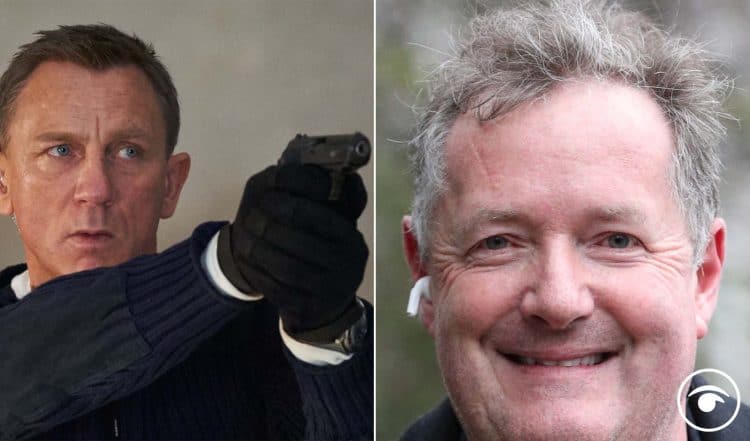 Piers Morgan has joked he’s taking over Daniel Craig’s role of James Bond in the new films. Even the idea of it has spooked many Bond fans.

Morgan presenter cracked the gag on social media as he dressed in a suit outside the Burlington Arcade for the 007 installation launch yesterday.

Last week he predicted that his new job will be the “stuff of nightmares” for his old foe Meghan Markle.

The former Good Morning Britain host signed a deal with Rupert Murdoch for a new, global TV show that will broadcast in the UK, US and Australia – on a newly-launched News UK channel.

When asked if he would support a diverse appointment as his replacement, Daniekl Craig told Radio Times: ‘The answer to that is very simple

‘There should simply be better parts for women and actors of colour.

‘Why should a woman play James Bond when there should be a part just as good as James Bond, but for a woman?’

Speaking on Good Morning Britain in 2019, he raged: ‘James Bond was created by Ian Fleming as a man, he’s always been a man, he should always be a man, and it’s not happening.

‘Otherwise I want Bridget Jones to be Brian Jones. I want Cinderella to be called Cinderfella.’

Related: Piers Morgan: My new job will be ‘the stuff of nightmares’ for Meghan Markle