"Yet another lie to desperately justify Brexit from the Victorian hatstand," wrote one bemused social media user. 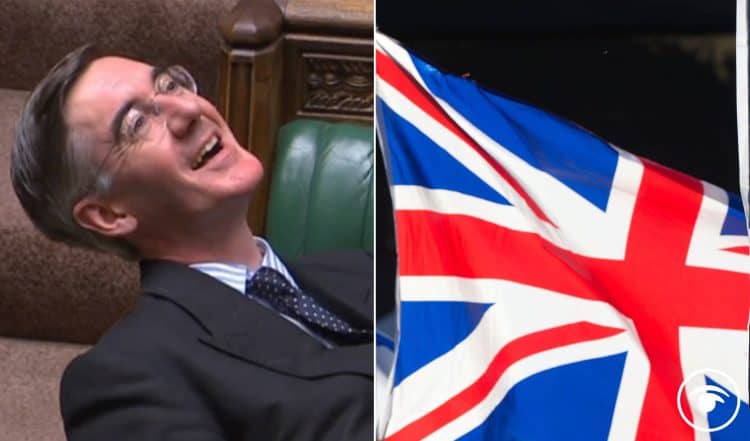 It hasn’t gone away, it is still festering in the background, as the war rages on in Ukraine.

The newly installed Brexit Minister, Jacob Rees-Mogg hasn’t had a lot to say about how well leaving the EU is going lately, however, he did wade into the partygate scandal.

He dismissed the row over lockdown parties in Downing Street as trivial “fluff”.

Boris Johnson was facing calls to resign earlier this year over his attendance at a series of events being investigated by police for alleged breaches of Covid regulations.

But speaking at the Conservative Spring Conference in Blackpool, Mr Rees-Mogg said the current crisis over Ukraine showed that “partygate” was not a fundamentally serious issue.

“It is a reminder that the world is serious, that there are serious things to be discussed and serious decisions for politicians to take,” he said, during a live recording of the Moggcast podcast.

“Whether this is about re-opening and having new licences for oil wells in the North Sea, or whether it is about getting away from the ‘wokery’ that has beset huge sections of society, nobody now cares whether using the word ‘grip’ is going to offend people.

“All that nonsense is shown for the trivial nature of it…. I’d say the same of ‘partygate’, all of that is shown up for the disproportionate fluff of politics that it was rather than something of fundamental seriousness about the safety of the world and the established global order.”

Well Jacob did take to Twitter a couple of days ago retweeting the Treasury who had said: “We’re cutting VAT on the installation of energy saving materials in residential properties from 5% to zero for the next five years. #SpringStatement2022“

Above his retweet, Mogg then added: “The EU would not allow us to do this, another benefit of Brexit.”

Well if this is true then that’s great right?

Sadly it doesn’t appear so…

Jessica Simor tweeted: “Wrong. It was the EU’s idea.” She shared an article with the headline: “EU prepares way for 0% on several goods, solar panels for residential use now on the proposed list.”