It seems that the PM was telling lies to Parliament...again. 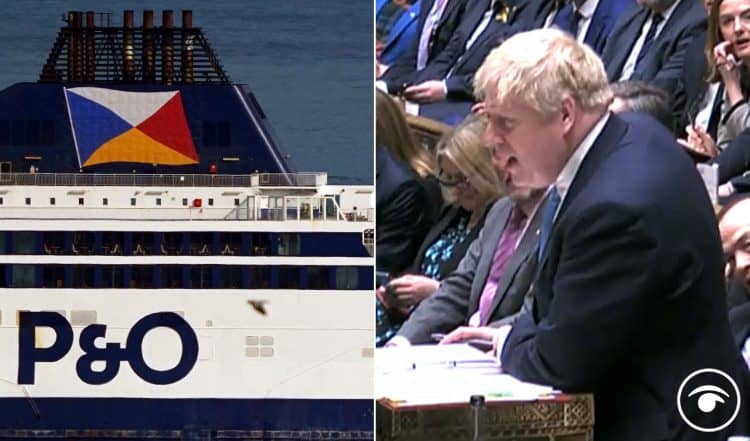 P&O Ferries has admitted breaking employment law when it sacked 800 workers without notice.

Chief executive Peter Hebblethwaite was urged by MPs to quit after acknowledging there is “absolutely no doubt” the ferry operator was required to consult with trade unions.

Mr Hebblethwaite said the new crews are being paid below the UK’s minimum wage apart from on domestic routes, but insisted this is allowed under international maritime rules.

He also claimed Transport Secretary Grant Shapps knew about the intention to cut jobs in November last year, although that was strongly denied by the Department for Transport (DfT).

Explaining the decision not to consult with trade unions, Mr Hebblethwaite told a joint session of the Commons’ transport and business select committees: “We assessed that given the fundamental nature of change, no union could accept it and therefore we chose not to consult because a consultation process would have been a sham.

So why is fire and rehire legal?

Well according to the PM during PMQs the reason P&O got away with their actions is that the law could not be changed while we were part of the EU.

Well that is simply rubbish. The practice is illegal in Ireland, Spain and France, at present fire and rehire is a widely acceptable employment practice across the UK.

It is so common in fact, that a study conducted by the TUC revealed that, since the start of the pandemic, one in 10 UK workers have found themselves in a situation where they have had to reapply for their jobs on inferior terms or risk being permanently dismissed.

According to maritime lawyer Kevin Barnett, P&O was legally allowed to sack their staff without notifying the government because of a law change brought in by former Tory government minister, Chris Grayling.

In response to Johnson’s comment filmmaker Peter Stefanovic has created another video that comprehensively debunks the PM’s claims. It is a must-watch.

Peter’s previous video has been watched over 44 million times