The lack of social mobility in the UK could spark "social unrest, protest and extremism", L’Atelier BNP Paribas. 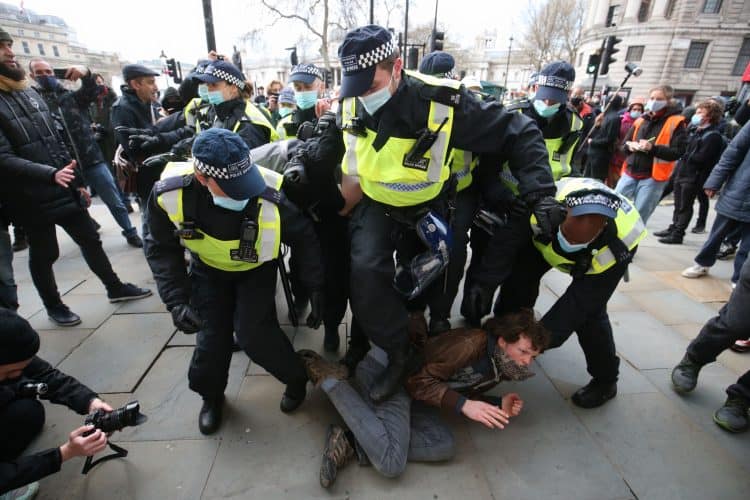 Britain’s economy is so fragile that the cost-of-living crisis risks unleashing “social unrest”, a French research firm has claimed.

L’Atelier, a subsidiary of bank BNP Paribas, said there is a danger of “social unrest, protest and extremism” after the UK ranked 35th out of 36 European countries for its ability to deliver high wages, lower costs and social mobility – with only Latvia performing worse.

It comes amid a dramatic slump in living standards, with the Office for Budget Responsibility warning that British households face the sharpest slump on record as inflation hits a 30-year high.

The barometer attempts to measure countries on their ability to drive social mobility by equitably distributing the gains from their economic growth.

But the UK’s poor score “indicates a reduced capacity to facilitate social mobility and is a strong indicator of future socio-economic protest and instability”, the report said.

Pinpointing soaring inflation, sluggish wage growth and record housing and rent prices, L’Atelier said: “Combined, these factors mean the UK is failing to provide an economic able to support the core promise of equitably distributed, merit-based social mobility that is integral to a healthy capitalist democracy in the medium to long term.”

Luxembourg, Norway, Sweden and Austria topped the ranking, while larger economies including the US and Japan performed worse.

“But others, such as the high cost of essential ingredients of living such as housing, could be fixed with the right set of policies.”

It comes after another French bank started hitting Brits with a €5 charge every time they withdraw cash.