“I don’t know what to say to you other than ‘all of you just go’ and this from someone that voted for you. What a disappointment you are.” 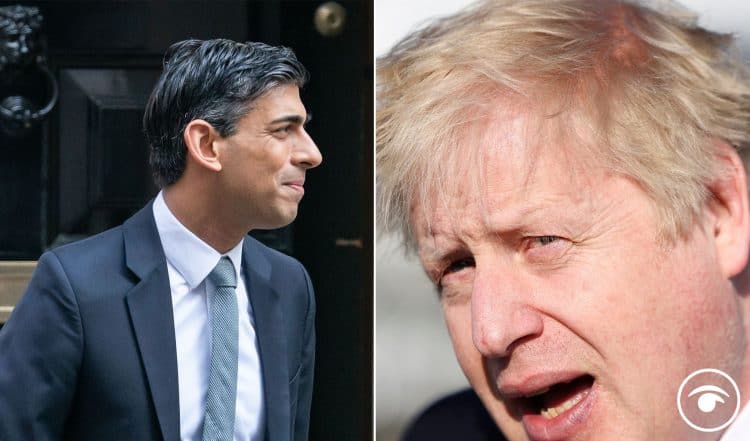 The lack of support for low-income families in the Chancellor’s spring statement leaves more than one million Britons on the verge of “absolute poverty”, a think tank has said.

It comes as a Tory voting audience member on BBC’s Question Time demanded the whole of the government should ‘Just go.’

Resolution Foundation, a living standards think tank, warned Rishi Sunak’s measures represented a “big but poorly targeted policy package” which does not do enough to aid the families who have been hit the hardest by the cost-of-living crisis.

It was left to one audience member to say what a lot of people are thinking about Johnson’s government. She lambasted Tory MP Damian Hinds over the cost of living crisis.

Sharing her fury, she said: “I can’t tell you how disappointed I am with your Government.

“I really can’t express in words the mess you have made.

“I sat through the pandemic and I saw money being haemorrhaged away, money that we could well do with now.

“I think you are out of touch. You are dealing in millions and trillions of pounds.

“You know the cost of everything and the value of nothing. We are up to there (high) in debt, wishing we were taller.

“I don’t know what to say to you other than ‘all of you just go’ and this from someone that voted for you. What a disappointment you are.”