A record number of applications were submitted just in time. Does the unprecedented voter registration help Labour? 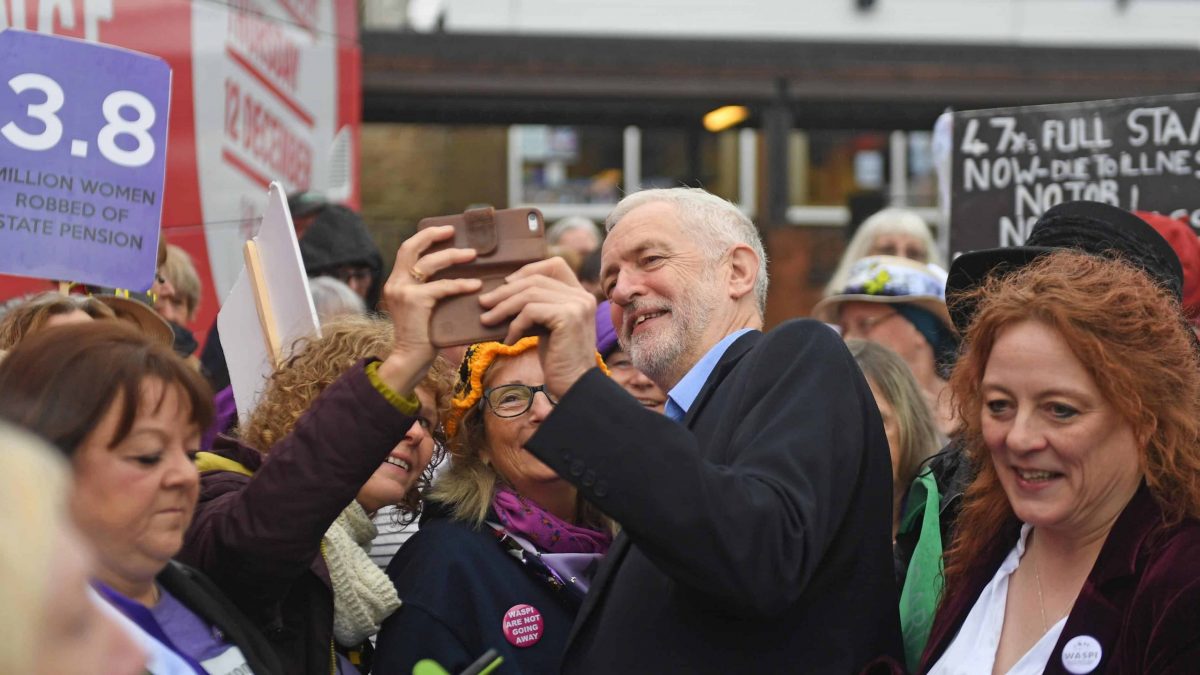 Nearly 700,000 people applied to register to vote on Tuesday, as the deadline to take part in next month’s General Election arrived.

It is the largest volume of applications submitted in a single day since registration data was first published in June 2014.

A total of 659,666 applications were submitted, according to Government figures.

A staggering 3.85 million applications have been submitted just since October 29 this year – the day that MPs voted to hold an election on December 12.

Even more significantly, there has also been a massive increase in people registering to vote in the three months before the election since the last election in 2017:

Conservative Party rely on a low turnout to win the election

By contrast, just 4% were from people aged 65 and over.

The unprecedented rush to register could be significant for the election result despite polls which have consistently put the Conservative Party in a position to form a majority government.

The Tory Party are relying on low turnout to form the majority that polls predict.

In a lengthy Twitter and Instagram posts, rapper Stormzy urged people to register to vote before outlining his support for the Labour leader. The Glastonbury headliner who had crowds singing “F*** Boris” posted calls for people to register on social media around 7:13pm on Monday, after which there were huge spikes in registrations.

He also went on to describe the Prime Minister, Boris Johnson, as a “sinister man with a long record of lying and policies that have absolutely no regard for the people that our government should be committed to helping.”

Stormy explained: “I also believe it is criminally dangerous to give the most powerful role in he country to a man who has said that the sight of a “bunch of black kids” makes him “turn a hair”.

Speaking about Corbyn, Stormzy said: “I will be registering to vote and I will be voting for Jeremy Corbyn.”

Other celebrities joined the call for people to register including footballers such as Manchester City star Raheem Sterling.

Polls consistently suggest younger voters tend to vote for left wing parties, so the fact that around two-thirds of registrations since the election was announced are under-35 would appear good news for Labour and the Green Party, possibly the Lib Dems too.

Also, polls have revealed in previous elections older people are more reliable at turning out to vote, a vote skewed to the right.

Labour and some of its high-profile supporters did more to push people to register to vote than any other party, social media statistics show.

In contrast, Prime Minister Boris Johnson did not tweet the link or even the word “register” in that time, only sharing it once to Facebook. He also shared information on applying for a postal vote once. PA analysis of figures from Twitter and social monitoring platform Crowdtangle showed the most popular posts linking to voter registration were shared predominantly by pro-Labour or anti-Tory accounts.

This adds to suggestions it is not in the Conservative party’s interest that there is a high turnout on December 12.

Jeremy Corbyn has said that Boris Johnson not asking people to register to vote on Twitter shows “he doesn’t want you to vote in this General Election”. The Labour leader directed a similar criticism towards Liberal Democrat leader Jo Swinson.

There was a spike in registration among all age groups on 30 October, the day after MPs gave their backing to a December election.

Out of 177,000 registrations that day, 115,400 were from people aged under 35, according to the government website that tracks registration.

The next big spike came on 12 November, which coincided with a Labour Party Facebook campaign aimed at getting young people to register.

Another was on Friday, when nearly 308,000 registrations were recorded – the same day as BBC One’s Question Time featured Boris Johnson, Jeremy Corbyn, Jo Swinson and Nicola Sturgeon in a two-hour special.

And the so-called ‘Stormzy Spike’ on Monday in the hours after the rapper called on people to vote for someone to lead the country “committed to doing what is right,” causing an enormous 351,000 spike in voter registration.