"When I wake up in the morning and switch my tv on, I can’t express the levels of disappointment when I see Richard Madeley." 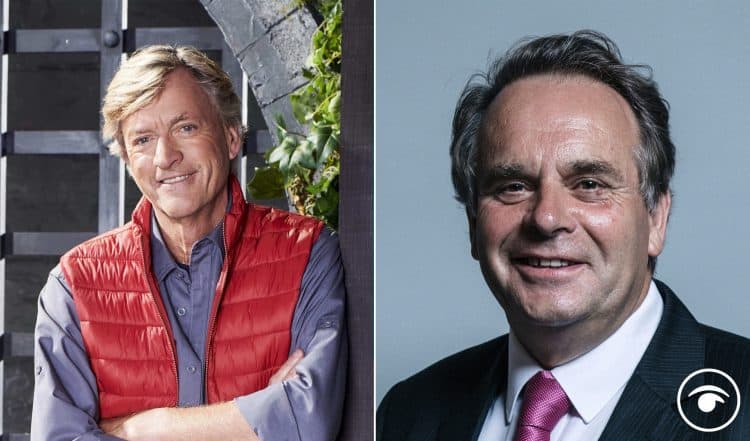 Finally yesterday Tory Neil Parish said he would resign as an MP after admitting to twice watching pornography in Parliament, saying he first accidentally viewed it after looking at tractors online before then acting deliberately.

Who would defend him? Well his wife, sort of and…Richard Madeley. The Alan Partridge impersonator was at it again this morning.

Don’t believe me? Listen to Steve Coogan in this clip, below.

The 65-year-old select committee chair, who is a farmer by trade, said the second time was while sitting waiting to vote on the side of the Commons chamber in a “moment of madness”.

Madeley admitted he felt sorry for disgraced MP Neil Parish with the presenter claiming he ‘didn’t have a track record’ for it.

Madeley said: ‘I don’t know about you but I was sort of inclined to take that at face value because there is no suggestion that he had a track record for doing this. It’s not like he was always looking furtively at his phone in the Commons.

‘It seems to have been his first and second offence. I think for a politician, if you saw the whole interview, it was quite a mea culpa.’

Good Morning Britain airs weekdays from 6am on ITV.