"You literally chose a profession where if you did a good job you’d expect applause. You know, back when you had a career." 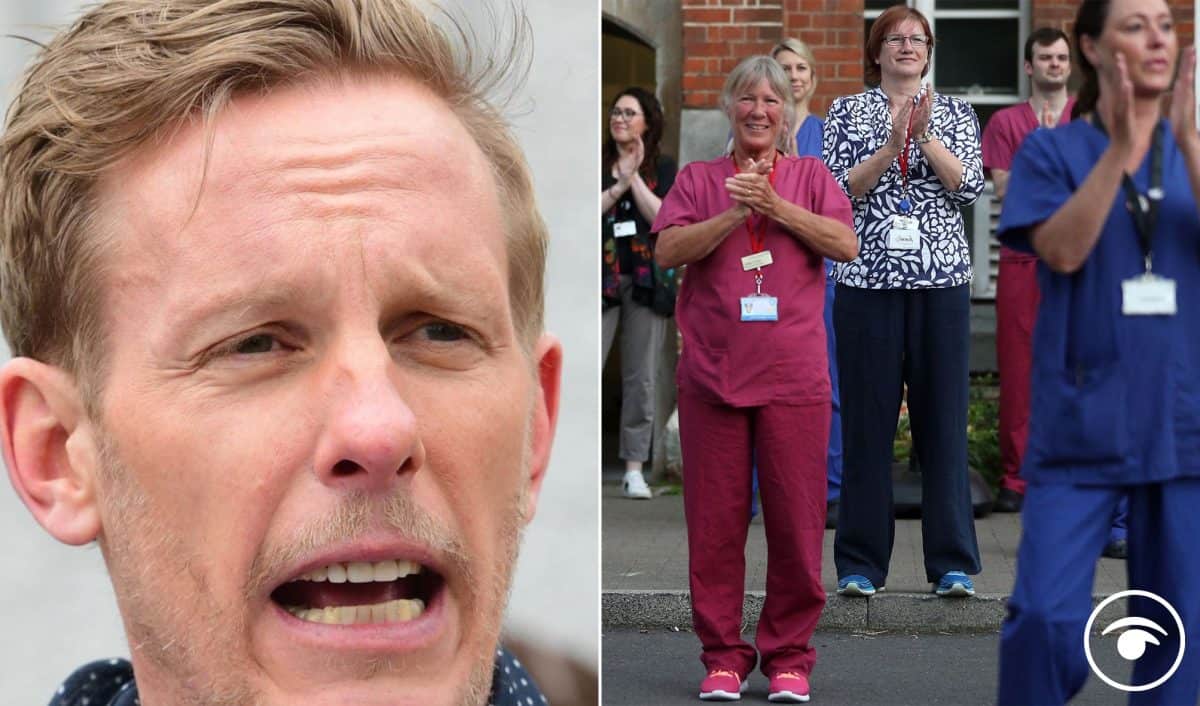 Laurence Fox has found himself in another Twitter spat on the eve of the London mayoral elections after he took a swipe at the NHS for moaning too much.

Only last month the outspoken actor used the launch of his manifesto to defend his right to call people “paedophiles” on Twitter, citing free speech and claiming it is just a “meaningless and baseless” insult.

It is highly unlikely he will win the race for London’s top job, as he is was tying with Count Binface recently.

His Reclaim Party campaign, promising to “unlock” the capital from all Covid rules, only has 1 per cent support.

He accepted his fate in a candid interview with Express.co.uk this week after saying he has plans for the next two years outside City Hall.

He said: “It’s a shame about Sadiq. Someone should give him a run for his money.

“The London Mayoral, just because it exists, we had to stand for it.

“My interest is absolutely in the country and I’ve got the next year planned out.

“I know what’s happening for the next year, and I’m even talking about what we’re doing the year after that.

This new row kicked off when NHS psychiatrist Dr Benjamin Janaway described Fox as ‘literally the 1 per cent,’ in relation to his polling neck and neck with Count Binface.