'Mr Fox seriously defamed me and I have instructed Mark Lewis from Patron Law to sue for defamation.’ 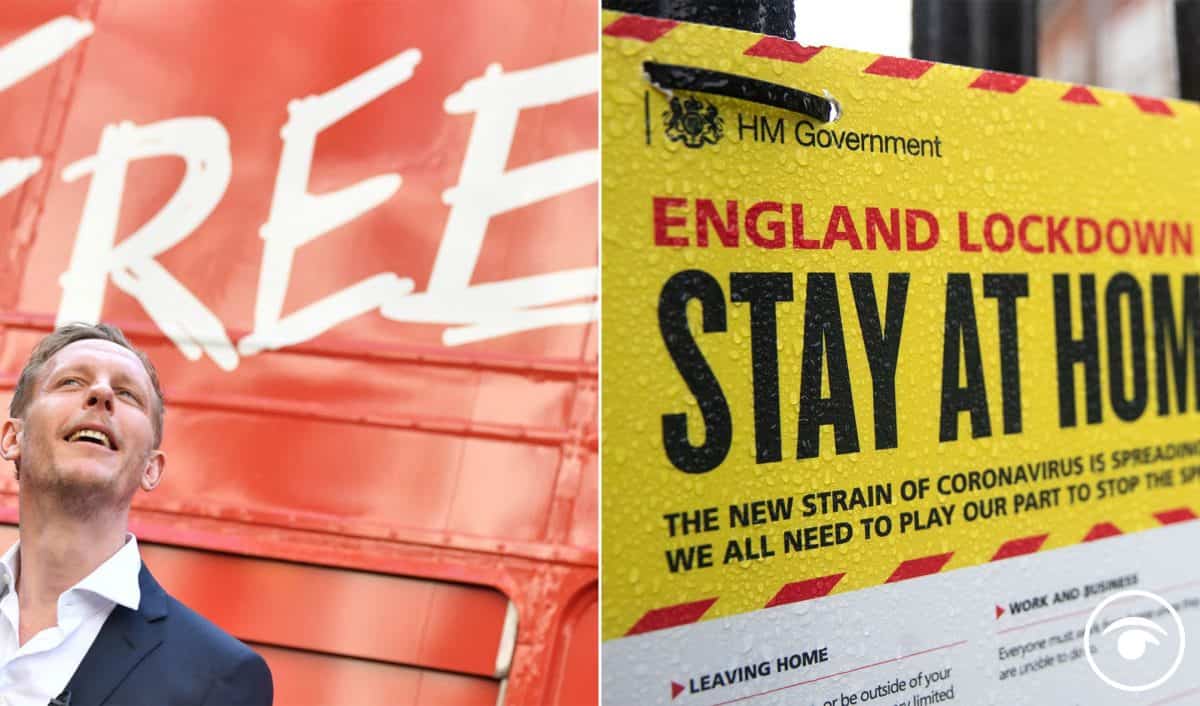 Controversial actor Laurence Fox is standing Mayor of London, as the leader of the Reclaim Party, but now he faces a legal battle over offensive tweets.

He said he had been inspired to try and topple City Hall incumbent Sadiq Khan at the May 6 election after the Chancellor revealed at the Budget that the coronavirus response had seen the Government borrow £407 billion.

“Both the main parties are competing in this dreary race to be the last to set the country free.

“Both Tory and Labour have got this badly wrong. I want London – and indeed the rest of the country – to be allowed to get back to work and play immediately – not by late June.”

Fox has also promised free Tube and bus travel for six months after lockdown, although such a proposal would likely bankrupt Transport for London.

Last year Fox called CEO of Mental Health First Aid England and deputy chair of Stonewell Mr Blake and drag queen Crystal ‘paedophiles’ in now-deleted tweets, in a row over his boycott of Sainsbury’s due to the supermarket’s support of Black History Month.

In a separate now-deleted tweet, he also called Ms Thorp a ‘paedophile’.

Back in Oct 2020, Laurence Fox hit out at supermarket Sainsbury’s for creating a safe space for its Black staff members, after they put out a statement that said: ‘We are proud to celebrate Black History Month together with our Black colleagues, customers and communities and we will not tolerate racism.  ‘

We proudly represent and serve our diverse society and anyone who does not want to shop with an inclusive retailer is welcome to shop elsewhere.’

In response Fox tweeted: ‘Dear @sainsburys I won’t be shopping in your supermarket ever again whilst you promote racial segregation and discrimination.’

Mr Blake then replied: ‘What a mess. What a racist t**t’, with Fox replying: ‘Pretty rich coming from a paedophile.’ Fox also called Crystal a ‘paedophile’ after the drag queen tweeted: ‘Imagine being this proud of being a racist! So cringe. Total snowflake behaviour.’

Mr Blake said that he ‘regretted the unnecessary language’ he used in his tweet again Fox but said: ‘In response, Mr Fox seriously defamed me and I have instructed Mark Lewis from Patron Law to sue for defamation.’

Related: Watch – Laurence Fox’s mayoral candidacy announcement is so so so Alan Partridge