Unchanged since the 1960s, is the Caterham Seven still relevant in the 2020s? 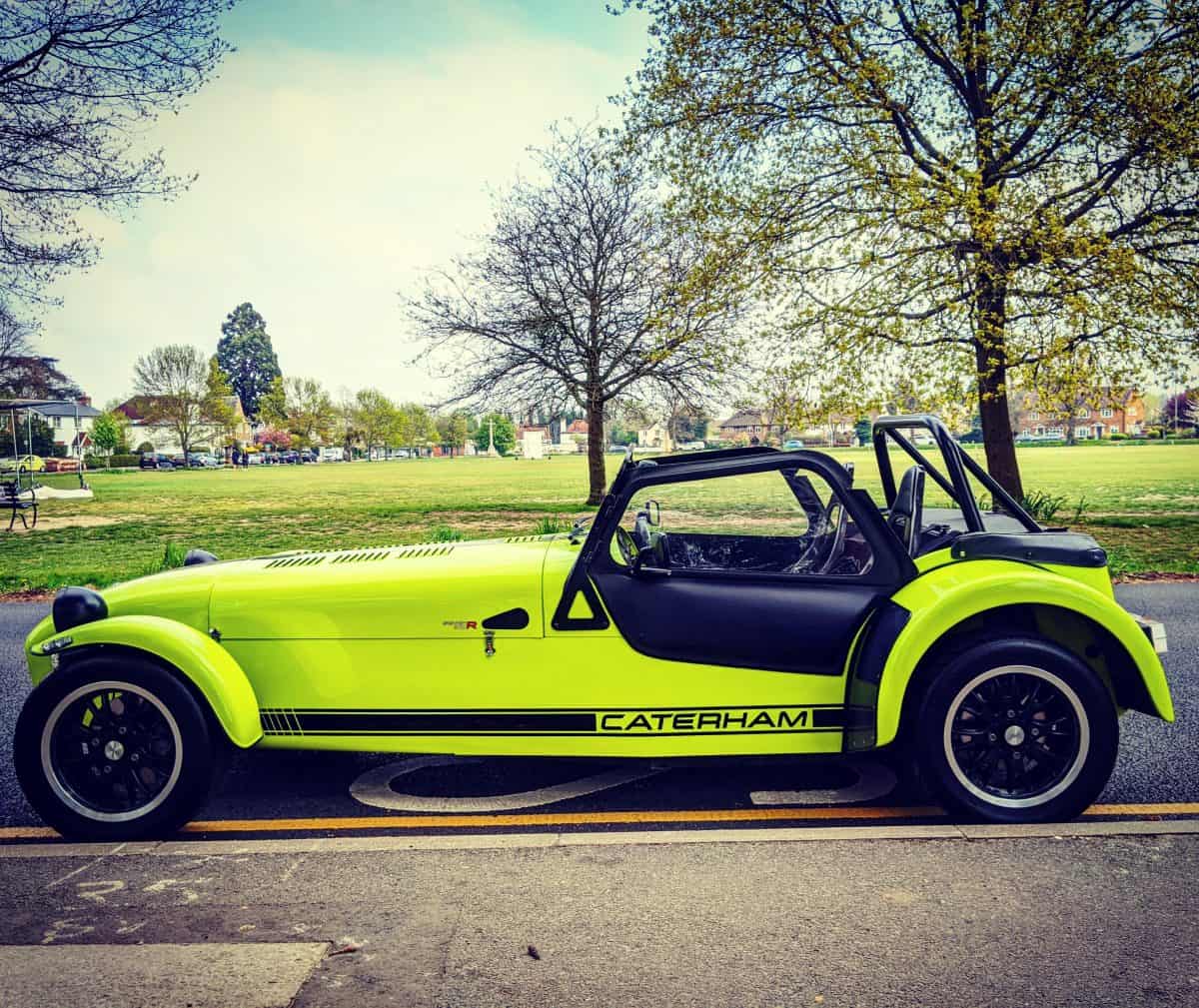 The humble motor car has come a long way over the past 40 years. Engines became bigger and more powerful. Driver aids such as ABS brakes, power steering and cruise control have made driving safer and easier. Advances in technology have made them greener, with that trend perhaps now the most important commercial prerogative in the industry. People demand comfort, practicality and efficiency from their cars.

Frist constructed by Lotus in the 1960s then built under the Caterham name from 1973 onwards, the Caterham Seven and the variant tested here, the Caterham Seven 310R, hasn’t exactly moved with the times. Instead, it has remained resolutely bound to its original recipe. The model you see today differs only marginally from the ‘60s. It’s rare to see anything so unaffected by the winds of change, let alone a car.

Things get worse, too. The four-point racing harness is a faff and makes getting into the car and getting away a laborious process. At a petrol station with my dad, a van beside us wouldn’t start – the bloke driving it managed to pop the hood, fix the engine and get away before we did.

The turning circle is rubbish, too. Misjudge your exit from a tight T-junction and you’re soon pulling an embarrassing three pointer to get away.

If you’re going away for the weekend, you’re faced with a stark choice – take the roof or take some luggage. Who needs a change of pants anyway?

The full beam light is also blindingly bright. I mean, retina burningly bright. I’ve never seen anything like it, you have to put your hand over it to see where you’re going.

Speed bumps, too, are a terrifying ordeal. As is the Caterham’s fuel gauge, lurching from a comfortable quarter of a tank to the red line in the blink of an eye. Need to adjust the wing mirrors? You’ll need to stop, get out, move them and pray they’re in the right place.

All this for the cost of a well-heeled hot hatch or second-hand sports car.

And yet… there’s something remarkable about the Caterham Seven 310R. It reminded me of Bill Withers’s Use Me, where he explains how good it is to be in a relationship with someone who uses him. It’s a one-way relationship and it feels that way with the Caterham at times. “I said brother, if you only knew, you’d wish that you were in my shoes…”

The Caterham Seven 310R certainly provided some challenging moments, but my word did it deliver when the conditions were right. Zipping along B-roads and suddenly it just fell into place. I got it. I had that moment with the car where everything just felt right. The rough edges were instantly smoothed and it became an immersive and addictive driving experience; just you, the car and the open road. It’ll forever leave you chasing the dragon of those moments. “When you love me I can’t get enough.”

I collected the 310R from Caterham’s site near Gatwick on a Wednesday morning. This meant being thrown in at the deep end and hitting the Ms 23 and 25 at rush hour. Sitting at 70mph between a couple of lorries and you suddenly feel rather exposed. It’s safe to say, this isn’t the Caterham’s natural habitat.

Nevertheless, it handled it with aplomb and was far more comfortable that I’d dared to hope it would be. It drew a lot of attention, too. I’m not sure if people thought I was mad or they liked the car, but a few thumbs up and appreciative nods came my way.

People really love this car. It’s different. That ‘60s styling strikes a chord with everyone, from kids wanting to have a closer look, to knowing looks from adults and questions about it wherever you go. If you don’t like talking to people, this isn’t the car for you.

Anyway, out on B-roads is where the Caterham comes alive. Darting through the Surrey Hills or meandering to Marlow in the Chiltern Hills, the Caterham was a joy. The tiny Momo steering wheel feels supremely accurate once you get some speed up and with no pillars and frames to obstruct your view, you can plot your path through bends with rare ease. It’s just so simple. It’s so enjoyable.

The exhaust runs alongside the driver, so you get to hear everything the 1.6-litre Ford Sigma engine is kicking out. Because it’s so light – if Eddie Hall put his mind to it, he might be able to deadlift it – and because it’s rear-wheel drive, you can kick the back end out at will and keep things nice and tidy. It makes you feel like a good driver. It leaves your longing for the road to keep on stretching out to the horizon.

I knew sticking to a rigid formula for these articles would bite me one day. Put simply, there isn’t any. Luggage or roof? Make your choice.

If we delve a bit deeper, however, there are one or two touches of practicality. It has a heater. That’s something. It also has a socket for charging your phone. Colin Chapman never installed one of those.

Over speed bumps you have to proceed with caution. Over rougher road surfaces, however, the Caterham Seven 310R was far more amenable than you’d expect. You can see the springs working away on the front wheels in front of you, and they soak up most of the punishment.

Fuel consumption is okay, too. Obviously there’s no read out to tell you your mpg and I forgot to track the exact numbers, but you could head out for a track day (which you’ll absolutely want to do if you get one) and not worry about running dry from full. The roof is easy enough to use, too. It’s secured with poppers and you can get it on in around two minutes. Taking it off is much quicker. I didn’t drive it with the roof on, but I imagine it would quickly turn into a sauna because you can’t open the windows and the heater only does what it suggests – heats.

You’re never far from the rough edges of the Caterham but it’s not these that define it. It’s unapologetically a one trick pony. You want creature comforts? Sod off elsewhere. The Caterham Seven 310R is laser focussed on delivering a supreme driving experience.

It’s a throwback to a bygone age in the most glorious of ways. If you can accept the plethora of compromises, then you will be handsomely rewarded. It’s agile, fast, accurate, good looking, simple; there’s so much in the driving experience that will keep bringing you back into its welcoming embrace.

“It ain’t too bad the way you’re using me, ‘cos I sure am using you to do the things you do.”