The TV personality said attacks on the Harry Potter author are "really because she spoke out for Jews and against Jeremy Corbyn." 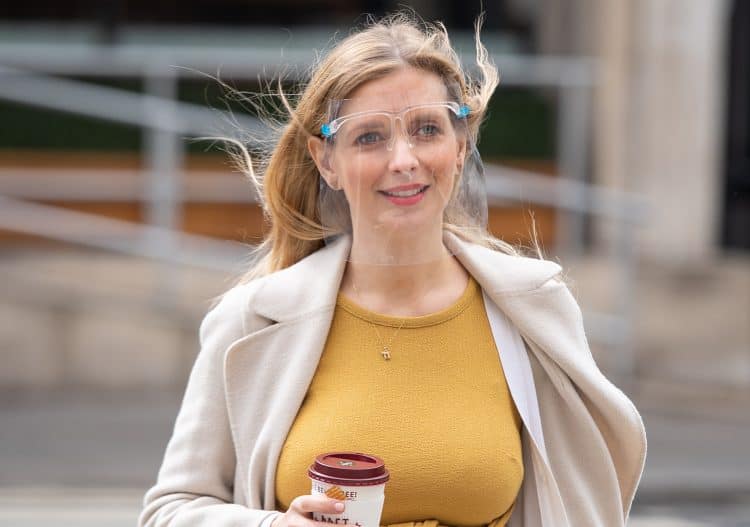 The countdown star was asked about the backlash the Harry Potter author has received during a recent interview, and came up with a rather novel way of explaining it.

She told The Sunday Times Magazine: “I think a lot of the attacks on JK Rowling are really because she spoke out for Jews and against Jeremy Corbyn and antisemitism.”

Rowling has been criticised in recent years for her controversial comments about transgender rights, which began in June 2020 when she called out the gender-inclusive term “people who menstruate”.

“I’m sure there used to be a word for those people,” Rowling wrote, adding: “Someone help me out. Wumben? Wimpund? Woomud?”

While there was a contingent of Twitter users who supported Rowling for her tweet, there were plenty – including numerous celebrities – who criticised her comment as “anti-trans” and “transphobic”, arguing that transgender, non-binary and non-gender conforming people can also menstruate.

Praising the author’s philanthropy work, Riley added: “She has made a real difference to the world. And [just saying] this will get us both cancelled.”

“Corbyn is a racist endeavour”

In 2019, Riley sparked controversy after she posted a picture wearing a photoshopped t-shirt of Jeremy Corbyn at an apartheid rally.

She defended her decision to wear a t-shirt featuring a doctored photo of the former Labour leader, saying she has “no qualms” about “highlighting” the Labour leader’s “racism”.

The photo depicts Mr Corbyn carrying a poster which has been changed to read: “Jeremy Corbyn is a racist endeavour.”

The original photo, taken in 1984, captures the moment the Labour leader was arrested while protesting the South African apartheid.

The real message at the time read: “Defend the right to protest against apartheid. Join this picket”.