Michael Mansfield QC, for victims, said there is ‘overwhelming’ opposition to an application for immunity from prosecution for corporate witnesses. 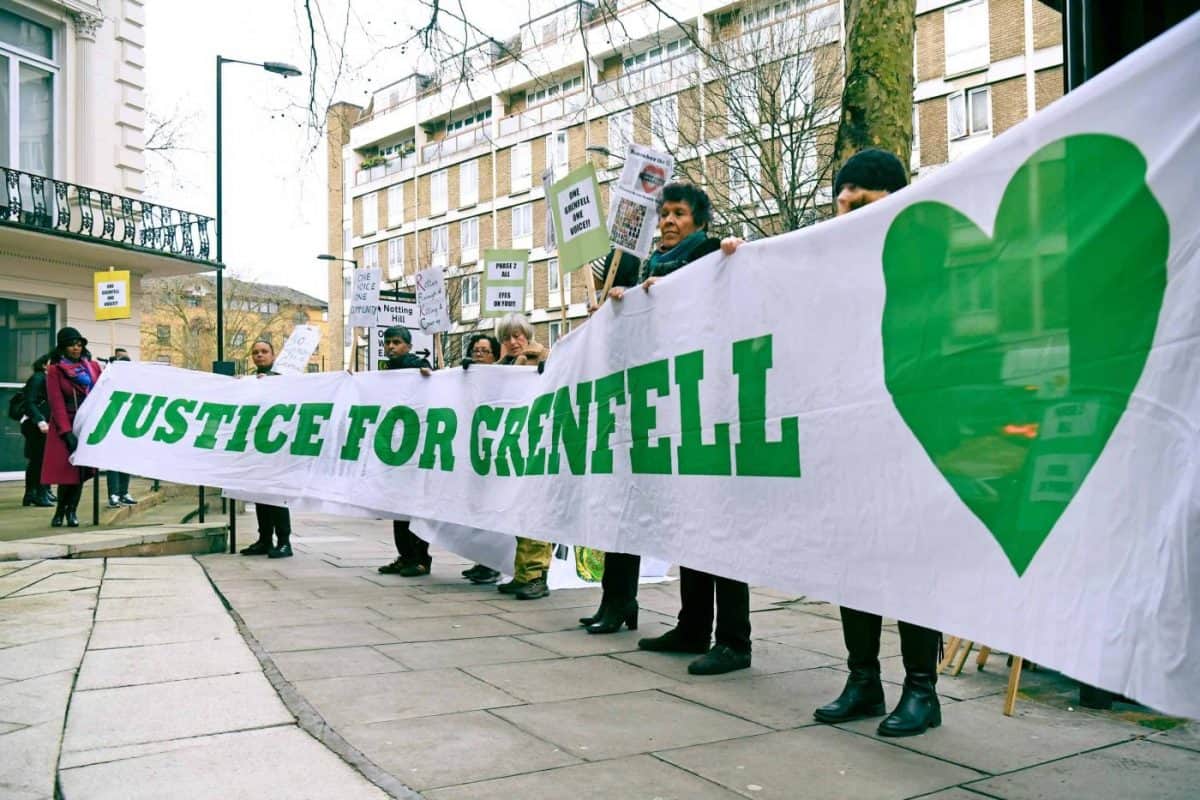 Corporate witnesses involved in refurbishing Grenfell Tower with flammable materials are trying to “derail” and “sabotage” the public inquiry by threatening to stay silent unless they are guaranteed they will not be prosecuted, it has been claimed.

The inquiry into the disaster which killed 72 people heard that the “potential perpetrators of this inferno” are trying to “essentially dictate the terms in which they will provide their assistance”.

Chairman Sir Martin Moore-Bick is considering a request to write to Attorney General Geoffrey Cox QC asking for an undertaking that would stop any evidence staff may give being used against them in any future criminal proceedings.

Representing victims, Michael Mansfield QC said on Monday that there is an “overwhelming and strong” consensus opposing the application.

He said: “The families say to them directly today, would they kindly take a moment to reflect and reconsider whether they really want to put the families through more anguish, more agony through the months that come.”

He went on: “They are pretending that they want a full and open inquiry in which they will co-operate.

“We say it is abhorrent to the interests of justice that those who are potential perpetrators of this inferno, who have caused the loss of life, injury, which is often overlooked, the loss of homes.

“Then, and continuing now and well into the future, can those potential perpetrators come here and essentially dictate the terms in which they will provide their assistance?”

He said the timing of the application appears to be an “attempt to derail this inquiry”, adding: “If it was serious this would have been done months ago.”

Mr Mansfield said if the undertaking was granted: “Are we to trust that these very same people with this blanket undertaking will come here and tell the unvarnished truth?

He went on: “Going one stage further, I would say were it to be granted, given the climate of denial and buck-passing … the granting of an undertaking in this context will be tantamount, I fear, to a licence to lie.”

But Sir Martin said that “might be going a bit far” as it would not cover giving false evidence to the inquiry.

Stephanie Barwise QC, for another group of victims, said: “In short, the timing of this application is highly disingenuous and bears all the hallmarks of sabotage of this inquiry.”

The collective application sent to him said the pledge would “fulfil the inquiry’s primary obligation … in the most effective and least disruptive manner”.