Care manager Joao Lamberio is in a race against time to apply for post-Brexit settled status. 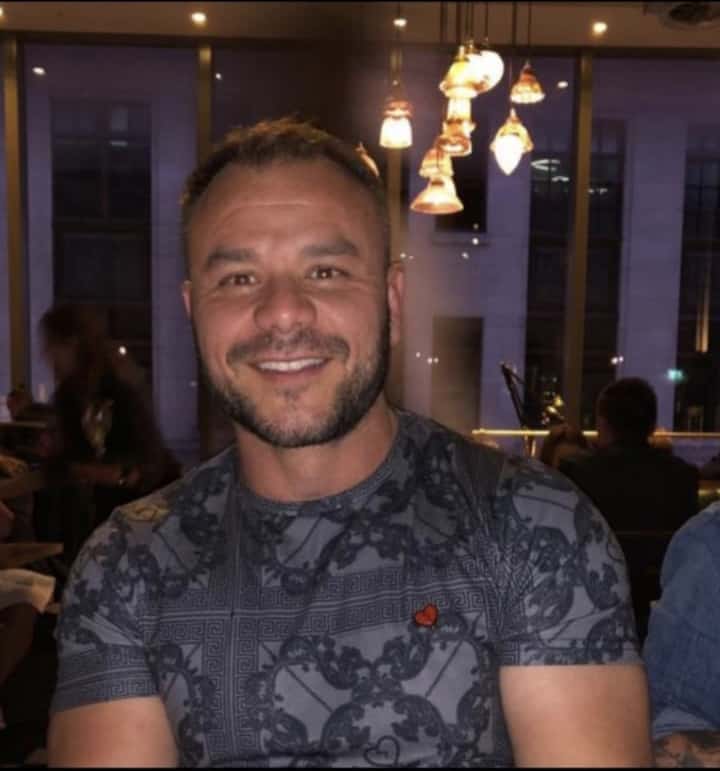 A Portuguese carer who has lived in Britain for 25 years is at risk of deportation as the deadline for EU citizens to apply for settled status looms closer.

Joao Lamberio, 40, has studied and got his qualifications in the UK, and said he has been working and living in Southampton for 24 years without a break. Seven years ago, he started working in the care sector, dealing with vulnerable adults with learning difficulties.

But four weeks ago, government rules prompted his employer to state they will terminate his contract if he does not provide proof of his settled status – which he has been unable to get due to a coronavirus backlog at the Portuguese consulate in London.

“I have been with this company for so long and it’s a case of, ‘if you don’t have it, see you later’. It wasn’t a case of them wanting to do that, it was the rules imposed on them by the government,” Lamberio told The London Economic.

The Home Office told TLE that they published “non-exhaustive guidance on reasonable grounds for missing the deadline” and promised they will take a flexible approach towards late applications.

A spokesperson added they are working closely with employers to raise awareness – and that those who apply by the 30 June deadline but do not receive a decision by then will have their rights protected until a decision is reached.

Renewing your passport or ID ‘not as simple’ in pandemic

Lamberio said his passport and national ID expired in January this year, so he applied for settled status in December 2020. But he said the Home Office would not accept his passport or identity card, as they were not classed as ‘current’.

And because of a Covid backlog, the Portuguese consulate was unable to provide advice, renew his passport in time or answer emails and phone calls.

The problem is not isolated – a quick Google search reveals similar accounts being shared through reviews about the Romanian consulate in London, which serves more than 800,000 Romanians in the UK.

“It’s not as plain and simple as getting in the car and driving to London, usually with the Portuguese consulate. If you turn up and you haven’t booked, they just say ‘see you later’, and trying to get an appointment is very difficult,” Lamberio said.

Lamberio has also not beeing able to travel to Portugal to sort his paperwork out because of Covid restrictions – and because the adults he works with need “high levels of support”.

He said: “A lot of people say ‘you should have renewed your passport before’, but if you are a EU citizen working like I am – I can’t just go and ask if I can have a week off and fix things. In Covid times you have people to care for, company policies to let them know in advance, I couldn’t just take time off.”

He added: “Portugal was on the ‘red list’ and they were talking about having quarantine for 10 days in the UK and that costs a lot of money – £1,800. But there was no way I could be away from the UK for that much time, because Portugal required quarantine as well.

“I couldn’t anticipate that it was going to take me six months to get a passport, usually it takes me eight weeks tops; and that they wouldn’t answer the phone.”

‘Tax on someone whose fault it isn’t’

With the deadline looming, Lamberio hired a solicitor to help him do a manual application instead of the usual digital one, because his identity documents had expired.

He said his solicitor is sympathetic towards the cause – but he’s “a business, not a charity”.

“I have asked him to keep me updated of the costs because if it is over £1,000 then I need to be aware of that,” Lamberio said, adding: “If think if it costs that much that would be unfair, it would be like a tax on someone whose fault it wasn’t.”

He said that, if he is rejected, the Home Office will not give him a reason and he will be unable to keep his “place in the queue”.

He added: “We as numbers don’t matter, it makes no sense to me. I don’t believe the Home Office or the government are aware they are dealing with humans, it feels there is no sympathy regardless of what job you are doing.

“I have contributed to the society, studied, loved, done everything in this country for the past 25 years. In the middle of a pandemic, the deadline hasn’t moved at all.”

A spokesperson from the Portuguese embassy told TLE that its citizens can submit an application for EU settled status even with an expired citizen card until the end of 2021.

And they said the Portuguese consulate has no pending request for Mr Lamberio.

A Home Office spokesperson said: “The EU Settlement Scheme has been open now for more than two years and has already surpassed 5.4 million applications. We urge all those eligible to use the support available online, on the phone and through our grant funded organisations to apply as soon as possible so they can secure the status they deserve in UK law.

“Where a person has reasonable grounds for missing the 30 June deadline, they will be given a further opportunity to apply. The Home Office has made up to £22 million available in funding for a network of 72 UK organisations to help vulnerable people apply to the scheme, and has invested nearly £8 million in marketing campaigns to encourage people to apply to the EUSS.

“We can also accept alternative evidence of identity and nationality if applicants cannot produce a passport or national identity card due to circumstances beyond their control or compelling practical or compassionate reasons.”