‘In Limbo’ author reveals why the government’s Settlement Scheme and citizenship process could cause a scandal 'like Windrush'. 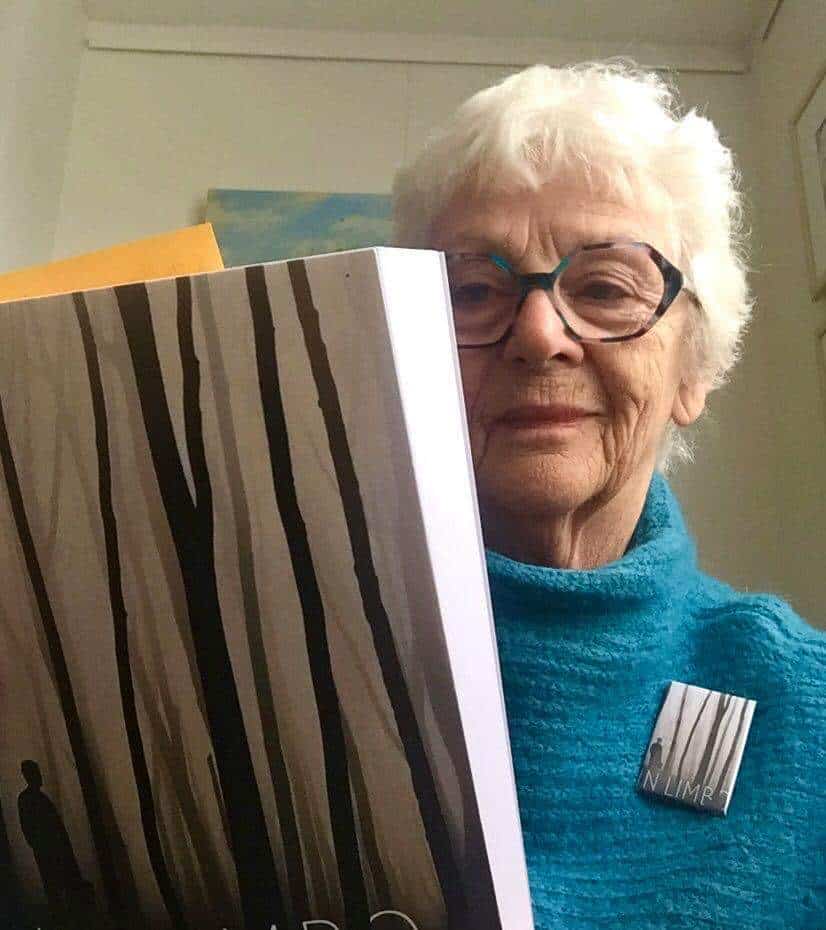 Elly Wright, 78, from The Netherlands, said she had changes made by the Home Office to her digital settled status proof without being informed and found the application process a hassle

An Italian citizen who spent £5,000 to get British citizenship for her family because she “couldn’t trust the government” has collected conversations with around 300 UK and EU citizens about their post-Brexit ordeals.

Elena Remigi started gathering stories for In Limbo in 2017, shortly after the UK voted to leave the bloc.

She said: “I realised EU citizens have become a bargaining chip for the government. EU citizens didn’t seem to have a voice.

“People were leaving comments saying how they felt and I thought, if I could put them in a book, we can show people how we feel.

“We collected testimonies from the other side of the ocean too as we are mirroring each other.”

Trauma, pain and loss because of the referendum

Elena felt it was important to show the trauma and pain of the referendum.

She said the most painful stories are not in the book, because those who shared them did not want to do so in writing, or be identified.

But Elena listened to them: “Some stories will never be told.

“If a scientist is going through issues, you can imagine what vulnerable people go through.”

She added: “When I look back at the first testimonies, it’s the lost sense of home, belonging and identity; people had found the country they love. It came as a tsunami in our lives.

Elena uncovered a lot of heartbreaking stories during her research.

An 84-year-old Belgian grandmother who has been living in Scotland since the 1950s was not told by her Leave-voting children that she had to apply for Settled Status.

She was confused but eventually received help to apply from another relative, who was hopeful about the outcome.

“It just shows how many people risk being undocumented,” Elena said.

Natasja from The Netherlands who went through 15 years of domestic violence said Brexit reinforced the fact that someone else was in charge of her life.

And she said applying for Settled Status triggered her PTSD: “The Home Office’s ‘your activity is not worthwhile or genuine, prepare to leave immediately’ pretty much describes how I feel about myself after years of being told I’m worthless.

“Just writing this makes me cry.”

The daughter of a 90-year-old woman expressed outrage at the fact that her mum had to apply for Settled Status: “She shouldn’t have been put through this in her 90s.”

Another daughter who lives in Europe struggled to get Settled Status or Indefinite Leave to Remain for her father, who was in a UK care home.

She said: “His Parkinson’s became too much for me to manage on my own as I have significant health problems myself.

“I have been having nightmares about my dad being carried out of the care home as he doesn’t walk, and being forced onto a plane.

“He should have indefinite leave to remain, which he was told he had when he married my mum in 1962 but I know things go wrong and information gets lost all the time.”

Elena aimed to include as many testimonies as possible from Eastern Europeans, as she felt they were underrepresented.

She thinks the group has been treated in an “absolutely shameful way” by the media.

She found it very difficult to reach them.

She said: “A lot of Eastern Europeans struggle with the language and if they arrived here recently to work, they don’t know about free settled status.

“It can only deepen the divide unless we allow everybody to carry on living as before but so far we haven’t been. This application could have been a simple one.”

She met a Romanian taxi driver who had lived in the UK for 12 years. He thought because he had a National Insurance number and tax records he could prove his residency.

Elena said: “His wife and daughter hadn’t applied either. I was really worried for his family.”

In In Limbo, Denisa Popa, who grew up under Romania’s communist regime, admited she cried when she found out the referendum results.

She had always admired the West for its values and freedom of opportunity, and regarded herself as a EU citizen who chose to live in the UK.

But she found the settled status application as “painful” as her student visa one 20 years before.

She said: “Like then, I felt powerless and perplexed in front of an implacable authority to whom, it seems, I didn’t really matter that much. There have been weeks of excruciating anxiety waiting for the answer to my application, when I kept waking up in the middle of the night and then not being able to fall back asleep.

“Having experienced the capricious disregard for people’s rights under a communist regime, nothing can completely eliminate the fear that one day the authorities might simply change their minds and change the rules.

“As life in pre- and post-communist Romania has taught me: political irresponsibility has no limits.”

Elena is worried that settled status can change.

She also thinks that the current digital-only proofs will lead to discrimination towards EU citizens.

She said: “Without physical documents, it’s much harder for a person to get a job, rent, or open a bank account.

“People have busy lives and they think, I’d rather offer the house or the job to someone who I am sure has no problems.

“We are in this terrible limbo.”

Elena said everyone is at risk, regardless of how long they have been in the UK or whether they are married to a UK citizen.

She said that, since Brexit, she came across a lot of women in particular falling into depression.

She said: “They were struggling to cope with the weight. That’s why In Limbo is about the human cost – and it has been quite high.

“We were told nothing would change for us and fundamentally everything changed. It’s humiliating.”

She added: “Do we want to have another scandal like the Windrush one at a much bigger scale? Because there are millions of us.

“I just hope to see something change, but at the moment we can’t help but worry. I would like to see a more humane system.

“If the country said, they are our friends, our neghbours, maybe it would allow people to live as they were before.”

Elena said she found getting citizenship very difficult, and came across a lot of anxiety.

She mentioned the comprehensive sickness insurance (CSI), a poorly advertised, retrospective requirement for citizenship applicants. CSI can be used as a reason for citizenship refusal and subsequent loss of more than £1,000 in costs.

Elena said: “People have been very worried because when they apply they pay astronomical fees and are very worried about not getting it.

“It’s very expensive so a lot of families can’t apply.

“Many nationalities don’t allow a dual nationality. Some people have to renounce their citizenship, and why would you want to renounce your European one?

How to apply for post-Brexit settled status for EU citizens