"We’re never again going to have all this abandoned industrial space which could’ve transformed the lives of people in a borough where thousands are statutorily homeless or spending half their income on private rent." 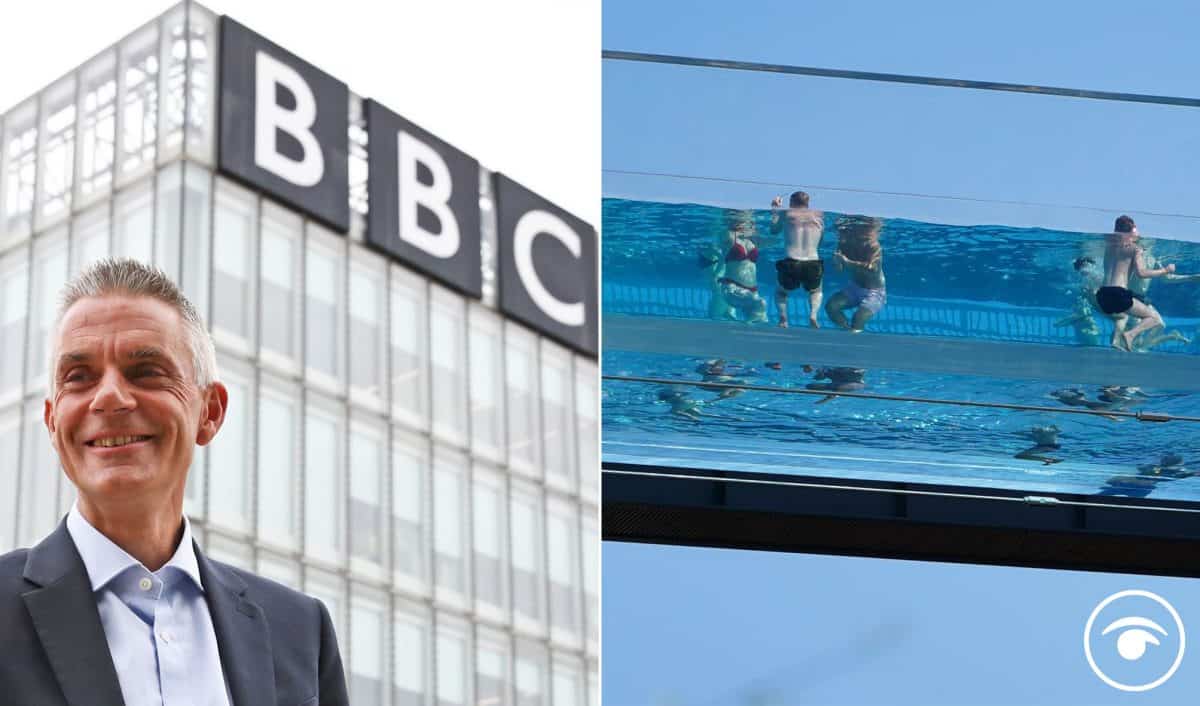 For the second day in a row it was the hottest day of 2021 on Tuesday, which was the first day of meteorological summer, after a toasty 25.8C was recorded in both Cardiff and Middle Wallop.

Today is expected to be another fine day for many, but thunderstorms are likely across parts of south-west England and south-west Wales, leading the Met Office to issue a yellow weather warning for these areas.

To illustrate yesterday’s temperatures the BBC tweeted some footage of bathers enjoying the warm weather in London at the Sky Pool ‘which is believed to be the world’s first transparent pool built between two skyscrapers.’

Swimmers enjoy warm weather in London at the Sky Pool which is believed to be the world’s first transparent pool built between two skyscrapers
https://t.co/mtRX8qvt0a pic.twitter.com/2skTGK9Jp7

How the other half live

What the BBC failed to mention was that if you have invested in one of the ‘affordable homes in the block, you can’t have access to it. A Guardian article published in February looked through the glitz and glamour behind the development.

Describing the Sky Pool Oliver Wainwright wrote: “This is the Sky Pool, the latest addition to the luxury residential enclave of Embassy Gardens in Nine Elms, south-west London – one absurdist step beyond the private cinema, indoor pool, gym and rooftop lounge bar. It was dismissed as a “crackers” PR stunt when the plan was unveiled by Irish developer Ballymore in 2015, a fantastical aquarium of captive high net worth individuals for the rest of us to gawp at from far below.”

Well it is definitely a reality as seen from the footage yesterday.

The article also went on to quote Iqbal. He lives in Embassy Gardens, Iqbal and his neighbours will never enjoy the thrill of going for an aerial dip.

“We have a front-row seat of the Sky Pool.”

However, “the sad thing for us, living in the shared-ownership building, is that we will never have access to it. It’s only there for us to look at, just like the nice lobby, and all of the other facilities for the residents of the private blocks. Nobody expects these amenities for free, but we’re not even given the choice to pay for them.”

For people who do not have the money for a, well, unaffordable home, you don’t get to access through the chic main entrance but in small door out of the way. These are known as ‘poor doors.’

“I grew up in South Africa, in a country that was racially segregated, but in London there is still really bad class segregation. We have a mortgage and we pay our rent, but every day we are made to feel inferior, like the have-nots of Nine Elms.”

A lot of people saw this footage and were appalled.

I’m a Londoner, born and raised. I’ve seen some fucked-up gentrified super fuckery in my time, but this has to be the absolute dumbest shit I’ve ever seen. Honestly, I despair at the big bag of bollocks this godforsaken island has become. Christ.

There’s a mistake in this report.

Must be odd living in these particular flats – people swimming along peering in your windows all day long. Like a human aquarium. pic.twitter.com/EBlVNuDUD0

This pool, at Embassy Gardens in Nine Elms, cannot be accessed by those living in the shared ownership part of the development …. https://t.co/vzRCoENQH5

This is the notorious Embassy Gardens that has "poor doors" for less well-off residents – they're not allowed in the pool or even in the main lobby https://t.co/NDTUxSMPzC https://t.co/j59iLNt6Vu

This is 5 minutes away from the estate I grew up on in Battersea where the council abandons social housing tenants with damp, silverfish and no central heating in their flats for months but rubber stamps luxury developments like this on our doorstep https://t.co/ZyYCtRWAZR

Aydin Dikerdem, Labour Councillor for Queenstown, also added a thread on the development and the wasted opportunity.

I see the sky-pool in my ward is trending. So a good opportunity to talk about Nine Elms and the role Wandsworth Tory Council and the then Mayor, Boris Johnson, played in shaping this part of London/ (thread) pic.twitter.com/O2tFeZjARr

This former industrial area in the heart of London was an incredible opportunity for a city facing a sever housing crisis. Yet from its inception, Conservative politicians have prioritised the private gain of developers over the public good.

But surely the new Northern Line is a good thing? Of course, but rather than using Community Infrastructure Levy, or God forbid some govt funding, the Council used Section 106 (a kind of local tax on developers) to fund it.

Ostensibly then, this is a huge taxpayer subsidy to improve house prices in a luxury development to pay for a piece of infrastructure Wandsworth residents have no public ownership over at the cost of the desperately needed social housing that makes regenerating the area worth it!

That’s why what’s happened here is so upsetting. We’re never again going to have all this abandoned industrial space which could’ve transformed the lives of people in a borough where thousands are statutorily homeless or spending half their income on private rent.

There was once a world where you could build riverside council homes. If you look across the river from Battersea Power Station you’ll see the post-war Churchill Gardens Estate, a testament to an era in which council and key worker housing was prioritised and invested in.

Related: Johnson slammed as ‘1.3 million children under five are living in poverty’