“A man was arrested on suspicion of sending by public communication network an offensive, indecent, obscene, menacing message or matter." 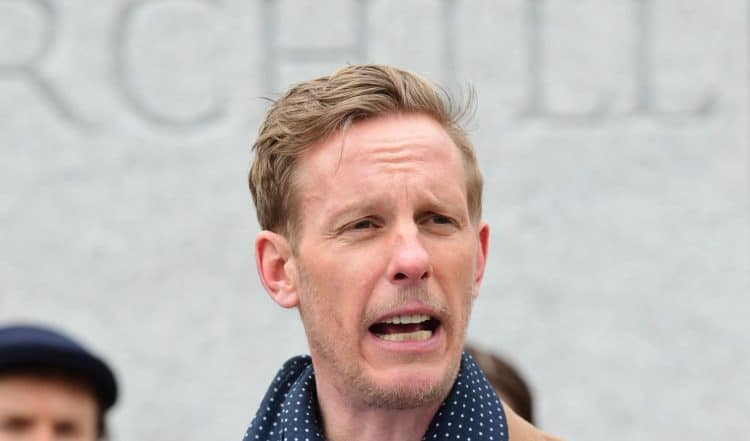 A police and crime commissioner (PCC) has criticised her own force for sending police officers on two occasions to question and then arrest a man for an alleged offensive social media post.

Actor and political activist Laurence Fox has posted a number of videos showing officers from Hampshire Constabulary being confronted as they attempt to make the arrest while attending an address in Aldershot. It appears the man is a member of the Reclaim Party, reports Basingstoke Gazette.

Donna Jones, the PCC for Hampshire and the Isle of Wight, has issued a statement of her concern at the force’s decision to deploy officers for the complaint while not sending to some burglary crime scenes.

She said the allegation of an offensive social media posting related to an image of Progress Pride flags in the shape of a Swastika.

Ms Jones said: “I am aware of the video published on Twitter which shows the arrest of two men in Hampshire yesterday (July 28), one for malicious communications and one for obstruction of a police officer.

“I have taken this issue up with the constabulary today and have been advised officers made the arrests following a complaint from a member of the public of an alleged hate crime.

“It follows a post on social media of Progress Pride flags in the shape of a Swastika.

“I am concerned about both the proportionality and necessity of the police’s response to this incident.

“When incidents on social media receive not one but two visits from police officers, but burglaries and non-domestic break-ins don’t always get a police response, something is wrong.

“As police commissioner, I am committed to ensuring Hampshire Constabulary serves the public as the majority of people would expect. It appears on this occasion this has not happened.

“This incident has highlighted a really topical issue which Hampshire Constabulary and other police forces need to learn from. In order to support this I will be writing to the College of Policing to make them aware of this incident and encourage greater clarification on the guidance in order to ensure that police forces can respond more appropriately in the future.”

Hampshire Constabulary said in a statement: “Officers were making inquiries following a report that an offensive image had been shared online.

“They were investigating an alleged offence under Section 127 of the Communications Act (2003). As such, they attended an address in Aldershot in order to establish the exact circumstances around the social media post.

“Following discussions, officers agreed to return to the address on July 28.

“When officers arrived they were prevented from entering the address to discuss a potential resolution to the matter.

“As a result, officers felt it was necessary to arrest a man at the scene so they could interview him in relation to the alleged offence.

“A 51-year-old man from Aldershot was arrested on suspicion of sending by public communication network an offensive, indecent, obscene, menacing message or matter. He was released under investigation and now has been NFAd (no further action).

“It is important to say that our officers come to work every day to protect the public.

“They were acting in good faith after being deployed to investigate the report of an offensive image being shared online.

“Policing reports in relation to online content is a complex and challenging picture.

“We are engaging further with our police and crime commissioner to make sure that we deploy our resource in a way that reflects need in our local communities.

“A 57-year-old man from Market Rasen, Lincs, was arrested on suspicion of obstructing/resisting a constable in execution of duty. He was released under investigation, and our inquiries are ongoing. Due to this being a live investigation we cannot comment further.”