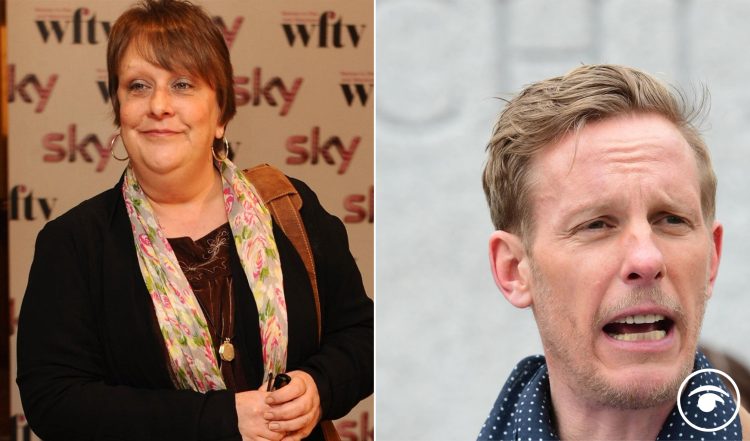 IKathy Burke has outdone herself again. This time she was reacting to Laurence Fox up to his usual antics.

Before we go on, it is always worth revisiting her comment to Helena Bonham Carter moaning about being posh and good-looking.

He managed to get himself suspended from Twitter yesterday after posting a pride image which he managed to alter into a nazi symbol, what a guy…

Here it is if you need to see it.

Darren Grimes appeared to like it if you see his laughing emoji in the comments.

One group that definitely didn’t see how this could be funny was the Holocasut Memorial Day Trust. They tweeted: “We are appalled to see Laurence Fox’s vile tweet this morning with abhorrent use of the swastika. Gay men experienced untold suffering under the Nazis, including murder, castration and medical experimentation.”

So in steps Kathy Burke, who didn’t show the restraint that the Trust above did.

She tweeted: “The existence of Lawrence Fox is another reason to be pro abortion.”

He wasn’t happy about it and went on a rant about Burke later on.

A lot of people were talking about this spat on social media:

Related: Laurence Fox took on the Lineker boys and was kicked off the park