"It is very clear to me that the future of Ukraine is within the European Union.” 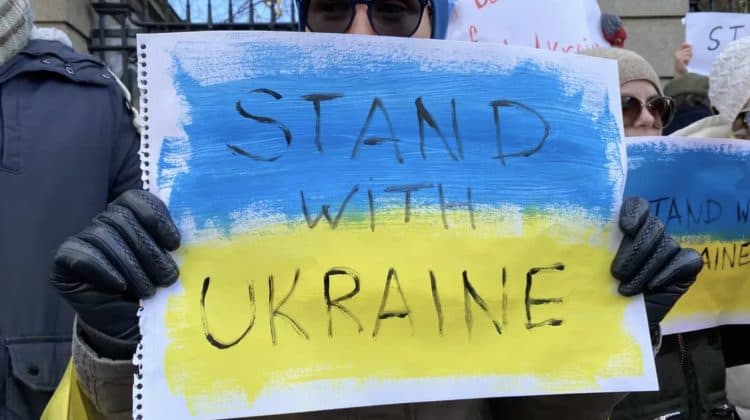 Irish premier Micheal Martin has there will be challenges to offer support to Ukraine, as the war-torn country continues its bid for a speedy accession to the EU.

Ukraine is currently in the early stages of applying for EU membership.

The Taoiseach said that for a long time he had backed a “faster, more accelerated” process towards EU membership more generally.

Speaking at the ALDE (Alliance of Liberals and Democrats for Europe) party congress in Dublin, he said: “What is vital is that we have acceptance of Ukraine’s application to become a candidate country.”

Mr Martin would not speculate on what the timeline should be, but said that he would be pushing for “the shortest possible timeframe” for Ukraine’s accession to the EU.

Olha Stefanishyna, deputy prime minister for European and Euro-Atlantic integration of Ukraine, who met with the Taoiseach at the ALDE congress, said that Ukraine needed to be granted candidate status by the EU, and that it needed promises to materialise.

“All the history, of Ukraine’s independence has been done with promises. From Budapest when Ukraine withdrew from the nuclear weapons, to Bucharest when Ukraine was promised membership to Nato, which has never materialised.

“Since that time we’ve had three wars on European soil, two of which are now taking place on our territory.

“So we’ve submitted the application, to be integrated to European Union, we need promises to be materialised into concrete decisions as a candidate status.”

“This is the ultimate decision at this stage.

“Further discussions on an enlargement policy on the way towards membership, this takes time, we are ready to take as long as it needs.”

Ms Stefanishyna also praised Ireland for its support for Ukraine.

“I want to praise your personal commitment and the commitment of the whole government to host warmly the Ukrainian people the people who are running out of their houses and homes to survive the war, and particularly grateful to the Irish people, the hospitality and the warmth with which you mobilised your support.”

She asked that Russian officers be held accountable for their actions within Ukraine.

Addressing the ALDE congress on Friday afternoon, Mr Martin said: “We did too little to stand with the people of Ukraine after 2014. We did too little to reject Putin’s new imperialism and his demand to control other countries in a sphere of influence.

“The determination of the last few months must be maintained,” he said.

Ms Stefanishyna’s speech to the ALDE congress received a standing ovation from delegates.