A woman posing with the Eiffel Tower between her hands puts into context what would happen if France’ capital was bombed. 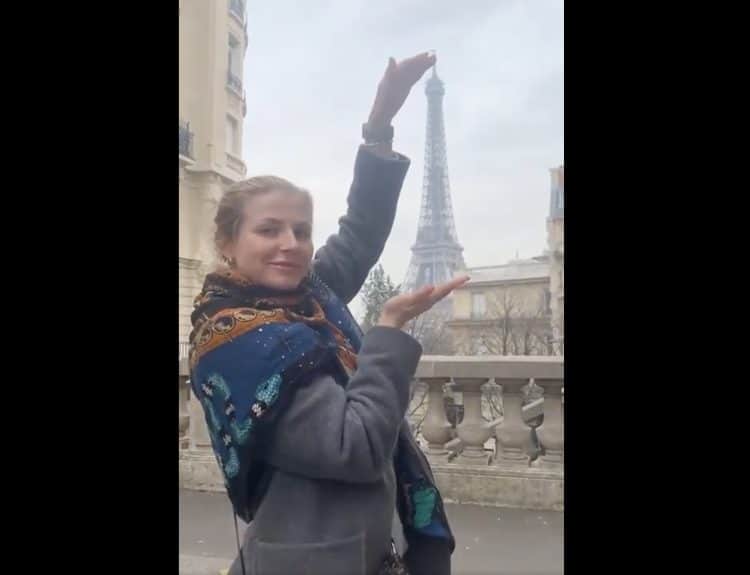 A mock-up video shared by Ukraine’s oldest English-language newspaper has sparked thousands of reactions after showing Paris under attack to bring the terror of the Russia-Ukraine war closer to home for westerners.

The video, shared by the Kyiv Post, shows the Eiffel Tower coming under fire as people can be heard screaming.

A woman posing with the Eiffel Tower between her hands puts into context what would happen if France’ capital was bombed, as shelling starts whilst she is having a photograph taken.

The woman subsequently runs as a huge explosion takes place, with the clip being followed by fake scenes of aircrafts flying over Paris and air sirens supposedly sounding across the city.

The video, which has gathered more than two million views, is captioned: “Just think if this were to happen in another European capital.”

Quotes from Ukrainian president Volodymyr Zelenskyy were also added to the video: “We will fight till the end. Giving us a chance to live. If we fall, you fall.”

Reactions to the video poured in, with one Twitter user saying: “Thanks. Now I’m suspicious about any footage I see from the war lol.”

It comes as Donald Trump has warned Russia’s invasion of Ukraine could lead to a third world war and said Vladimir Putin is showing a “lack of respect”, before adding the Russian president is “driven”.

The former US president also boasted about having sent weapons to Ukraine to help them fight Russia.

“Remember Obama-Biden? They sent blankets. I sent Javelins,” he said.

He added: “You know what the Javelins are? The anti-tank weapons. They knock the hell out of those tanks. And Ukraine wouldn’t be having a chance without them. That was all sent by me. All of it.”

“In light of the increasingly threatening behaviour from Russia, and in line with our previous support, the UK will shortly be providing a further package of military support to Ukraine. This will include lethal aid in the form of defensive weapons and non-lethal aid,” Johnson said at the time.

In January, the UK had already sent short-range anti-tank missiles, saying they are for “defence”, according to UK Defence Journal.