It comes as the US secretary of state Antony Blinken reinforced the message Moscow’s campaign was faltering and said Ukraine “can absolutely win against Russia". 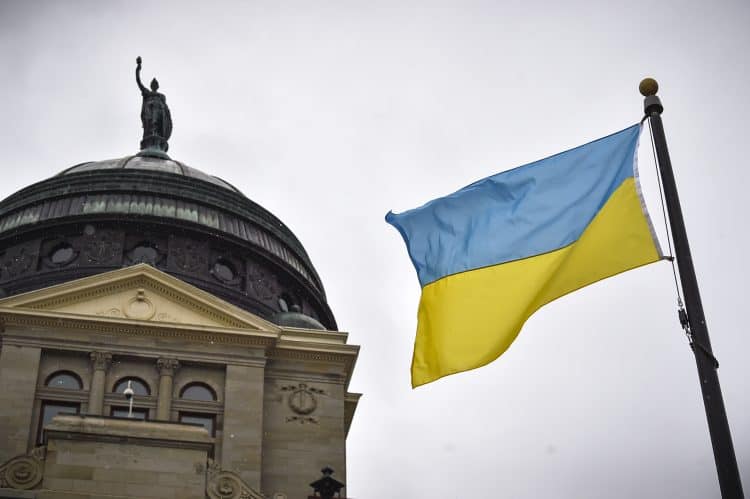 The Kremlin was particularly worried that portable anti-aerial Stinger missiles could end up in the hands of terrorists, posing a threat to airlines, according to Reuters.

It comes after the US secretary of state Antony Blinken reinforced the message Moscow’s campaign was faltering and said Ukraine “can absolutely win against Russia.”

He observed: “The war has already not gone as Russian president Vladimir Putin might have planned.”

“In light of the increasingly threatening behaviour from Russia, and in line with our previous support, the UK will shortly be providing a further package of military support to Ukraine. This will include lethal aid in the form of defensive weapons and non-lethal aid,” Johnson said at the time.

In January, the UK had already sent short-range anti-tank missiles, saying they are for “defence”, according to UK Defence Journal.

Defence Secretary Ben Wallace said at the time: “We have taken the decision to supply Ukraine with light, anti-armour defensive weapons systems. A small number of UK personnel will provide early-stage training for a short period of time within the framework of Operation Orbital before returning to the United Kingdom”.

According to the BBC, dozens of British troops have been in Ukraine since 2015 to train their armed forces, and the UK has also expressed desire to help rebuild Ukraine’s navy after Russia’s Crimea invastion in 2014.

Meanwhile, Britain’s Chief of the Defence Staff has advised UK citizens to not listen to foreign secretary Liz Truss, who appeared to encourage Brits to go fight in Ukraine against Russia.

‘Unlawful’ and ‘unhelpful’ for Brits to go fight in Ukraine

Admiral Sir Tony Radakin said it is “unlawful” and “unhelpful” of either UK troops or ordinary British people to get involved in the conflict.

He told the BBC: “We’ve been very clear that it’s unlawful as well as unhelpful for UK military and for the UK population to start going towards Ukraine in that sense.

“Support from the UK, support in whatever way you can. But this isn’t really something that you want to rush to in terms of the sound of gunfire. This is about sensible support based in the UK.”

According to Russian news agency Interfax, the Russian foreign ministry has said Russia and the United States should go back to Cold War relations by refocusing on the principle of “peaceful co-existence”.

Russia calls for US relations akin to Cold War

The Russian foreign ministry added Kremlin is open to “honest and mutually respectful dialogue with the US”.

Alexander Darchiyev, director of the North America Department at the Russian Foreign Ministry, told the news agency: “We are open for an honest and mutually respectful dialogue to the same extent as the US will be ready for it.

“Perhaps, it would do well to remember the well-forgotten principle that worked during the Cold War, peaceful coexistence, despite the values and ideals separating us which must not be forced on each other.”