Paisley said: “I was put on the spot and called to the stage and tried to bring matters to a close by referencing some of Van’s music. What was parody, comedy, banter and sarcasm should not be blown out of all proportion.” 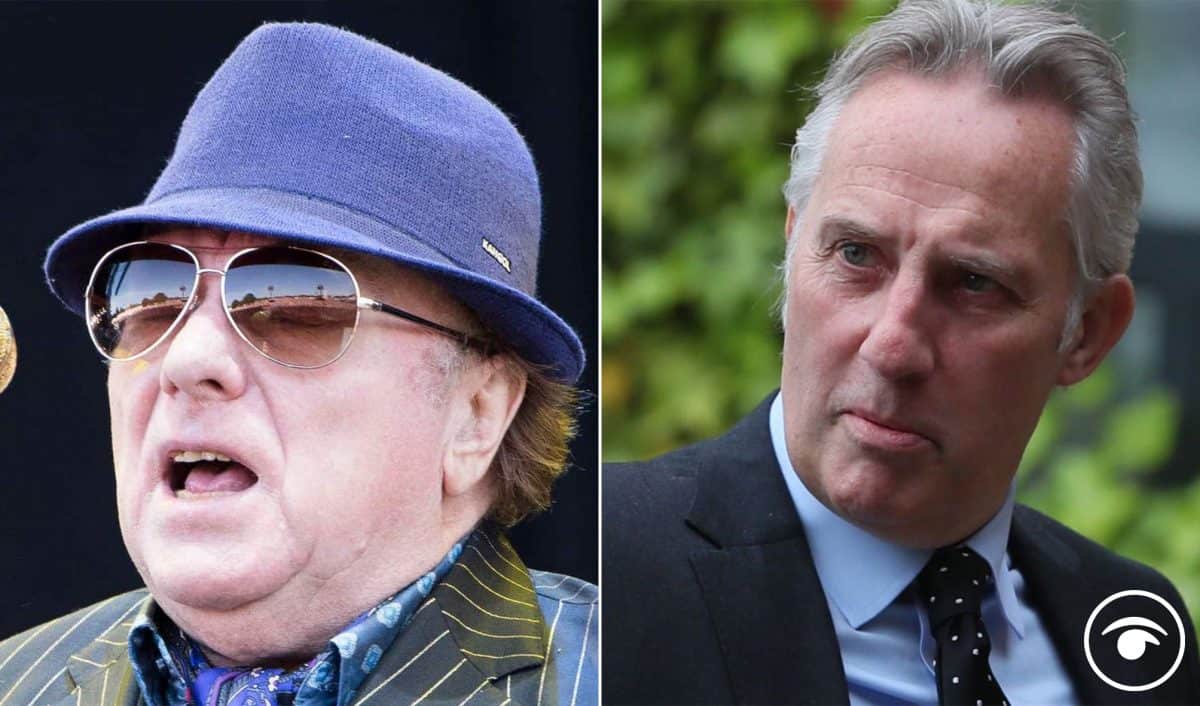 Edwin Poots said Mr Paisley’s actions at the Europa Hotel were wrong and should never have happened.

The row erupted after four gigs by the musician at the Belfast hotel were cancelled at the last minute last Thursday because live music is still not permitted under coronavirus regulations.

Following the cancellation, Sir Van, an outspoken critic of Covid-19 restrictions, took to the stage and addressed the audience of 140, chanting “Robin Swann is very dangerous!”

Video footage then showed him inviting DUP MP Mr Paisley on to the stage, where they continued the chant.

Mr Poots told the BBC that he had seen the video and that Mr Paisley had got himself into an “awkward situation”.

“I welcome that and I trust that we can now move forward.”

The actions of Mr Paisley have been heavily criticised by politicians from other parties who had urged Mr Poots to take action against the MP.

On Sunday, Sinn Fein’s Colm Gildernew, chairman of the Stormont Health Committee, said: “I thought it was a disgrace. It was delivered quite aggressively and with an air of menace.”

Ulster Unionist MLA Mike Nesbitt said: “Ian Paisley will know that Robin Swann has faced death threats during the course of this pandemic. I think the party leader and the incoming First Minister (Paul Givan) need to take action against Ian Paisley, because what he did was a disgrace.”

Following the incident, Mr Paisley released a statement in which he said he does not believe Mr Swann is dangerous.

He added: “I was put on the spot and called to the stage and tried to bring matters to a close by referencing some of Van’s music. What was parody, comedy, banter and sarcasm should not be blown out of all proportion.”

Related: EU says it is not punishing UK through NI after DUP accusations