Buxted FC in East Sussex said the incident, which was caught on CCTV in the early hours of Sunday morning, was “disgusting”. 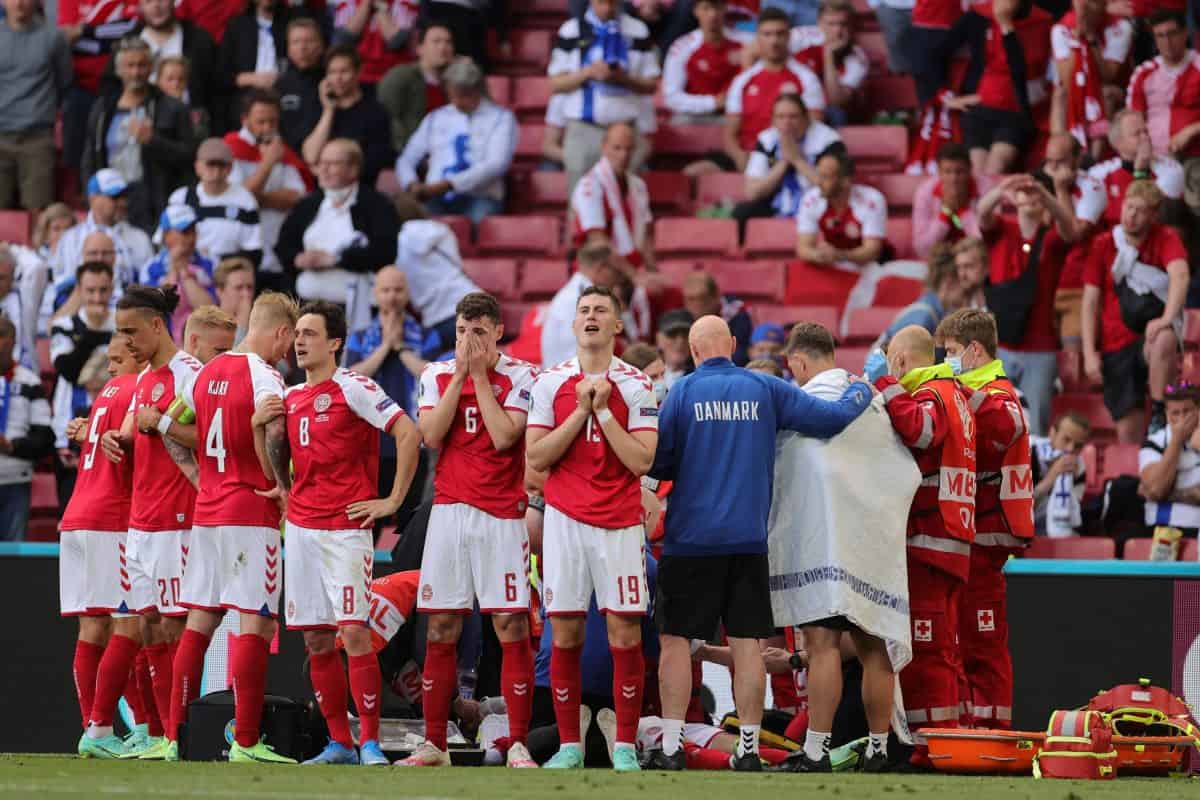 Buxted FC in East Sussex said the incident, which was caught on CCTV in the early hours of Sunday morning, was “disgusting”.

Richard Turner, the club chairman, condemned those responsible. “Everyone at the club is a volunteer, we work hard for what we’ve got, but now we’ll have to raise funds to replace it,” he said.

The timing of the incident is especially shocking, coming just hours after Danish footballer Christian Eriksen collapsed during his side’s opening Euro 2020 match against Finland in Copenhagen.

The Inter Milan attacker was given prolonged treatment on the pitch before being taken to hospital, where he is now said to be recovering.

Last night at 12:50am, our defib was vandalised. It was caught on CCTV so if anyone has any information about who these two people are then please report it Sussex Police. The CAD Number is 551-13.06.2021. pic.twitter.com/GtWODkoedK

Turner said that, before the incident, Buxted FC had been celebrating winning the Mid-Sussex division one league trophy.

He said: “Those things save people’s lives and someone has come and trashed it.

“The whole world saw what happened to Christian Eriksen on Saturday so why would anyone think that’s ok?”

The footage sparked outrage on social media, with actor Martin Kemp sharing the footage and describing what happened as “the pits”.

“I rarely get upset, angry or surprised by people’s behaviour but this is the pits,” he said.

“I hope they will be disgusted with themselves when they get caught. Those things save people’s lives.”

Sussex Police urged anyone with information to come forward.