And 7 in 10 children in child poverty are in a family where at least one parent works. 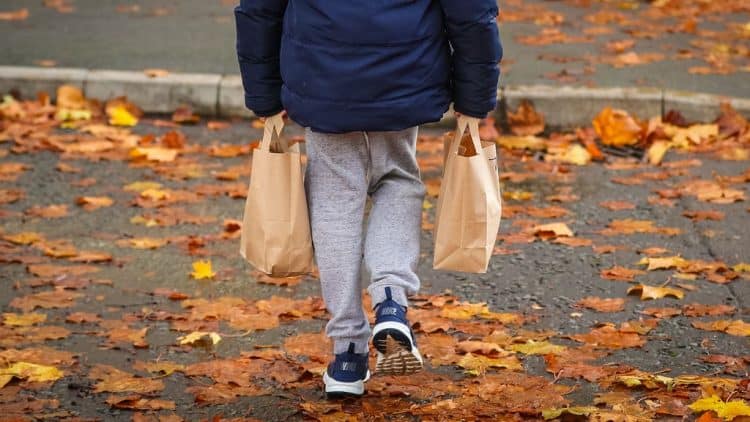 The Conservatives have come up with a plan to deal with the cost-of-living crisis, or three, in fact, in the past week which they hope will see hard-up families right.

Lee Anderston kindly offered up the first solution after visiting a food bank in his constituency.

He claimed those on the poverty line on his patch are shown how to cook meals for “about 30 pence a day”.

When asked in parliament if it should be necessary to have food banks in 21st century Britain, he said there is not “this massive use for food banks” in the UK, but “generation after generation who cannot cook properly” and “cannot budget”.

Not to be outdone, Rachel Maclean was hot on his heels with advice of her own, saying people struggling during the cost-of-living crisis should consider taking on more hours at work or moving to a better-paid job.

Failing that, her colleague Jackie Doyle-Price said, you might think about ‘incentivising granny annexes’ to save money, which will be an astonishing feat for those living in a ninth-floor flat in Croydon.

One of the things they all seem to have overlooked is that most struggling Brits are already doing their all to survive, with a myriad of factors outside their control contributing to their worsening situation.

As Taj Ali has pointed out, 56 per cent of people in poverty in the UK are in a working family and 7 in 10 children in child poverty are in a family where at least one parent works.

That’s a significant change from 20 years ago when the figure stood at 39 per cent.

And the situation is only going to get worse in the short term.

Bank of England governor Andrew Bailey says there is still a “major worry” over further rises in food prices due to the conflict in Ukraine.

“Sorry for being apocalyptic but that is a major concern.”

The Office for National statistics recorded inflation at 7 per cent in March and on Wednesday it is expected to unveil a figure of 8 per cent for April.

The Bank of England has said inflation is likely to peak at 10.25 per cent during the final quarter of 2022.