"Successful entrepreneurship is ultimately a matter of flair", the Iron Lady once said. 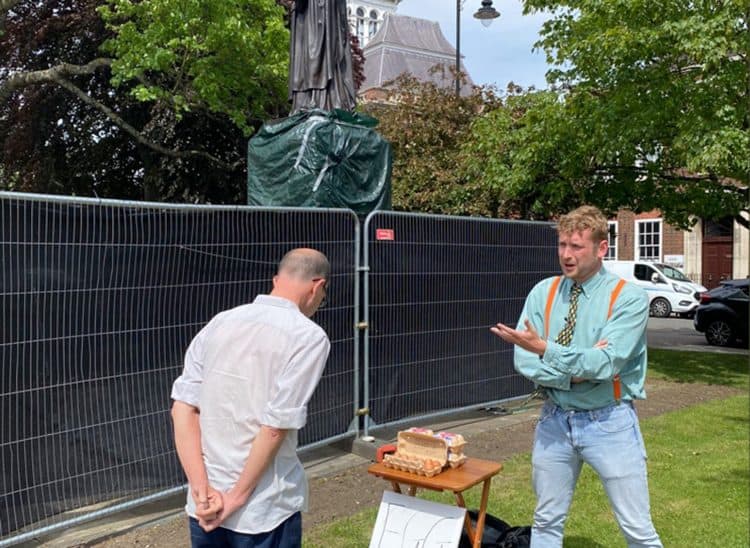 Oli Dugmore of Politics JOE assembled the stand after a shrine to the former prime minister went up at a cost of £300,000.

The statue, stood atop of a 10-foot plinth, was originally intended for Westminster Square, but was shipped to the Iron Lady’s birthplace after concerns for its welfare were raised.

It took just hours for the first person to show up following the big reveal, half a dozen eggs under his arm, to give her the frosty welcome we’d all been expecting.

And hoping to make a quick buck out of the unveiling, others have followed suit, with one reporter even channelling Thatcher’s entrepreneurial spirit by selling eggs at £10 a pop.

The idea, which would have been welcomed on the Enterprise Allowance Scheme, was quick to be spotted by people on social media.

Here’s a pick of the reaction so far: