Lee Anderson suggested that people use food banks because they "cannot cook properly" or "budget" - prompting a furious response from Monroe. 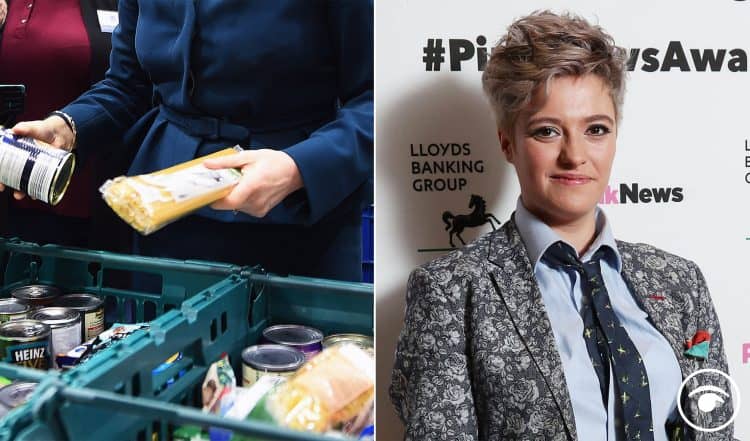 A Conservative MP has suggested people in the UK use food banks because they “cannot cook properly” and “cannot budget”. The comments left Jack Monrow to destroy his comments on Twitter.

Ashfield MP, Lee Anderson, invited “everybody” on the opposition benches in the House of Commons to visit a food bank in Ashfield, Notts, where, when people come for a food parcel, they now need to register for a “budgeting course” and a “cooking course”.

When asked by a Labour MP if it should be necessary to have food banks in 21st century Britain, Mr Anderson said there is not “this massive use for food banks” in the UK, but “generation after generation who cannot cook properly” and “cannot budget”.

His comments came during the second day of the Queen’s Speech debate in the Commons.

SNP MP Joanna Cherry (Edinburgh South West), the subsequent speaker in the debate, told Mr Anderson people do not use food banks because they do not know how to cook, but because “we have poverty in this country at a scale that should shame his Government”.

Mr Anderson told MPs: “My invitation is to everybody on that side of the House, come to Ashfield and work with me for a day in my food bank and see the brilliant scheme we have got in place where when people come now, for a food parcel, they have to register for a budgeting course and a cooking course.

“And what we do in the food bank, we show them how to cook cheap and nutritious meals on a budget. We can make a meal for about 30 pence a day. And this is cooking from scratch.”

Intervening, Labour MP, Alex Cunningham (Stockton North), asked: “Should it be necessary to have food banks in 21st century Britain?”

Mr Anderson replied: “He makes a great point and this is exactly my point. So, I invite you personally to come to Ashfield, look at our food bank, how it works and I think you will see first hand that there’s not this massive use for food banks in this country but generation after generation who cannot cook properly, they can’t cook a meal from scratch. They cannot budget. The challenge is there. Come, come. I’ll offer anybody.”

At the beginning of her speech, Ms Cherry said: “What I will say to the previous speaker is that all of us have food banks in our constituency.

“We don’t really need to visit his because we are perfectly well aware of the requirements for them. But the requirement for them is not because people don’t know how to cook, it is because we have poverty in this country at a scale that should shame his Government.”

In response, Jack Monroe wrote: “You can’t cook meals from scratch with nothing. You can’t buy cheap food with nothing. The issue is not ‘skills’, it’s 12 years of Conservative cuts to social support. The square root of fuck all is ALWAYS going to be fuck all, no matter how creatively you’re told to dice it.”

She added: “You can’t ‘budget better’ when rents are fixed, private rents are extortionate, poverty wages are rife, benefits aren’t rising in line with inflation, energy bills are through the roof, UC payments are deliberately delayed forcing people to take on debts to the DWP, etc etc etc.”

And ended with: “For a party so keen to push personal fiscal responsibility back onto the most vulnerable individuals, the Conservatives are remarkably reticent to take any degree of responsibility for deliberately pushing those people into such difficult desperate situations in the first place.”