The Attorney General ordered the inspection to investigate why successful prosecutions had dropped by 52 per cent even though the number of rape allegations reported to police rose by 43 per cent. 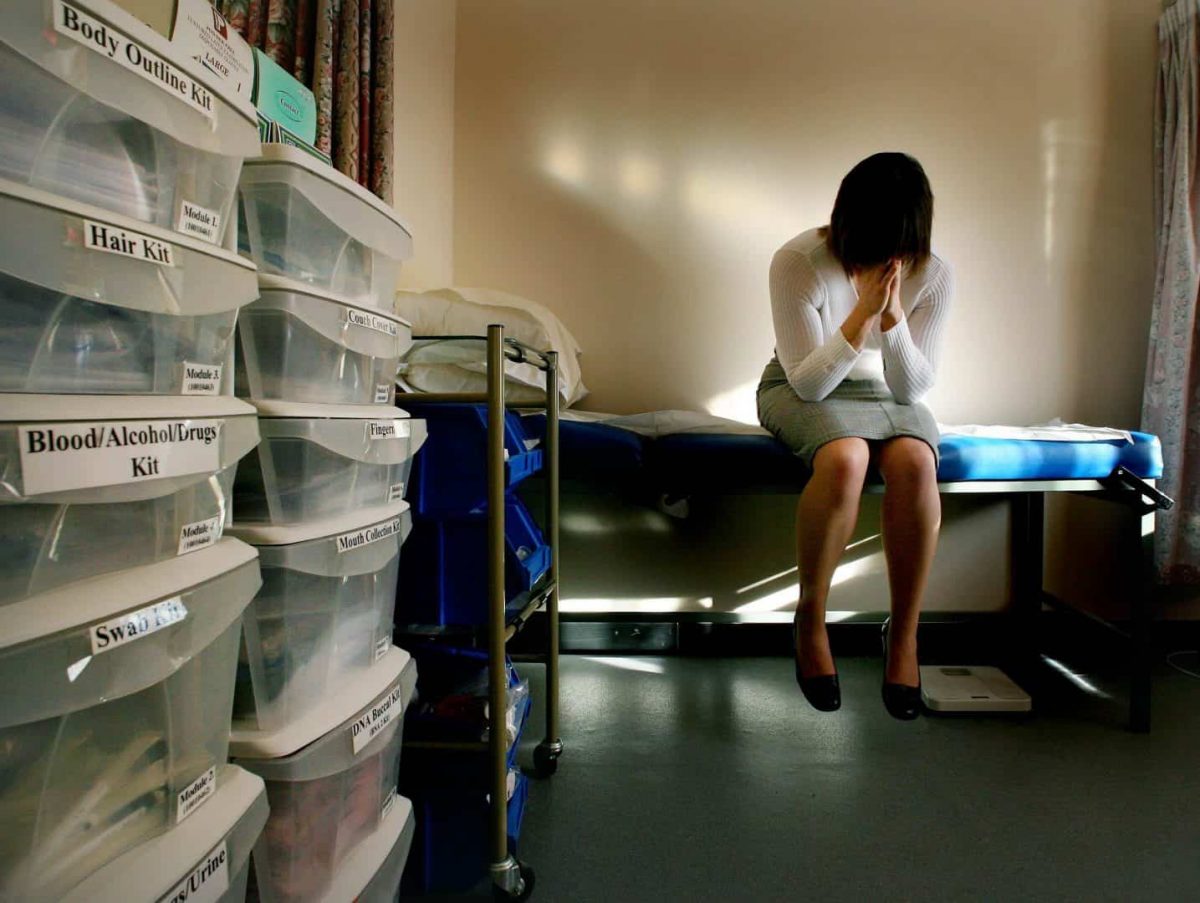 Campaigners have hit out at inspectors who found no fault with the way prosecutors were making decisions on bringing rape cases to court despite the number of charges plummeting.

The Attorney General ordered the inspection to investigate why successful prosecutions had dropped by 52 per cent even though the number of rape allegations reported to police rose by 43 per cent and to determine whether the CPS was to blame.

Rape prosecutions in England and Wales have fallen to their lowest level since 2008, despite record numbers of allegations reported to police, with around 3.3 per cent of all reported rapes ending in a conviction.

In the year to March, there were 58,657 allegations of rape and 1,925 successful prosecutions for the offence, HMCPSI said.

Last month, the CPS was forced to defend its position after reports emerged of allegations it had introduced a secret target for rape convictions after critics feared this could have deterred prosecutors from charging complicated cases.

The body insisted it has never made decisions on whether to charge rape suspects based on performance targets.

After considering around 900 rape cases – including those which resulted in a charge or no further action and those sent back to police for further investigation – HMCPSI found the drop in charges was of “serious concern” but said the reasons for the reduction in rape prosecutions were “not straightforward”.

The End Violence Against Women Coalition, Rape Crisis England and Wales and the Centre for Women’s Justice said they were “alarmed” by the findings and accused the inspection of not being fully independent.

Katie Russell, of Rape Crisis England and Wales, said it was “self-evident that CPS practice needs urgent reform”, adding: “The CPS must demonstrate some accountability if progress is to be made towards achieving justice for victims and survivors.

“Their apparent lack of interest in taking the opportunity to meaningfully address this problem is astonishing.”

The report found that, since CPS rape and serious sexual offences units (RASSO) were last inspected in 2016, there had been a 23% drop in the number of cases referred to the CPS for a decision by police – meaning just 8% are now referred – and nearly a third were sent back to officers for further investigation.

Chief Inspector Kevin McGinty said: “The CPS has been accused of only choosing easy cases to prosecute, but we found no evidence of that in our report.

“While the CPS needs to improve the way it works with the police, the CPS is only a small part of a larger systemic problem in the criminal justice process in dealing with complex cases.”

The findings noted both police and the CPS had seen “significant reductions in their resources” while cases had become “more complex” because more evidence is on digital devices such as mobile phones and social media which can take longer to process.

The report said: “To improve how the police handle this evidence, it is clear there needs to be better communication between the police and the CPS.”

Sarah Green, director of the End Violence Against Women Coalition, said the report was “profoundly disappointing in many ways” and “betrays a huge lack of curiosity as to what, then, the problem must be”.

“Rape is a difficult crime to evidence and prosecute – no-one has said otherwise – but it is also an enormous volume crime and it does enormous harm. It cannot remain a mystery or in the ‘too difficult box’.”

Harriet Wistrich, director for the Centre for Women’s Justice, echoed concerns over the lack of independence of the review, branding it an “insufficient inquiry” and “altogether a wasted opportunity to shine a light on this crisis”.

Deputy Chief Constable Sarah Crew, who leads the National Police Chiefs’ Council’s work on rape, said work was already being carried out to address problems raised in the report.

She added: “Policing has been under huge strain in recent years, with rising crime and more complex investigations mismatched against our resources.

“The shortage of detectives, the large increase in digital evidence and tackling disclosure challenges have all impacted on the number of cases referred to the CPS and the time taken to investigate and prepare these. The recruitment of 20,000 officers over the next three years will help us to ease the pressure on investigators and improve outcomes for victims.”

The CPS said it accepts all the recommendations and it was working with the police to “build the strongest possible cases from the outset, and bringing them before the court as quickly as possible”.

Director of Public Prosecutions Max Hill QC said: “The CPS is committed to doing everything in our power, along with our partners, to improve our response.”

He said he was “reassured” the report “found no evidence that the CPS has become risk averse when deciding whether to charge these cases”, adding: “I share the deep public concern over the growing gap between the number of rapes being reported and the number of criminals being convicted of this sickening offence.”