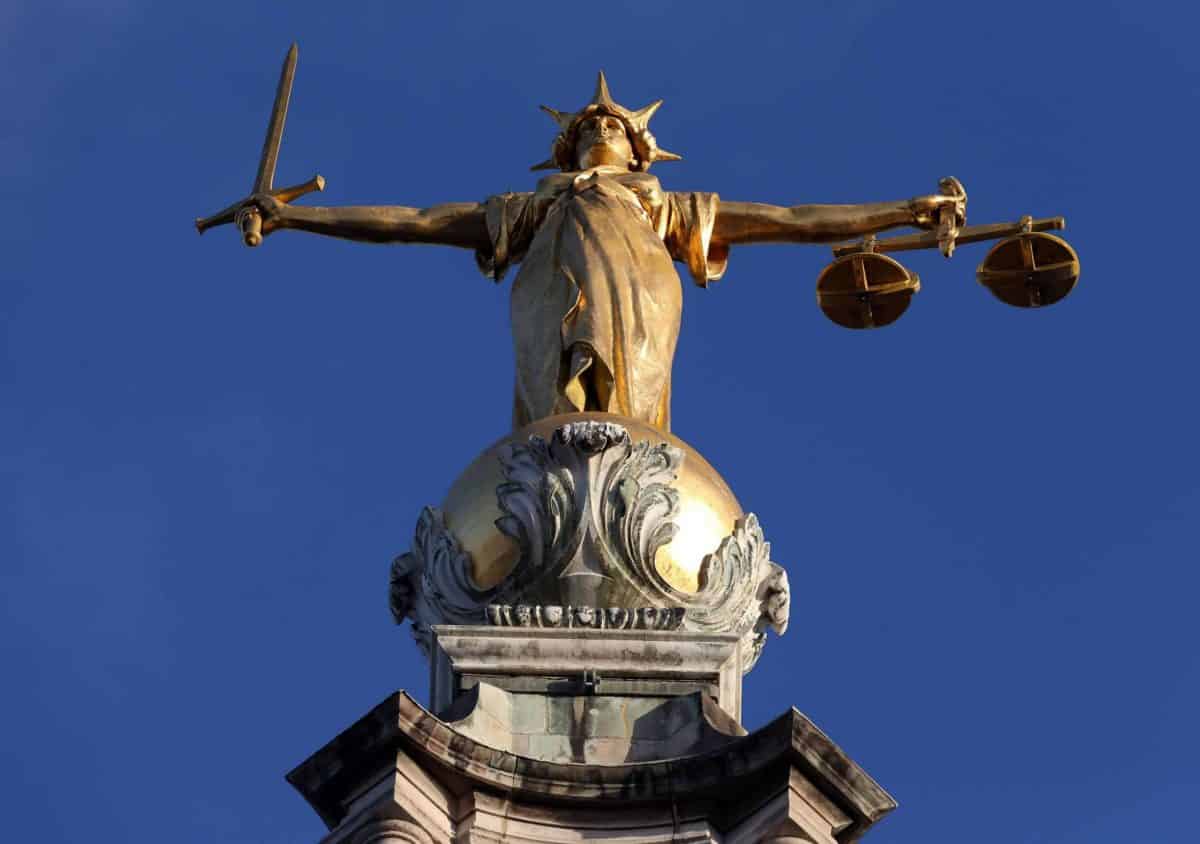 Campaigners have argued rape is becoming “effectively decriminalised” as “appalling” new figures show prosecutions for the crime in England and Wales have slumped, despite record volumes of cases reported to police.

The annual Violence Against Women and Girls (VAWG) report from the Crown Prosecution Service (CPS) shows there were just 1,925 convictions for rape or an alternative lesser offence during the financial year 2018-19, down from 2,635 in the previous 12 months – a drop of 26.9%.

This is despite the number of rape claims dealt with annually by police in England and Wales rising from 35,847 to 57,882 during the last four years.

It means around 3.3% of all reported rapes end in a conviction.

The Rape Crisis (England and Wales) organisation said a “complete overhaul” of the criminal justice system was “more essential and urgent than ever”.

A spokeswoman said: “For the second year in a row, official CPS data reveals a continuing and deeply troubling decline in criminal justice outcomes for victims and survivors of child sexual abuse, rape and all forms of sexual violence.

“Because the Independent Sexual Violence Advocates (ISVAs) across our specialist Rape Crisis network have continued to witness this decline first-hand, today’s figures do not come as a surprise to us.

“The figures do however reinforce our conviction that a complete overhaul of the criminal justice system in relation to sexual violence and abuse, which we have called for – for many years- is more essential and urgent than ever.”

The report comes as a coalition of women’s organisations, represented by the Centre for Women’s Justice (CWJ), gets ready to launch a judicial review case against the CPS over claims cases are being “dropped” without good reason.

But the CPS said the drop in rape charges was due to “a number of factors”, including a reduction in the number of referrals from the police to the CPS, and an increase in the volume of time-consuming digital data.

Lawyer Harriet Wistrich, the CWJ founder, labelled the statistics “appalling” on Twitter and argued the “fault lies first and foremost with the CPS”.

She suggested on Radio 4’s Today programme there had been changes to the “merits-based approach” of prosecuting rape towards a “bookmaker’s choice”, where you “kind of second guess what a jury are going to decide”.

But Director of Public Prosecutions Max Hill QC denied there had been any changes, telling Today: “We prosecute on the basis of the code for prosecutors that specifically says that we operate on the basis that juries are objective and impartial and reasonable. That is what a prosecutor bears in mind.

“I absolutely share the concern… at the growing gap between rape reporting levels and the number of cases that are coming to court.”

It represents the first time in five years that the percentage of legal decisions made by the CPS in rape cases has dropped below 60%, according to the data, meaning the percentage of decisions not to prosecute also increased to its highest rate in that time.

Despite an increase in the volume of alleged rapes reported to police, the CPS has seen a reduction in the number it decides to charge every year since 2015-16.

Andrea Simon, head of public affairs at the End Violence Against Women Coalition, which is among those looking to take legal action against the CPS, said: “These numbers represent real women subjected to rape, a crime which does enormous harm, who are then further victimised by a system that does not take them seriously.

“These shocking and unjustifiable failings speak to a clear and concerted shift in how the CPS has decided to prosecute rape.

“Leadership across the CPS needs to answer for these figures which we say can only represent what is becoming the effective decriminalisation of rape.”

Former Plaid Cymru leader Leanne Wood tweeted: “These figures look like rape is decriminalised. Not on.”

He said: “Rape is an awful, sickening offence and I completely understand why the fall in charging rates is so concerning.

“Partners across the criminal justice system are coming together to look at how these cases are handled and the CPS is playing its part by opening up our charging decisions to further scrutiny.

“I have every confidence in the work of our dedicated prosecutors but it is important that the public has confidence too.”

The Rape Crisis spokeswoman added: “Given the criminal justice system is currently failing such a significant number of people who have already been subjected to serious, traumatic crimes, we insist the Government maintains its commitment to the end-to-end review it’s begun, despite any other priorities it might have.

Elsewhere in the report, figures show the number of suspects charged by the CPS with offences grouped under the VAWG strand – such as domestic abuse, stalking, rape, female genital mutilation and child abuse – dropped 13.2% from 187,545 to 162,717.