The Duchess of Sussex says "I can't breathe" in a scene pointedly evocative of the death of George Floyd. 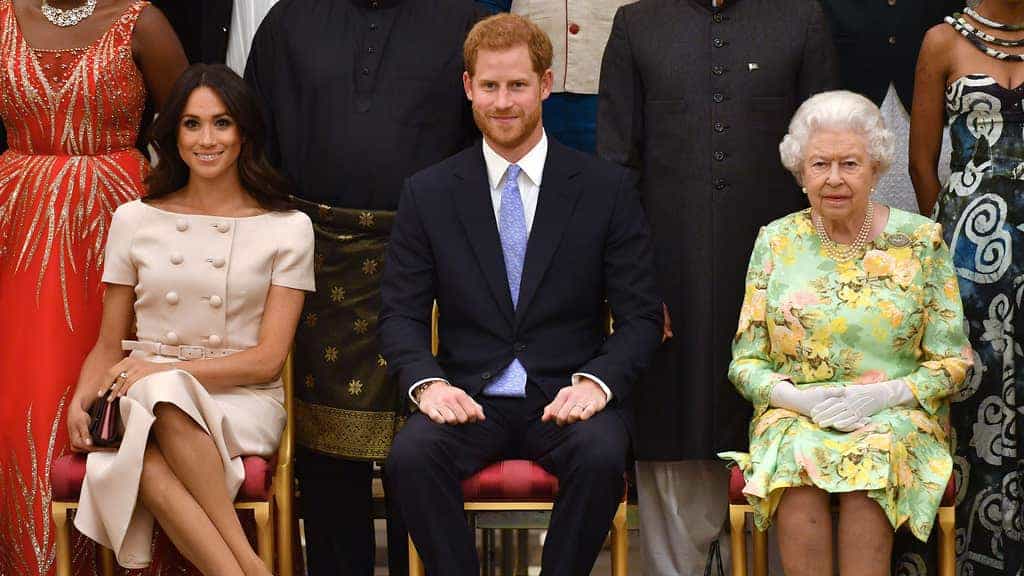 French satirical magazine Charlie Hebdo has sparked outrage after running a front-page cartoon of the Queen kneeling on the neck of Meghan Markle.

Running alongside the headline “Why Meghan Quit Buckingham” the Duchess of Sussex responds “Because I couldn’t breathe anymore!”

The scene is pointedly evocative of the death of George Floyd, a Black man who was killed last summer by a Minneapolis police officer who kneeled on his neck. “

“I can’t breathe” is what Floyd said repeatedly as police refused to let him up.

The provocative cartoon comes on the back of Meghan and Prince Harry’s interview with Oprah Winfrey last week, which revealed that there were conversations in the royal family before their son was born about “how dark” his skin might be.

The Duchess of Sussex also shockingly revealed she had suicidal thoughts as she struggled with life inside the royal family, saying: “I just didn’t want to be alive anymore.”

In a statement on behalf of the queen following the interview, Buckingham Palace said that allegations of racism made by the Duke and Duchess of Sussex were “concerning” and being “taken very seriously.” Prince William told a reporter on Thursday that “we’re very much not a racist family.”

Response to the Charlie Hebdo issue was extremely varied.

While some defended the magazine’s right to print the cartoon as a matter of free speech, others hit out at it for attacking the queen in such a brazen manner.

#CharlieHebdo, this is wrong on every level. The Queen as #GeorgeFloyd's murderer crushing Meghan's neck? #Meghan saying she's unable to breathe? This doesnt push boundaries, make anyone laugh or challenge #racism. It demeans the issues & causes offence, across the board. pic.twitter.com/ptNXs8RtuS

Granted, it's the result of freedom of expression from 'Charlie Hebdo' who we all represented in unison not so long ago. Also, it emulates how much contempt the French have for our improper protectionist state & national hypocrisies.

It shows the further devaluation of Black life. Black Death and trauma played for laughs. It is not thought provoking. Rather it furthers racist and thought.