The Sussexes’ controversial television conversation has aired in the US. 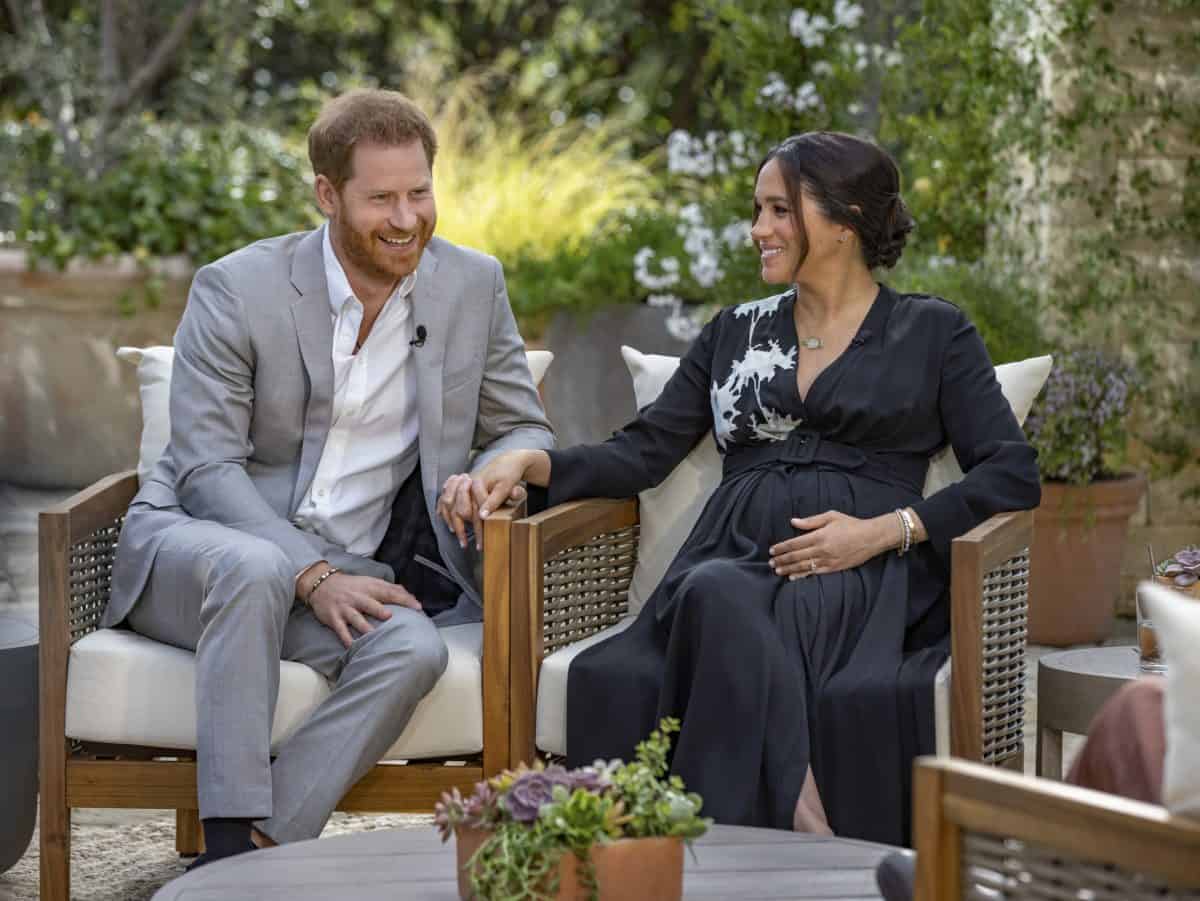 The Duke and Duchess of Sussex’s televised interview with Oprah Winfrey unleashed a dramatic set of bombshell revelations.

From Meghan’s suicidal thoughts to accusations the royal family was racist and the full extent of Harry’s fractured relationship with his father the Prince of Wales, here are the major developments

The Duchess of Sussex shockingly revealed she had suicidal thoughts as she struggled with life inside the royal family, saying: “I just didn’t want to be alive anymore.”

She said she begged for help, and asked to go somewhere to get help, and approached one of the most senior people in the institution, but was told it would not look good.

She told how Harry cradled her when she was in the depths of despair and how she sought help from one of Diana, Princess of Wales’s best friends – which may have been Julia Samuel, who is a psychotherapist.

Harry refused to give details, adding: “That conversation, I am never going to share. At the time it was awkward, I was a bit shocked.”

The duke said that none of his relatives spoke out in support of Meghan following the racism he said she faced in the media.

“No-one from my family ever said anything over those three years. That hurts,” Harry said.

Harry felt let down by the Prince of Wales

Harry said he felt let down by Charles and that “there’s a lot of hurt that’s happened”.

Speaking about his father, the duke said: “I feel really let down because he’s been through something similar, he knows what pain feels like, (and) Archie’s his grandson.

“But at the same time – I will always love him – but there’s a lot of hurt that’s happened and I will continue to make it one of my priorities to try and heal that relationship.

“But they only know what they know, or what they’re told.”

Harry said his father stopped taking his calls while Harry and Meghan were in Canada “because I took matters into my own hands. I needed to do this for my family”.

Baby Sussex is a girl

Harry and Meghan revealed they are expecting a baby girl.

The duke joined his wife in the second half of the interview, and told the chat show host: “It’s a girl” and said it was “amazing” to be having a daughter.

Asked if they were “done” with two children, Harry said “done” and Meghan said: “Two is it.”

She also confirmed the baby is due in the “summertime”.

Rift with the Duke of Cambridge

The rift between Harry and William continues.

Harry revealed “The relationship is space at the moment. And time heals all things, hopefully.”

He did not criticise his brother, and echoed past comments, saying: “I love William to bits, he’s my brother, we’ve been through hell together, we have a shared experience, but we were on different paths.”

Harry denied that he had “blindsided” his grandmother Queen with the bombshell statement about stepping down as senior royal.

The duke said he believed the report probably could have come from “within the institution”.

Meghan lavished praised on the monarch and said the Queen gave her “some beautiful pearl earrings and a matching necklace” for the couple’s first joint engagement together.

She told how she had not realised she would have to curtsey to the Queen.

The Duchess of Cambridge

Meghan said Kate made her cry ahead of her wedding at a bridesmaid fitting – not the other way round.

The duchess said Kate was “upset about some things and she owned it and apologised” and sent flowers.

But Meghan added that the false reports were a turning point.

She said “everyone in the institution knew that wasn’t true” and she hoped Kate “would have wanted that to be corrected”, adding “she is a good person”.

Asked by Winfrey why they left, Harry blamed a “lack of support and lack of understanding”.

He said members of his family suggested Meghan should carry on acting “because there was not enough money to pay for her”.

He added: “There were some real obvious signs, before we even got married, that this was going to be really hard.”

Meghan said her one regret was “believing them when they said I would be protected”.

Harry said he had been  “trapped within the system, like the rest of my family are”.

“My father and my brother, they are trapped. They don’t get to leave,” he added.

Shock at loss of security protection

Meghan revealed she wrote letters pleading with Harry’s family to not take away his personal protection officers, warning he was facing death threats.

Harry said he “never thought” he would have his security detail removed upon deciding to step back from royal duties.

He said: “I was born into this position. I inherited the risk. So that was a shock to me.”

Harry said his family “literally cut me off financially” in the first quarter of 2020 and he went for the Netflix and Spotify deals to pay for his security.

He said he had what Diana left him and “without that we would not have been able to do this.”

Meghan suggested she and Harry wanted Archie to be a prince so he would have security and be protected.

The duchess expressed her shock at “the idea of our son not being safe”, and the idea of the first member of colour in this family, not being titled in the same way as other grandchildren.

But Archie, who is seventh in line to the throne, is not entitled to be an HRH or a prince due to rules set out more than 100 years ago by King George V.

Related: Meghan asked by royal ‘how dark will baby’s skin be?’ in shocking racism claims